The LHSAA has finally set the parameters for competition for the 2022-23 athletic school year.

Out of this week’s appeals, a total of 26 were honored. The result is that those appeal-winning schools will now be classified as non-select rather than select schools for playoff competition.

In addition, there will now be just eight classes statewide, including four non-select classes, down from five, and four select classes, which remains the same.

In Tangipahoa Parish, the news was divided – Amite, Independence and Kentwood won their appeals to revert back to non-select status, but Hammond will stay select.

The new classifications will be in place for the entire school year, based on the actions of the LHSAA Executive Committee and the appeals made and considered. Principals will have a chance to weigh in at the annual LHSAA convention in January in Baton Rouge.

Eddie Bonine, Executice director of the LHSAA, released the following statement with final designations for select and non-select teams as well as number of teams to play in each state playoff bracket in 2022-23 (sports include football, boys/girls basketball, baseball and softball): 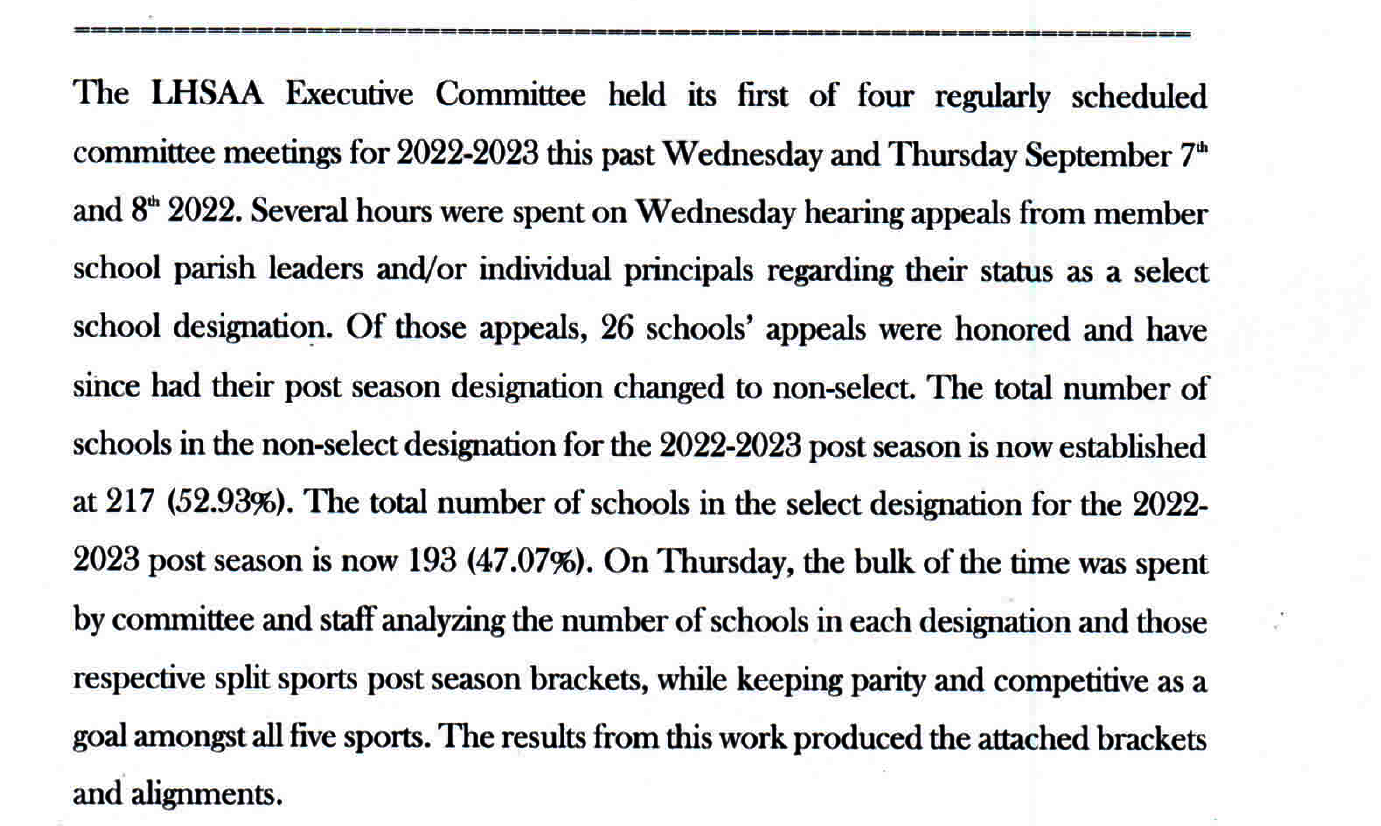 The following PDF details which schools are select and non-select as well as the size of the playoff brackets for each competition in the split sports: