The dominant force in Class 4A football over the last decade will, for now, play its final season in 4A this fall.

Edna Karr will move up to Class 5A for the next two years according to classification figures released Wednesday by the Louisiana High School Athletic Association.

Ed Daniels reports that Karr is interested in playing in a district with the Catholic League schools, according to Cougars head football coach Brice Brown. 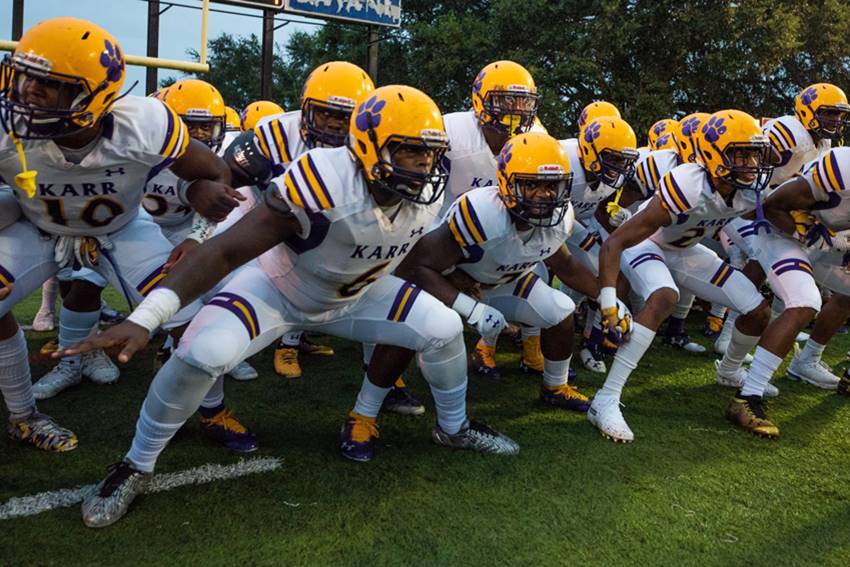 The possibilities are pretty intriguing. The Cougars and the Catholic League is a match made in football heaven.

Schools have until next Tuesday to challenge the enrollment figures and until next Wednesday to declare whether they will “play up” in classificiation, but one school has made a decision not to play up – Archbishop Shaw, which will leave the Catholic League and play in Class 4A.

“In conversation with both Fr. Steve Ryan and the athletic director, Thomas Alef, we made the difficult decision to play to our true enrollment in the 4A classification,” Shaw associate head of school Nicholas Marchese told Crescent City Sports Wednesday afternoon. “We have a lot of great things happening at Shaw right now and we think this is what is best for our school community for the next two years.

“We enjoy playing in the Catholic League – the teams, coaches and schools are some of the best in the state – and we hope nothing but the best for that district moving forward. In a couple of years, we may be in a place to decide once again to join that esteemed district.”

Four area schools have already made their intent known to play up – Archbishop Rummel, Archbishop Chapelle, St. Augustine and Ridgewood.

Two other members of the Catholic League – Holy Cross and John Curtis Christian – have not yet declared, but Curtis athletic director Johnny Curtis told Crescent City Sports following the LHSAA release Wednesday that the Patriots would remain in 5A and would be sending the paperwork to the LHSAA prior to the deadline.

Other changes of note in the metro area include no fewer than six schools – Booker T. Washington, Douglass, Kenner Discovery, Lutcher, McDonogh 35 and Sci Academy – moving up from Class 3A to 4A, and Country Day climbing from 1A to 2A.

Noteworthy drops in classification in the area include Higgins and Riverdale going from 5A to 4A, Thomas Jefferson going from 3A to 2A and Vandebilt Catholic dropping from 4A to 3A.

Elsewhere in the state, the most notable change is Carencro – which defeated Karr for the 4A football title last year – also moving up to 5A.