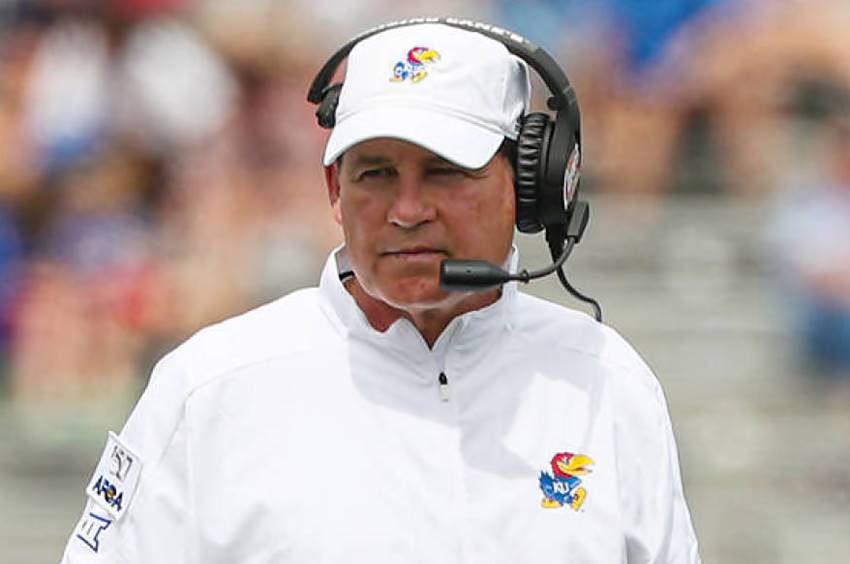 Les Miles is 2-4 in his inaugural season at Kansas, and the offense for the Jayhawks has already become an issue for the former LSU head coach. As a result, a change in his coaching staff came to fruition Sunday when he fired offensive coordinator Les Koenning.

Kansas analyst Brent Dearmon will take over Koenning’s role for the Jayhawks, who are averaging 22 points per game. After their upcoming week off with a bye, Kansas will try to rebound from a three-game losing streak at Texas. After that, Texas Tech and Kansas State will visit Lawrence in subsequent weeks.

Koenning was brought in after serving as the running backs coach at Southern Miss in 2018. He has been offensive coordinator at Duke, Alabama, Texas A&M, Mississippi State and South Alabama.

Miles is hoping to add some imagination and productivity to his offense. Dearmon is considered an RPO (run-pass option) expert who has even authored a few books on modern offense topics like gap scheme, power running, counter, plus inside and outside zone and buck sweep with passing options.

Dearmon was at Bethel University last fall, leading his team to a 10-0 mark while averaging 55 points per game. He has also spent some time at Auburn under innovative spread offense guru Gus Malzahn.

Koenning is owed $1 million over the next two years.