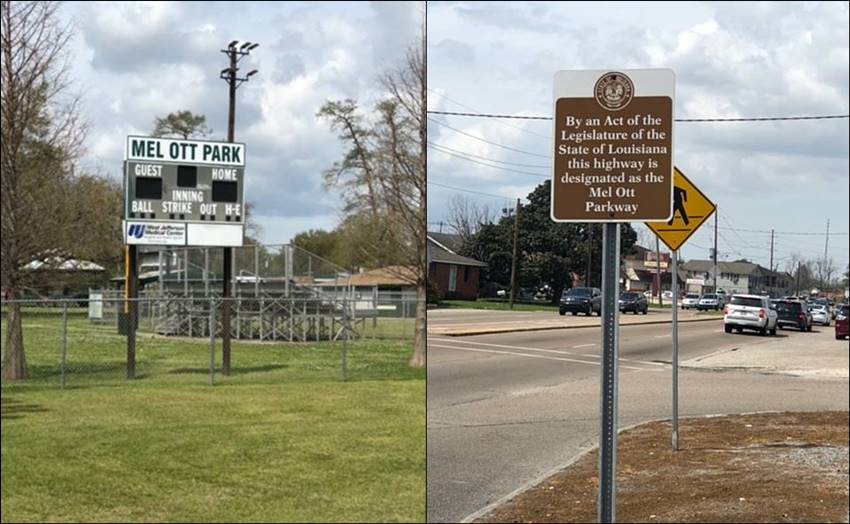 We’ve all heard the familiar expression “Nice guys finish last.” But most people don’t know the origin of the saying or about whom it was first said. The phrase was used by Brooklyn Dodgers manager Leo Durocher to describe former New Orleans area baseball great Mel Ott and his Giants team when the Giants were mired in last place during the 1946 season. Since then, the saying has been commonly used in non-baseball situations as well.

Ott was in his fifth season as the player-manager of the Giants in 1946. Going into a doubleheader with the Dodgers on July 4, their record was a dismal 28-40, while the Dodgers were seven games ahead of St. Louis for first place. The Dodgers had held first place since May 22.

The Giants won the first game of a twinbill at the Polo Grounds on July 4 but lost to the Dodgers in the second game, despite slamming three home runs.

Fred Stein, in his book Mel Ott: The Little Giant of Baseball, described a conversation the next day that led to the now-famous saying. Dodgers broadcaster Red Barber sat on the Dodgers bench before the next day’s game kidding around with Durocher. “Leo,” Barber provoked, “your guys were lucky to split yesterday the way the Giants were hitting, especially those home runs.” Durocher scoffed, “Hell, they were nothing, just cheap Polo Grounds specials.” Barber countered, “Come on Leo, be a nice guy and give credit where it’s due.” Durocher shouted back at Barber, “Nice guys! Do you know a nicer guy than Mel Ott? Or any of the other Giants? And where are they? The nice guys over there are in last place!”

Over the years since, the idiom stuck with Ott. He was indeed a nice guy. He had an easy-going style of management and was well-respected by his players as well as his opponents. He had a special way of maintaining a big-family atmosphere on the club without giving up authority. But Ott wasn’t nearly as good at managing as he was at playing.

By contrast, Durocher, whose nickname was “Leo the Lip,” had a tough-guy persona and was often at the center of controversy with the media and league officials. 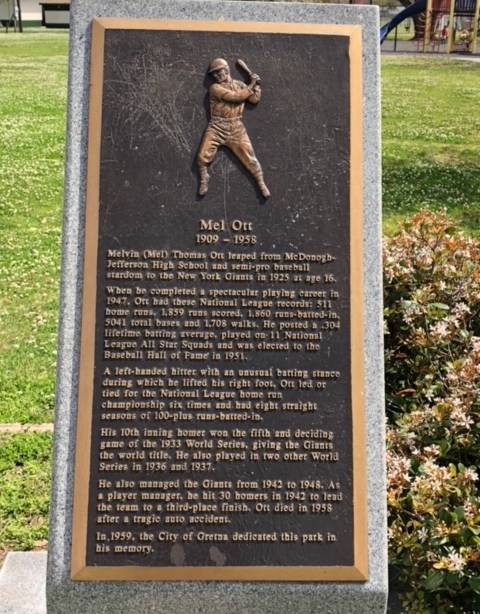 The rivalry between the Giants and Dodgers had always been a heated one. Brooklyn had played second-fiddle to its New York City counterparts, the Yankees and Giants, since the 1920s and 1930s when those franchises were winning frequent league championships. The tide turned for the Dodgers in the 1940s, as they became a first-division club, including a National League pennant in 1941 with Durocher at the helm.

Durocher was feeling good about the Dodgers’ chances for another pennant on that Independence Day in 1946, but they wound up being overtaken by the St. Louis Cardinals. Sure enough, Ott’s Giants finished in last place.

Ironically, Durocher replaced Ott as the Giants manager after 78 games of the 1948 season. Being the “good guy” again, Ott actually recommended Durocher to Giants ownership as his replacement.

While Ott had a losing record (464-530) as Giants manager, he had a Hall of Fame playing career. In 22 seasons, he had a batting slash line of .304/.414/.533. During 18 of his seasons, he was at Top 10 finisher in home runs and on-base plus slugging percentage (OPS). At the time of his retirement in 1948, he was the National League’s career leader in home runs with 511. After a short stint as a manager in the Pacific Coast League, Ott eventually transitioned into a broadcasting role for the Detroit Tigers.

In 1958 he was seriously injured in an automobile accident while driving to his home in Metairie from the Mississippi Gulf Coast and died a week later at age 49. A long-time popular baseball park in Gretna, Ott’s birthplace, bears his name. A section of Louisiana Highway 23 in Gretna was named Mel Ott Parkway by the Louisiana legislature in 2004.