LC running back Briscoe named to National Team of the Week 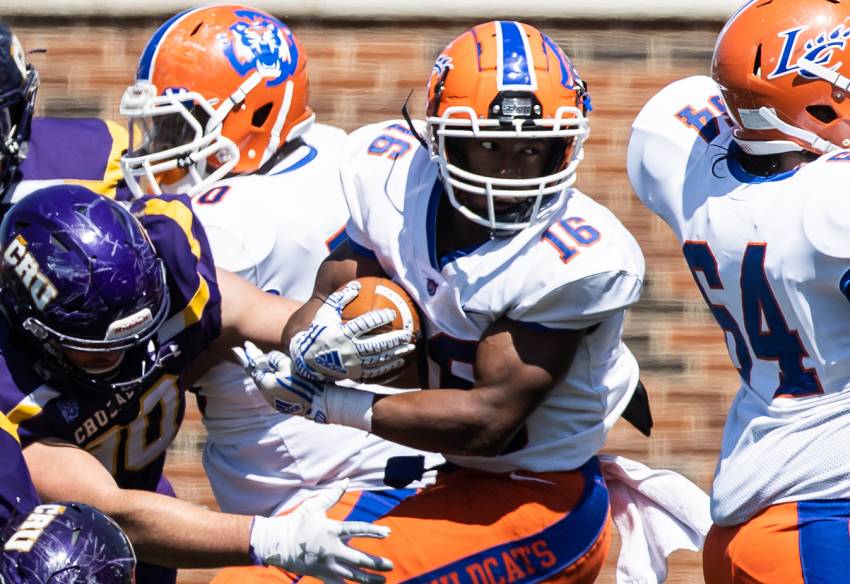 PINEVILLE, La. – Following a 200+ yard rushing performance that helped the Louisiana College football team amass nearly 10 times what Mary Hardin-Baylor had allowed on the ground for the season earned Devin Briscoe a spot on the D3football.com Team of the Week it was announced on Tuesday.

Briscoe, a freshman running back, rushed for 202 yards and two touchdowns against a Mary Hardin-Baylor defense that had allowed just 70 rushing yards total through three games entering Saturday’s contest, while his two rushing touchdowns was more than the Crusaders had allowed up to that point in the spring of 2021 as only one previous rushing touchdown had been scored against them. He also added one reception for 12 yards to account for 214 total yards in the contest.

Through the end of the special spring 2021 regular season, Briscoe leads the team with 417 total rushing yards and three rushing touchdowns.