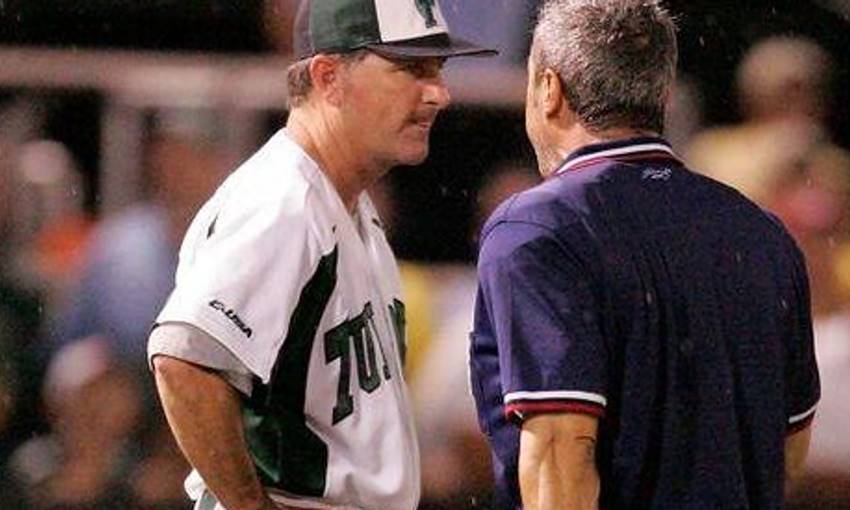 NEW ORLEANS – The Louisiana Baseball Coaches Association will induct former Tulane head coach Rick Jones into its 2021 Hall of Fame class according to an announcement by the organization.

The induction ceremony will take place at the LBCA’s annual convention January 15-16. Time and location will be announced at a later date.

Jones, who is also a member of the American Baseball Coaches Association Hall of Fame and the Tulane Athletics Hall of Fame,was the head coach at Tulane for 21 seasons (1994-2014), leading the Green Wave baseball program to 12 NCAA appearances, three NCAA Super Regional appearances and to the College World Series twice. Jones became one of the most decorated collegiate baseball coaches in the sport as well as the winningest coach in Tulane history. In 21 years at Tulane, Jones compiled a record of 818-445-2.

A staple of Tulane athletics, Jones’ resume is filled with accomplishments during his time on the Uptown campus. In 2005, he was named the National Coach of the Year by Baseball America after leading the Green Wave to a 56-12 season that culminated with the program’s second appearance in the College World Series, arguably the best season ever by a Green Wave baseball squad.

He was named the Conference USA Coach of the Year on three different occasions (1997, 2001, and 2005) while also being named the Coach of the Decade in 2005. He is still the winningest coach in C-USA history. Ten of his Tulane teams posted 40 or more victories, and his squads averaged 40 wins a season during his 20 full years at the helm of the program.

The LBCA is a non-profit organization that was started by Duane “Beetle” Bailey in 1985 to honor, promote and upgrade the game of baseball in Louisiana.
WE ARE NOLA BUILT
Tulane University is located in the city of New Orleans. It is a city built on tradition and resiliency. The lessons Green Wave student-athletes have learned through their connection with this university and city have BUILT doctors, lawyers, business leaders, conference champions, all-conference players, All-Americans, professional athletes and NCAA tournament teams. The city of New Orleans has shaped us into who we are today. We are One City. We are Tulane. We are NOLA BUILT. Check out our story at NolaBuilt.com.