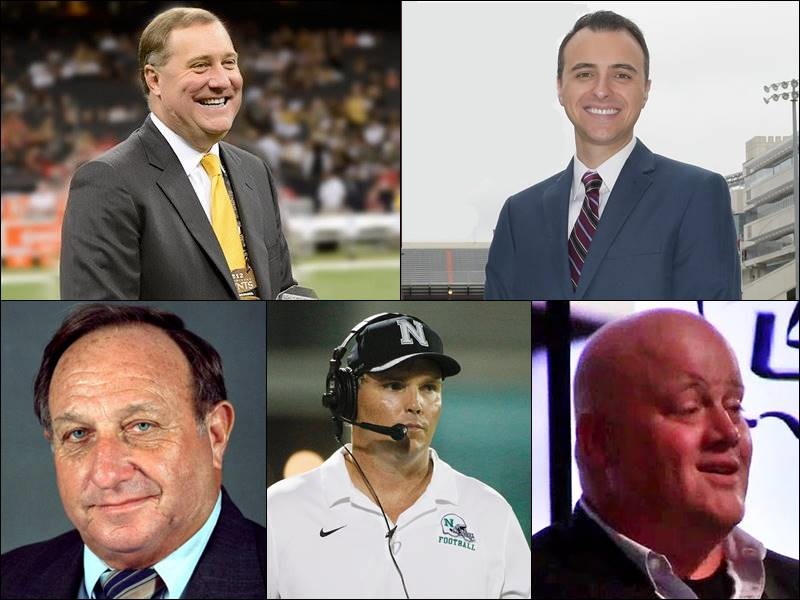 A native New Orleanian, Lauscha holds his M.B.A. from Loyola University after graduating from graduate of Jesuit and the University of Alabama. Lauscha joined the Saints as treasurer in 1998 and has worked his way up the ladder to preside over the organization, as well as the New Orleans Pelicans since 2012. Lauscha oversees financial operations, government affairs, marketing, ticket and suite sales, legal, stadium, community affairs, human resources, information technology and facilities departments.

A native of Independence and a graduate of Southeastern, Baglio is in his 17th year at LSU after a brilliant high school coaching career at Independence, where he served for 34 years, including 22 as head coach of the Tigers. He won 205 games, nine district titles and guided Independence to a pair of state championship game appearances.

Allegretta, a native of Yarmouth, Maine, is in his first year as Voice of the Green Wave. He graduated from Syracuse with a degree in broadcast journalism, performing play-by-play for the Orange before serving as a sideline host and pre-game host for Virginia Tech’s radio network. Allegretta also served in a play-by-play role for Charleston Southern and called minor league baseball games.

In his 14th year as head coach and 20th year overall as a coach at his alma mater, Stewart guided Newman to the state semifinals in 2017 for the second time in his tenure. Stewart also was a quarterback at Tulane.

In his fourth year as the head coach at his alma mater, Powell has led a renaissance at Cohen. His Green Hornets made it to the state playoffs for the first time in many years in 2018, winning six games. Powell worked previously as an assistant at East St. John, University High and Vandebilt Catholic.