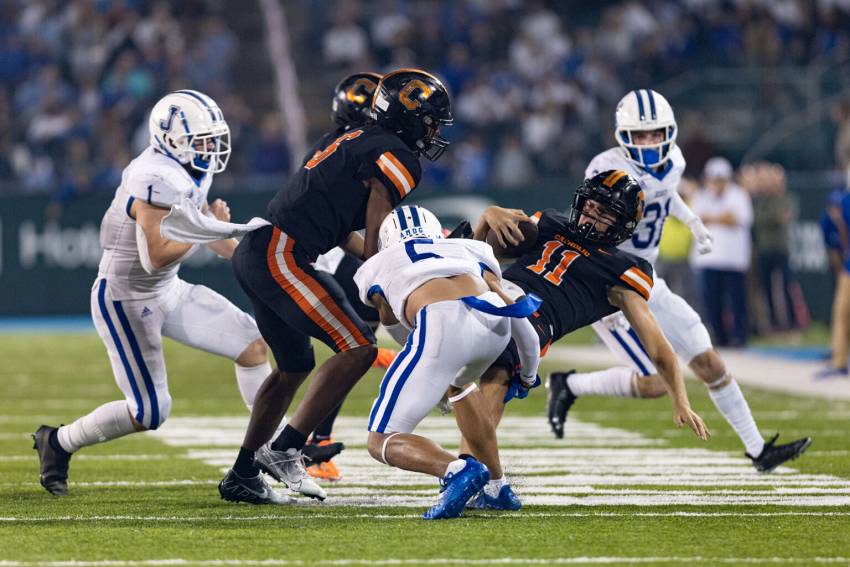 It could be one of the more interesting meetings in the recent history of the Louisiana High School Athletic Association.

On the agenda for next Thursday are several action and discussion items.

According to the agenda released by the Association, they include discussion of Bylaw 4.4.4.

The first sentence of that bylaw says the following.

“Make special rules to effect the spirit of fair play and good sportsmanship.”

Several administrators have speculated that the executive committee will use this rule to force the private schools back into the same championship venues as the public schools.

Of course, of the several administrators we have talked to, none are willing to go on the record to speak about this possibility.

However, the select school principals and athletic directors we have queried think this is a definite possibility.

I guess we will know Thursday.

For the LHSAA, forcing the private schools to play in the Superdome would be a good financial decision.

Last December, Divisions I thru III paid out a total of $264,000 to the six teams that played in these three football championship games.

This was a net payout after all expenses, and after the Association gets 10 percent of the football gate before any expenses are paid.

Jesuit and Catholic of Baton Rouge split $150,000 in profit for their Division I championship game at Yulman Stadium.

That number, when reported, sent a tremor amongst member schools.

In Division III, St Charles Catholic and Lafayette Christian each earned $16,000 for their Saturday afternoon game on Tulane’s campus.

Meantime, at the Superdome the following Saturday, Ponchatoula and Zachary played for the Class 5A championship.

Both schools brought thousands of fans. Ponchatoula got a check for just over $11,000.

The reason why is simple.

Playing in the Caesars Superdome costs hundreds of thousands of dollars.

Schools who play their championships at the Dome forfeit a large payday for the experience of playing in an iconic building.

Several principals and AD’s on the select side have said the following, while asking not to be quoted.

“We will be happy to go back to the Superdome, if we are playing for five championships.”

The chances of that are, remote, at best.

What I think is a fair question is the following:

If 4.4.4 can be used to force the private schools back to the same venue as the publics, why can’t that same rule be used to end the playoff split in baseball, basketball, football, and softball?

Under the Executive Director’s report and recommendations, there are more interesting items.

This could be possibly change the Association dramatically, if several schools are ruled to be select. That group includes Orleans Parish public schools such as Edna Karr and Warren Easton.

Both schools, who excel academically, can also draw students from anywhere in Orleans Parish.

Several dozens schools could fall under this new umbrella.

Here’s a question, and I think a fair one.

Many High School, whose former principal led the charge for the playoff splits in four sports, can draw students who play football from all of Sabine Parish.

They are the only football playing school in the entire parish.

Why isn’t the vaunted Many made a select school?

Also under discussion will be “post season bracket changes.”

Again, speculation from private schools is that select brackets could be whittled down. For instance in football, four Divisions could be pushed down to three. It would create larger playoff brackets. However, there would be great potential for a larger disparity in enrollment between two schools who would potentially be in the same playoff bracket.

So, the ball is in the court of Executive Director Eddie Bonine and the LHSAA’s executive committee.

When he arrived in Louisiana, Bonine did everything he could to end the playoff split. It almost cost him his job.

Not much has changed in Louisiana high school sports since his latest attempts did not bear fruit.

So, next Thursday, the select schools could or could not lose their ability to host their own championships. The definition of select and non-select could change dramatically. The structure of the playoffs in classes and divisions could be altered.

Only the power brokers in Baton Rouge know.

Which brings me to a question and answer several years ago when a reporter asked Rick Gaille, the late and very successful St. James football coach and later outstanding contributor to CrescentCitySports.com the following:

“Rick, how does the executive committee interpret the rules?”