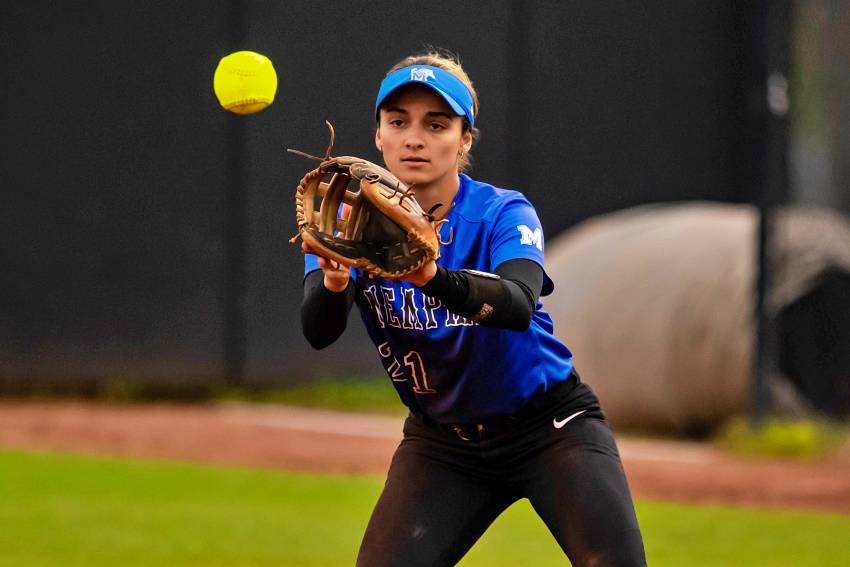 Dean signed her financial aid paperwork and will enroll at Tech for the fall quarter.

“Alyssa is a great addition and brings depth to our infield,” said Tech head coach Josh Taylor. “She also brings a lot of collegiate experience and a competitive will to win. That is what we are looking for moving into the 2023 season, and we are excited about her being a part of our program.”

Dean spent the past four seasons with the Memphis Tigers where she was named to the 2019 American Athletic Conference all-rookie Team as well as the league’s all-academic team. She is also an NFCA Scholar Athlete.

“I would like to thank Coach Taylor for the opportunity he has given me to play my fifth year at such an amazing university,” said Dean. “As soon as I stepped foot on campus, I immediately fell in love with the facilities. I remember walking onto the field and knowing this is exactly where I wanted to be.

“Right off the bat, Coach Taylor made me feel like family. He wants to develop me as a person and a student just as much as a player. I am so excited to be in Ruston and compete at such a high level with my teammates.”

During her high school days at John Curtis Christian, Dean helped lead the program to a pair of Louisiana Class 4A state titles. She earned all-state, all-metro and all-district honors multiple times in her career while batting .524 with eight home runs and 45 RBI as a junior. She also played basketball and was the national runner-up in judo.

Dean, who was high school teammates with current Techster Sierra Sacco, has one year of eligibility remaining.