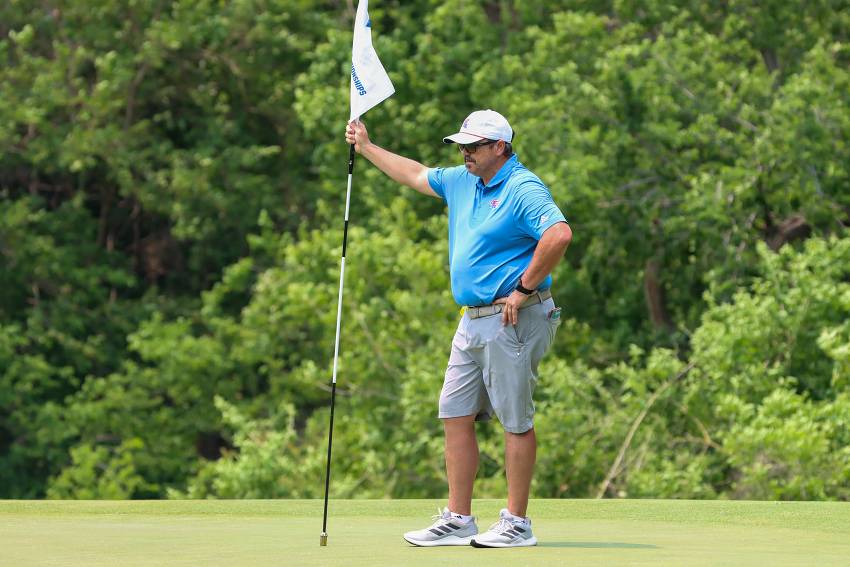 The contract extension is pending approval by the Board of Supervisors for the University of Louisiana System.

Terry just completed his fifth season at the helm of Bulldog Golf, a year that saw the squad have four top-five finishes and set a program record for posting nine rounds at par or better. It was also a season that had an individual selected for the NCAA men’s golf championships as Sam Murphy became just the second Bulldog ever to earn an at-large bid to a regional.

“Matt has recruited and developed some great golfers during his time as head coach,” said Wood. “The program is on solid ground with their production both on and off the field and I feel strongly that the team is knocking on the door of achieving even greater results.”

The 2021-22 season started out with LA Tech placing fourth at the Jim Rivers Intercollegiate, a home event where the Bulldogs shot a combined 854 (-10), their lowest 54-hole total since 2015 and fourth lowest on record. It was also an event that saw Sam Murphy take home first-place honors at firing a 203 (-13).

Murphy ended the season for the Bulldogs as well, tying for 23rd at the NCAA Norman Regional (third best finish ever by a LA Tech golfer at a regional).

“I am excited that our family will be here long term,” said Terry. “Ruston and Louisiana Tech have been great for my family and me. I appreciate the confidence that Gerald Jordan, Dr. Wood and Dr. Guice have in me. I know that as I recruit, players and parents want to know if the coach is going to be there for them. We are just getting started.”

LA Tech also had its best finish at the Conference USA Championships this past season since 2016, finishing in a tie for fifth and barely missing out on advancing to the match play portion of the tournament. James Swash was the team’s top finisher, tying for seventh with a one-under-par 215.

Academically, the program has had 35 C-USA Commissioner’s Honor Roll recipients, including a program record 10 during the 2021-22 academic year.