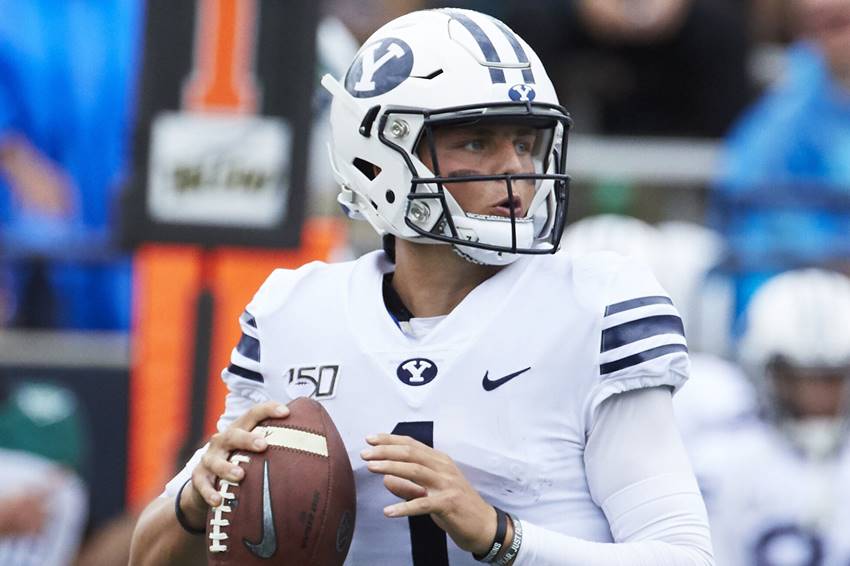 Louisiana Tech has garnered another nationally televised contest as the Bulldogs non-conference match-up against BYU on Oct. 2 in Provo will be aired live on ESPN2.

The Bulldogs and the Cougars will meet for the first time ever on the gridiron in a game that was announced Monday.

Head coach Skip Holtz and Co. saw the season opener against Baylor postponed after a COVID19 outbreak struck the program the days following Hurricane Laura knocking power out in 95 percent of Ruston.

With Baylor’s announcement this weekend of a newly-scheduled game against Houston, the opportunity for the Bears and the Bulldogs to play this year is no longer possible under the Big 12’s “conference-only plus one” scheduling model.

However, LA Tech and Baylor are still scheduled for a home-and-home with the Bulldogs going to Waco in 2022 and the Bears coming to Ruston in 2023.

Thus, for the first time in program history, Tech will play the BYU Cougars.

“I think this is a great opportunity for our football team,” said Tech head coach Skip Holtz. “Our guys want to play. Period. Normally I would be worried about scheduling an additional game on a bye weekend, but I think we have already seen that in 2020 … nothing is guaranteed. So this is a chance for our guys to play more football against a quality football team.”

BYU, an independent, has been actively seeking games across the country. The Cougars, who opened the season with a 55-3 win over Navy Monday night, now have a 9-game schedule with the addition of the Bulldogs. Tech will be one of three Conference USA opponents for BYU along with UTSA and WKU.

The Bulldogs are scheduled to open their season Saturday with a Conference USA road game against rival Southern Miss in Hattiesburg. The Bulldogs home opener will be Sept. 26 against Houston Baptist.

Season tickets are on sale for the 2020 season. With only a 25 percent capacity allowed at Joe Aillet Stadium due to state public health guidelines, Bulldog fans are encouraged to purchase season tickets while available.

For more season ticket information, call 318-257-3631 or go to LATechSports.com/tickets.