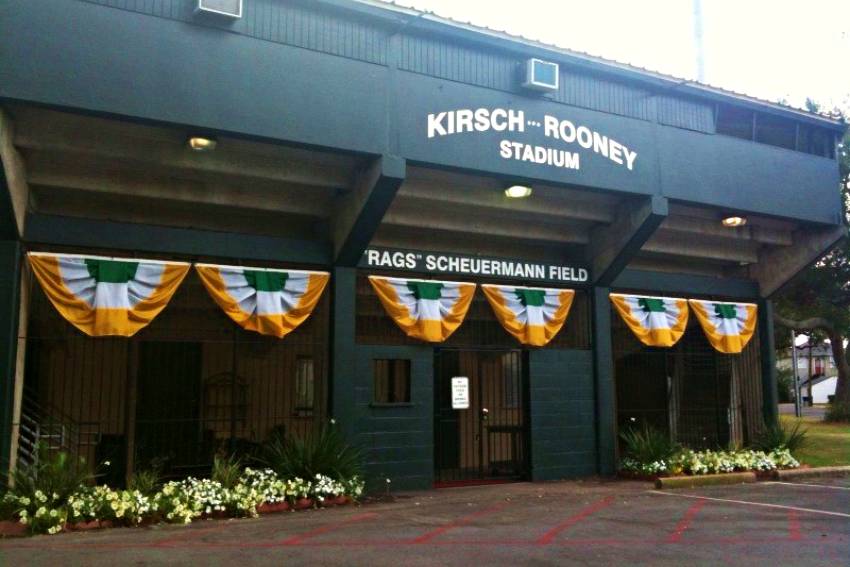 It’s also the 65th anniversary of the dedication of Kirsch-Rooney Stadium, the most prominent baseball diamond in the Crescent City.

The stadium is named in honor of Cyril Kirsch and Robert Rooney, neither of whom was known for his baseball career.

But their names were appropriately affixed to the home of the Delgado Community College Dolphins, the American Legion summer league and the All-American League and numerous prep games – more than 300 games each baseball season.

Baseball is the most American of games and Kirsch and Rooney are American heroes – born and raised in New Orleans.

The ballpark that bears their names will be dark on Father’s Day, but next week it will resume its role as the hub of summer baseball around town.

Kirsch-Rooney Stadium stands not just as a baseball park but as a monument to the all-too-brief yet heroic lives of Mr. Kirsch and Mr. Rooney.

The names Kirsch and Rooney fit together long before the combined moniker became synonymous with prep and college baseball in their hometown.

A story at www.Delgadoathletics.com and another that appeared in the Times-Picayune on December 7, 1991 (the 50th anniversary of the Japanese attack on Pearl Harbor) recount the inspiring lives of these members of the Greatest Generation.

They both played football at Jesuit High School and were teammates on the Blue Jays offensive line though they graduated two years apart from one another.

They both served America in World War II and both were awarded Purple Hearts posthumously. When the attack on Pearl Harbor thrust the United States into World War II, Kirsch was drafted into duty in the Pacific and Rooney, already attending the U.S. Military Academy at West Point, received an assignment to Germany. 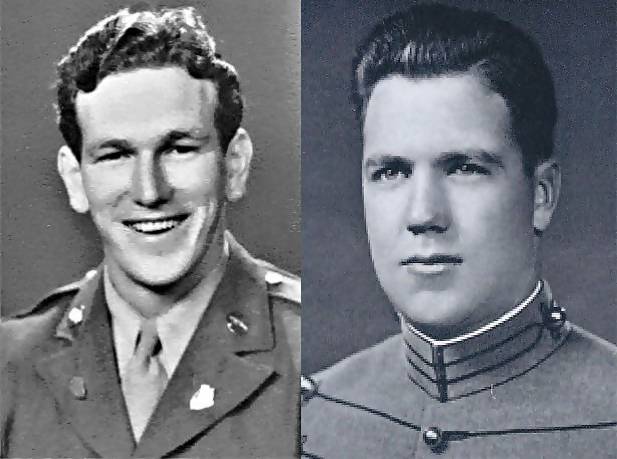 The one-time neighbors and high-school teammates were killed just a few weeks apart from one another, both at age 23, in the spring of 1945 as the war was nearing its end.

The fact that two young men from the same New Orleans neighborhood had perished while fighting for America led New Orleans councilman James Fitzmorris to introduce a bill to the full council on June 7, 1956 to name the new Delgado baseball field Kirsch-Rooney Stadium.

A week later Fitzmorris, who knew Kirsch well from their time together as students at Jesuit, sent a letter to the Kirsch family informing them of the ordinance.

Thus the names Kirsch and Rooney were linked forever. The formal dedication came on June 19, 1957.

The two men who were connected in so many ways both became leaders who would die while protecting the men under their command – Kirsch as an Army Sergeant and Rooney as an Air Force captain – though they served some 5,600 miles apart.

On March 21, 1945 Rooney went on what was scheduled to be the final run of his tour as he led a group of pilots on a mission to destroy targets in Germany.

The 65th mission that Rooney had flown was a success as he headed back toward his base at dusk. But he was blinded by the setting sun as was another flight leader and the two planes collided over Belgium.

Rooney attempted to regain control of his aircraft and allowed his two crew members an opportunity to parachute out of the plane. The bombardier successfully evacuated but Rooney and the other crew member were killed when the plane crashed.

Kirsch also was placing his men’s safety ahead of his own as he encountered the enemy.

It was the morning of April 21, 1945 when Kirsch led his platoon on a mission on the island of Okinawa. He sensed danger ahead and took the lead as his group was advancing.

He discovered a trap set by the Japanese that could have killed most of his platoon. He signaled his men to fall back and as he attempted to join them, a Japanese sniper fired a bullet that struck Kirsch in the stomach.

He died the next day.

The two American soldiers that became heroes half a world apart are now neighbors once again, resting barely half a mile from the baseball stadium whose name honors their service. 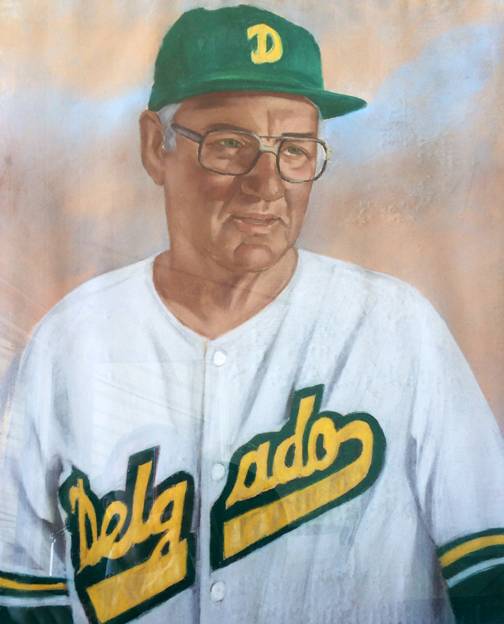 In 2003, Delgado added the moniker “Rags Scheuermann Field” to Kirsch-Rooney in 2003 to honor the long-time Dolphins baseball coach who also served as the stadium’s first supervisor.

Prior to his death in 1997, Scheuermann requested that the stadium’s name not be changed because he felt his name should not appear over those of the stadium’s original namesakes.

And thank you, Mr. Kirsch and Mr. Rooney.