BATON ROUGE – After three national championships as a head coach, two as a player, and one as an assistant coach, Kim Mulkey is coming home.

Mulkey, the most successful player-turned-coach in college basketball history, has been named head coach of the LSU women’s basketball team, Director of Athletics Scott Woodward announced on Sunday.

A native of Tickfaw, La., Mulkey comes to Baton Rouge as the most accomplished head coaching hire in LSU history. She returns to Louisiana as a six-time national champion and nine-time Hall of Famer who is set for induction into the Naismith Memorial Basketball Hall of Fame in May.

“Kim Mulkey is a champion and a Hall of Famer, and we are thrilled to welcome her home,” said Woodward. “Her accomplishments are unprecedented, her passion is unrivaled, and her commitment to winning in all aspects of life – in the classroom, on the court, and in the community – is unparalleled. We look forward to working with her as she instills that championship culture at LSU.”

In taking over for the Tigers, Mulkey becomes the eighth head coach in LSU women’s basketball history. Mulkey, who became the fastest coach in Division I history to reach 600 wins (needing only 700 games) in 2020, brings an overall head coaching mark of 632-104 to LSU. Her 600 wins in 700 games bettered the previous mark held by Adolph Rupp of Kentucky, who needed 704 games.

In 21 years as the head coach at Baylor, Mulkey led the Lady Bears to four Final Fours, winning three national titles. Her teams reached the Elite Eight six times and the Sweet 16 on five other occasions. In all, she led Baylor to an NCAA Tournament appearance 19 times in 20 years. She led Baylor to the Women’s NIT championship game in her third year in Waco.

A member of the 2020 Naismith Memorial Basketball Hall of Fame Class, Mulkey built Baylor into a national power, as they became just the third program in NCAA history to have at least three national titles to its credit when the Lady Bears beat Notre Dame, 82-81, on April 7, 2019. Mulkey’s other national championships at Baylor came in 2005 and 2012. Baylor’s NCAA title in 2005 was the first for a women’s sport in school history, and in 2012, she directed her team to the first 40-0 mark in NCAA history, capped off by a victory over Notre Dame in the championship game.

Individually, Mulkey has developed and produced some of the top players in women’s basketball history. At Baylor, she coached 19 different All-Americans to 85 honors by various entities, and eight players under her watch earned first-team All-America status by either the Associated Press, USBWA, WBCA or John Wooden selections.
Most recently, NaLyssa Smith captured the 2021 Wade Trophy as the nation’s top player. Smith was also a first team All-America and the winner of the Honda-Broderick Cup Award.

Off the court, Mulkey has prepared her student-athletes for the next level of life or competition. Of all the players who have started and finished their careers at Baylor, those student-athletes have a 100 percent graduation rate. In addition, Baylor has had nine 1st-round draft picks to the WNBA, 19 WNBA draft picks overall, and dozens of her players have played professionally overseas.

Mulkey’s impact on the Baylor program saw the school break all-time attendance records year after year, and they have ranked among the Top 10 nationally in attendance nine times. Baylor ranked a program-high No. 4 in 2012-13, and the Lady Bears have eclipsed the 100,000-fans mark at home for the past 14 of the past 15 seasons. In 2011-12, Baylor drew a Ferrell Center record-breaking 166,593 fans and in 2012-13 set an average attendance record of 9,160 fans per game. Since Mulkey’s arrival, more than 2.1 million fans saw Baylor home games.

Before joining Baylor, Mulkey spent 19 years as either a student-athlete or coach at Louisiana Tech, building the Lady Techsters into a national powerhouse. During her tenure in Ruston, Mulkey was associated with 11 Final Four squads and three national championship teams. She has either played or coached in the national championship game on eight occasions.

Over her 15-year stint as an assistant and associate head coach at her alma mater, Louisiana Tech posted a 430-68 (.864) record and advanced to seven Final Fours. Mulkey held the title of associate head coach for her final four seasons. Her responsibilities at Tech included coordinating recruiting, tutoring Lady Techster guards, overseeing the players’ academic progress and running the summer camps. Because of her diligence, no Lady Techster was ever declared academically ineligible.

As a player, Mulkey led the Lady Techsters to a 130-6 (.956) record, two national titles and four Final Fours from 1980-84. During that time, the 5-foot-4 playmaker, known for her spectacular passes and French braids, also led Louisiana Tech to its first two national championships (1981 and 1982) and was a part of the USA’s Gold medal-winning team at both the 1984 Olympics and the 1983 Pan American Games.

Mulkey averaged 6.38 assists and 1.56 steals per game and currently ranks second on Tech’s all-time list in assists and 12th in steals.

Her athletic career began at an early age. Mulkey, born and raised in Tangipahoa Parish, played Dixie Youth baseball as a 12-year old as well as two years of Pony League baseball and made the all-star team two of the three years. At Hammond High School, she led the basketball team to four-straight state championships, posted a 136-5 record and finished her career with a then-national record 4,075 points. She earned all-district, all-state and All-America honors each of her four years at Hammond High. She also graduated as her class’ valedictorian with a perfect 4.0 grade point average. Mulkey has a street named after her in her hometown of Tickfaw.

Makenzie (Robertson) Fuller served as associate director of basketball operations for the Lady Bears. She was a four-year letter winner on Baylor’s basketball team, and during her career the Lady Bears posted an impressive 140-10 record, which included eight Big 12 crowns and an NCAA national championship (2012).

Fuller, a three-time Academic All-Big 12 honoree, was named to both Baylor’s Dean’s List and the Big 12 Commissioner’s Honor Roll numerous times. She earned both a bachelor and master’s degree from Baylor and married former Baylor football and professional baseball player Clay Fuller in 2015. The couple had a son, Kannon Reid Fuller, in 2018, and is expecting a daughter, Sage Avery, in June.

Kramer attended LSU, where he became a fan favorite on the highly-touted Tiger baseball team. Known for his toughness, competitiveness, and knack for clutch performances, Robertson was a first team All-SEC shortstop and second team Louisville Slugger All-American in 2016, and garnered third-team Collegiate Baseball All-American, honorable mention Perfect Game All-American and second-team All-SEC accolades in 2017. After returning for his senior season and leading LSU back to the College World Series in 2017, which resulted in a runner-up finish, Kramer was selected in the fourth round of the MLB Draft by the St. Louis Cardinals. He’s currently a member of the Memphis Redbirds, the AAA affiliate of the St. Louis Cardinals. 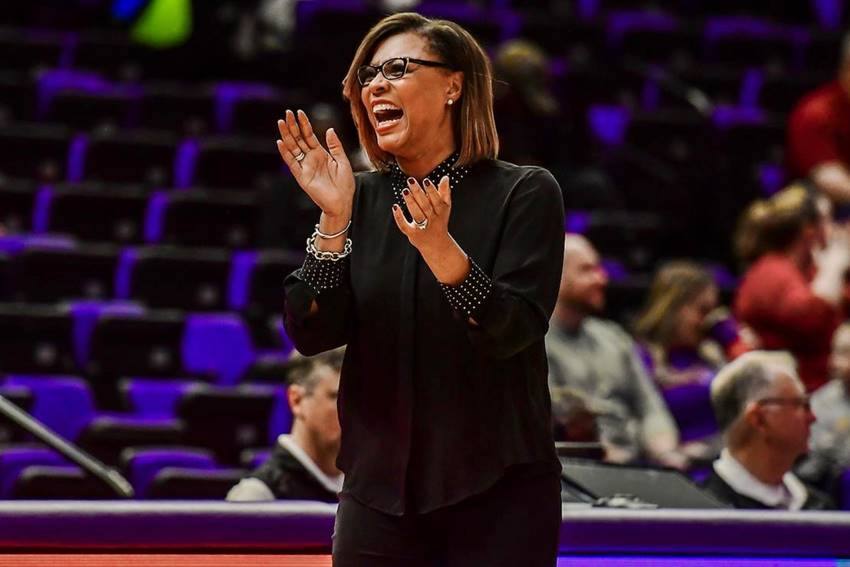