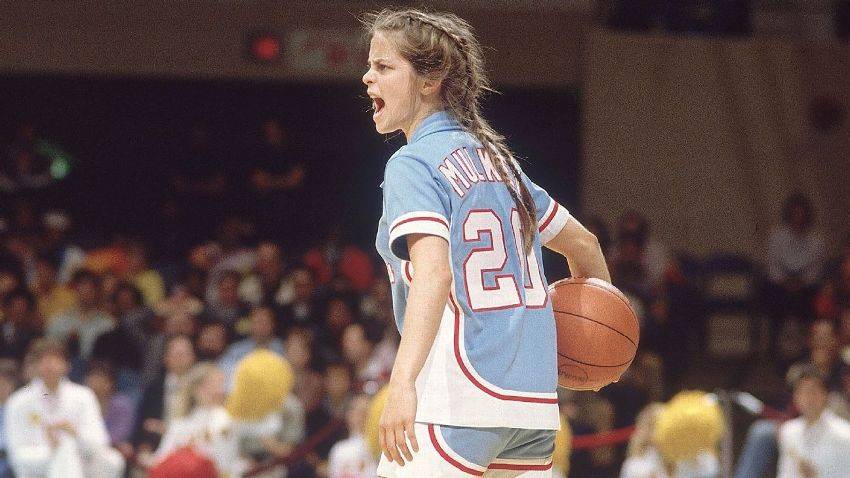 “The first time I saw her she was in the 10th grade,” said Barmore, a 2003 Naismith Memorial Basketball Hall of Fame indcutee. “She won four state championships at Hammond High School. What I noticed the first time I saw her is when she came out for warmups, she had the type of charisms where everyone was looking at her. She was averaging 38, 39 points a game and was the biggest draw in women’s basketball in the state of Louisiana. Just the way she carried herself. She showed it in her mannerisms that she came to do one thing … win. That is what stood out to me.”

Mulkey, recently hired as the LSU head coach after a highly successful stint at Baylor, will join Barmore, Karl Malone and Teresa Weatherspoon as Louisiana Tech alums in the Naismith Memorial Basketball Hall of Fame during the enshrinement ceremony Saturday.

Her success on the hardwood as a head coach does surprise Barmore. He remembers her as a young assistant coach on the Lady Techster staff in the mid-1980s following her remarkable playing career in Ruston.

“Kim was a sponge for knowledge,” Barmore said. “She listened. She learned. She took notes. Kim is a self-made coach. She set her goals higher than most people. And let us face it, she achieves those goals. She was willing to learn and to listen. And because of that when the time came, she was ready to be a great head coach because of her background. I gave her so many responsibilities. I made her learn everything, and she wanted to learn everything. I knew she would be ready to be a great head coach when the opportunity presented itself. And that’s what she has been.”

After leading Louisiana Tech to an incredible mark of 130-6 and two national championships as the starting point guard for the Lady Techsters (1980-84), Mulkey served on Barmore’s staff in Ruston for 15 years. She was a part of another six Final Four appearances and the 1988 national title team that defeated Auburn 56-54 in the championship game.

That DNA drove Mulkey to win at every stop, from leading Hammond High School to multiple state championships to Louisiana Tech to multiple national championships as a player and coach to Baylor with two national titles as a head coach. She became the first woman to have won NCAA Division I basketball titles as a player and a head coach, and only the fourth person joining Joe B. Hall, Bobby Knight and Dean Smith.

“I think from day one she was a competitor,” said Barmore. “I think the one thing Kim did as a coach was she made every player accountable. She did not leave a door cracked open for a player to do what they wanted to do. If they came into her program, she was not going to allow them to be second best. Her practices were something to watch. That’s where you develop your team. In practice. She drove her players with that fire in her belly. She made her players feel the same competitive way she did.”

Mulkey amassed a record of 632-104 during her time at Baylor, but Lady Techster fans will always remember her pigtail days in Ruston.

“Kim has earned the right to be in Springfield,” said Barmore. “It will be the greatest single happening in her professional career. It is the pinnacle of her coaching career. I am so proud that we have four people from Louisiana Tech in (the Naismith Memorial Basketball Hall of Fame). I stick my chest out with pride that Karl (Malone), Teresa (Weatherspoon), Kim and Coach Barmore are all in there.”