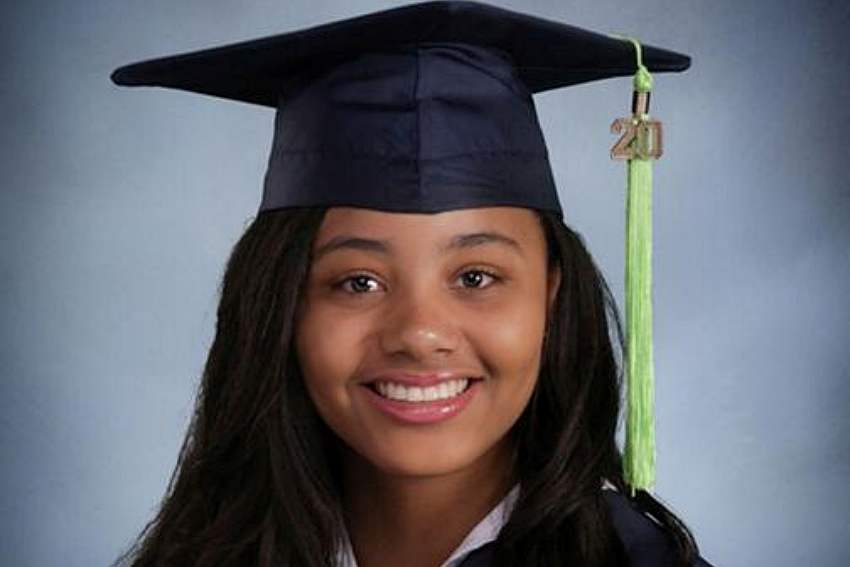 The class Valedictorian of the very first senior class in Kenner Discovery history, Nicholas was first in her class with a 4.0 GPA and earned 11 varsity letters combined in girls basketball, softball track and field and volleyball.

Nicholas, who graduated in 2020, is now a freshman set to play softball at Xavier University.

INDIANAPOLIS, IN (January 8, 2021) — The two winners of the 2020 NIAAA Student Essay Scholarship Program were announced on December 11, 2020 during the Opening General Session of the National Athletic Directors Conference. The 51st National Conference, jointly sponsored by the National Interscholastic Athletic Administrators Association and the National Federation of State High School Associations, took place virtually for the first time ever. The NIAAA Scholarship program, now in its 14th year, receives nomination forms and student essays from all 50 state athletic administrator associations and the District of Columbia. The eight sections that make up the NIAAA then choose a male and female winner from the states within their section to produce 16 finalists. The NIAAA Board of Directors evaluate the finalists’ scholastic record, athletic participation accomplishments, citizenship and leadership credentials to choose the one male and one female national recipient. The winners did read their essay and received a $2500 scholarship, however as a result of the national conference being virtual, the NIAAA sent the recipients their trophy and plaque for their high school through the mail. Following are the two 2020 recipients:

Cole Hagen kept a well-balanced high school career comprising of school duties, athletics, and community engagement. He graduated with a 4.0 grade point average from Corner Canyon High School and will attend Yale University in Connecticut. The Director of Athletics at Corner Canyon is Patrick Thurman, RAA.

A four-time state champion, Cole participated in three varsity sports at Corner Canyon. He played football and track for four years and basketball for three years – earning nine varsity letters in total. In addition, as a QB on the football team he was named team captain his senior year, the 2019 Gatorade Player of the Year, and the 2019 Utah 6A MVP.

“Being able to lead through inspiration is a great characteristic, and one that Cole will be able to continue to use the rest of his life in his various endeavors,” Thurman said.
The 4.0 grade point average Cole earned put him at the top of his class. Within his school, he was involved in Especially For Athletes (E4A), a group that engaged responsibly and positively in competitive endeavors. He also was a part of the National Honor Society and volunteered 30 hours of service per year.

In the community, Cole gave his time to the Draper Rehab Care Center and the St. Vincent Homeless Shelter, among others.

Najah Nicholas was valedictorian of the inaugural senior class to graduate from Kenner Discovery Health Sciences Academy. As one of the founding students, Najah’s leadership helped develop the athletic program to be fairly competitive. The athletic administrator at Kenner Discovery, Jeryl Fischtziur, CAA experienced Najah’s leadership first-hand.
“It has been a pleasure to coach Najah on our girls basketball and softball teams, as her example of hard work and leadership has helped build both programs into state playoff teams,” Fischtziur said.

With a 4.0 grade point average, she finished first in her class. Najah held several school leadership positions. She was the Student Council Executive Board Vice President, the National Honor Society Historian, and Founder and President of the American Sign Language Club. In addition, she also participated in the Chick-fil-A Leadership Academy.

Najah’s community activities included giving over 500 hours volunteering at Ochsner Medical Center and UMC, being a junior counselor for Camp Discovery and Greater New Orleans Association of Student Councils, and spending around 30 hours a year tutoring. Najah is now a freshman at Xavier University of Louisiana and is a member of the softball team.