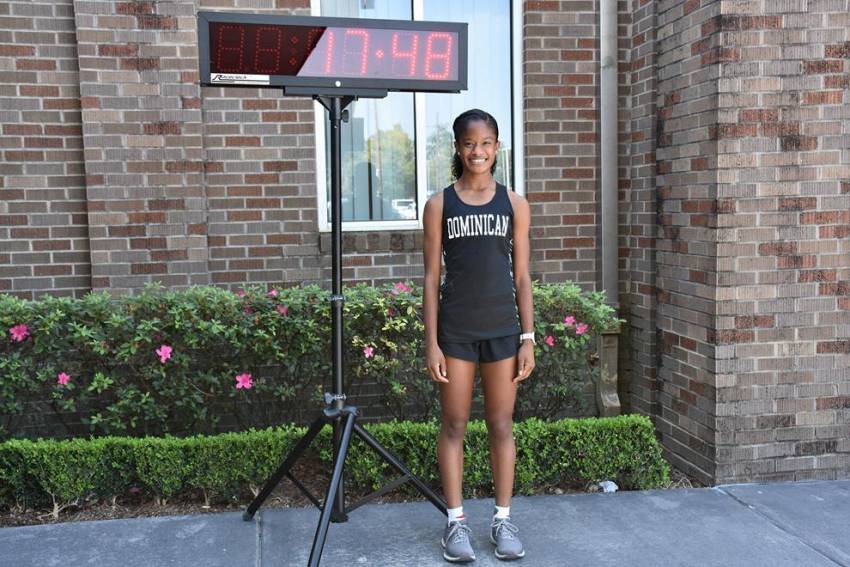 The 5-foot-5-inch junior distance talent led Dominican to second place as a team at the LHSAA Class 5A State XC Championships this past season, breaking the tape to win the individual title with a time of 18:33.50 over the three-mile course—the fastest all-class clocking of the day. A three-time LTFCA All-State selection and named Outstanding Runner on the 2020 All-Metro Team, Major became the first Dominican girls competitor to break 18 minutes over three miles when she set a school record (17:48.37) in taking second at the St. Joseph’s Academy Invitational, her only loss of the season. Also three-time Region 3 and District 9 champion, she rebounded from a torn anterior cruciate ligament in her knee in April of 2019 to finish second at the state championships as a sophomore.

Major is a three-year member of her school’s Student Leadership Council, which collaborates with teachers and administrators to improve student life and provide classmates with ideas and solutions to enhance their learning experience. She is also a three-year member of the Spanish Club, Spanish Honor Society, National English Honor Society and National Honor Society. An active member of her St. Pius X church community, she donates her time mentoring youth soccer players with her club team. “Kelsey is an extremely motivated, and self-disciplined multisport athlete,” said Casey Keiser, head coach at Mount Carmel Academy. “She is a person who consistently puts forth effort to maximize her talents. She is well respected by all of her opponents and shows good sportsmanship before and after each race.”

Major has maintained a 4.67 weighted GPA in the classroom. She will begin her senior year of high school this fall.

Through Gatorade’s cause marketing platform “Play it Forward,” Major has the opportunity to award a $1,000 grant to a local or national youth sports organization of their choosing. Major is also eligible to submit a 30-second video explaining why the organization they chose is deserving of one of twelve $10,000 spotlight grants, which will be announced throughout the year. To date, Gatorade Player of the Year winners’ grants have totaled more than $2.7 million across 1,117 organizations.

To learn more about the Gatorade Player of the Year program, check out past winners or to nominate student-athletes, visit www.playeroftheyear.gatorade.com, on Facebook at www.facebook.com/GatoradePOY or follow us on Twitter at www.twitter.com/Gatorade.