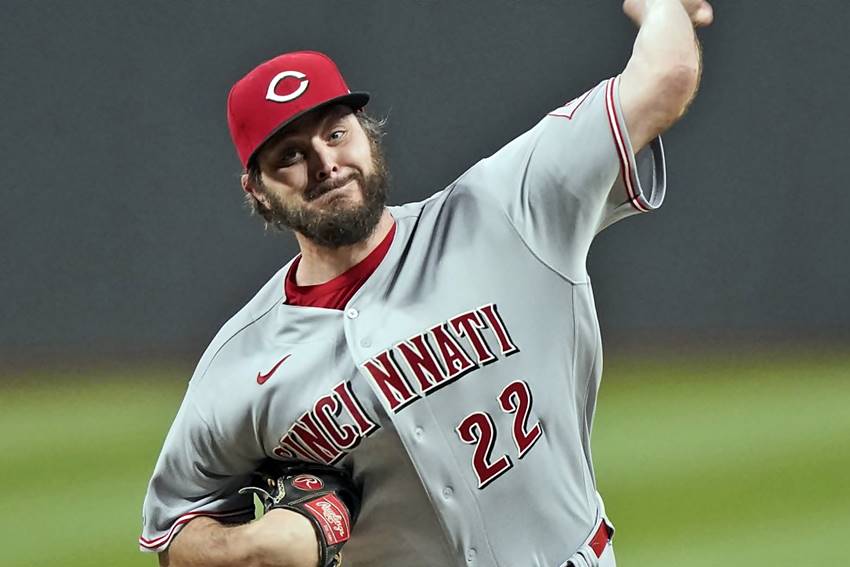 HAMMOND, La. – A first for the Southeastern Louisiana University baseball program was registered over the weekend in a rather unsuspecting fashion. In the Cincinnati Reds’ 10-0 victory Friday evening over the visiting Pittsburgh Pirates, a pair of Lion Baseball alums faced off against each other for the first time at the Major League level.

Reds starting pitcher Wade Miley (9-4), the Southeastern Hall of Famer, logged seven shutout innings to pick up the win against Pittsburgh. It was, however, the Loranger High alum’s 0-for-3 effort at the plate that included a Southeastern milestone.

With the Pirates already down by nine and Miley leading off the bottom of the sixth inning, Pittsburgh manager Derek Shelton called upon Southeastern alum Kyle Keller to log some work in relief.

“We have our scouting meeting before the series to get ready for the opposing hitters, so leading up to the game I knew there was a possibility of facing him,” the Jesuit of New Orleans alum Keller said. “Being from the same school and having been in the majors for a while, he’s a guy I’ve looked up to while working my way up through the minors.”

On in relief of starting pitcher JT Brubaker, the appearance was Keller’s 16th of the season and 28th of his big-league career.

“When they announced [Keller] was entering the game, I was telling the fans sitting behind the on-deck circle that he was a buddy of mine and hoped he wouldn’t get the best of me,” Miley said.

“My first fastball was up and in,” Keller said. “Wade started yelling back at me.”

The not-so-heated exchange did not last long and Keller eventually retired Miley on a fly ball to left field.

“I don’t remember what I said, but we definitely made eye contact after,” Miley said.

Keller allowed a solo home run and a walk in his one-inning stint, striking out one in the Pirate loss. The pair caught up with each other the next day, able to laugh and talk about the previous night’s game.

While this was the first matchup of Southeastern alums at the MLB level, it was not the first time multiple former Lions have appeared in the same big-league game. Miley, then with the Arizona Diamondbacks, and Steve Clevenger of the Chicago Cubs appeared in the same game, but did not face each other, back during the 2012 season.

Clevenger, a converted infielder, also served as Miley’s batterymate for six starts while with the Seattle Mariners during the 2016 season.

Keller, then with the Miami Marlins, and Washington Nationals’ reliever Tanner Rainey both appeared in relief during a pair of games in a 2019 series in south Florida, although neither were in the contest at the same time.

A favorable schedule for the playoff-hopeful Reds leaves open the possibility Miley could get a chance to atone for his flyout.

“We face Pittsburgh a couple more times in September, so we could possibly face each other again,” Miley said.

With a single game scheduled for Monday evening in Cleveland, making up for a previous postponement, Miley is now slated to start again Wednesday in Atlanta.

Following a trade deadline that found the Pirates as sellers instead of buyers, the remainder of the 2021 season serves as a chance for Keller to earn a more permanent spot on the Pirate staff.

“I’ve really enjoyed my first extended look at the majors,” Keller said. “The last week has been tough for me pitching, but spots are open and they’re trying to figure out where everyone fits. Being new to the team, I’m ready to pitch from the first inning on because you don’t want to be surprised when you receive that call.”