The 5-foot-8, 150-pound senior swept the 110- and 300-meter hurdle events at the Class 5A state meet, clocking personal-best times in both and leading the Lions to a third-place finish as a team. Crockett’s time of 13.76 seconds in the 110 set a class record and ranked as the nation’s No. 10 clocking among 2021 prep competitors. According to MileSplit.com, it was the No. 4 wind-legal performance in state high school history. His 36.42 in the 300 ranked No. 3 nationally in 2021 and set an all-state record. Also the winner of the 110 hurdles at June’s Track Houston 2021 Championship, he chipped in further at the state meet by anchoring the Chiefs 4×400 relay quartet to a win in addition to handling the second leg of the squad’s 4×200 foursome, which finished third.

Crockett has volunteered locally at Rowland Baptist Church vacation bible school for the last six summers. He has also donated his time to Rolling Hills Ministry Thrift Shop, a Race for a Cure and the Louisiana State Games, in addition to being involved with the Chick-Fil-A Leadership Academy, Junior Civitians, his school’s Spanish Club and Duke University’s national academic talent search program known as Duke TIP. “Kashie has been an exemplary student-athlete,” said Morgan Smith, head coach at Ouachita Parish High. “Not only is he a leader for his peers, but also plays a coach-like role for our younger athletes. He is selfless when it comes to events we plug him into and he’s willing to do whatever is necessary for the team to succeed. He has provided the encouragement and motivation to bring our team to new levels of achievement.”

Crockett has maintained a 3.86 average in the classroom. He has signed a National Letter of Intent to compete on an athletic scholarship at the University of Louisiana at Lafayette this fall. 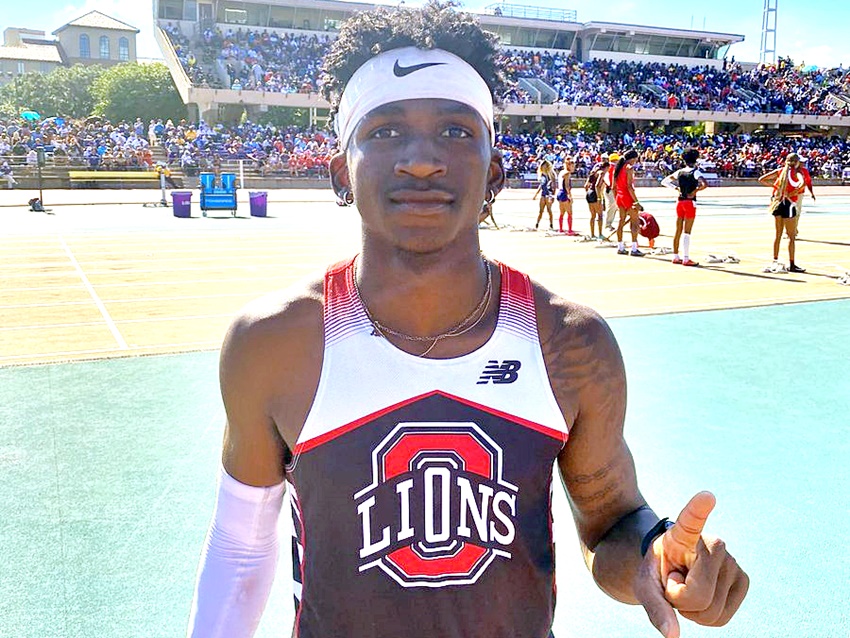 Crockett, who signed a National Letter of Intent to run for the Ragin’ Cajuns beginning this fall, is now a finalist for the prestigious Gatorade National Boys Track & Field Player of the Year which will be announced later this month.

Through Gatorade’s cause marketing platform “Play it Forward,” Crockett has the opportunity to award a $1,000 grant to a local or national youth sports organization of their choosing. Crockett is also eligible to submit a 30-second video explaining why the organization they chose is deserving of one of twelve $10,000 spotlight grants, which will be announced throughout the year. To date, Gatorade Player of the Year winners’ grants have totaled more than $2.7 million across 1,117 organizations.