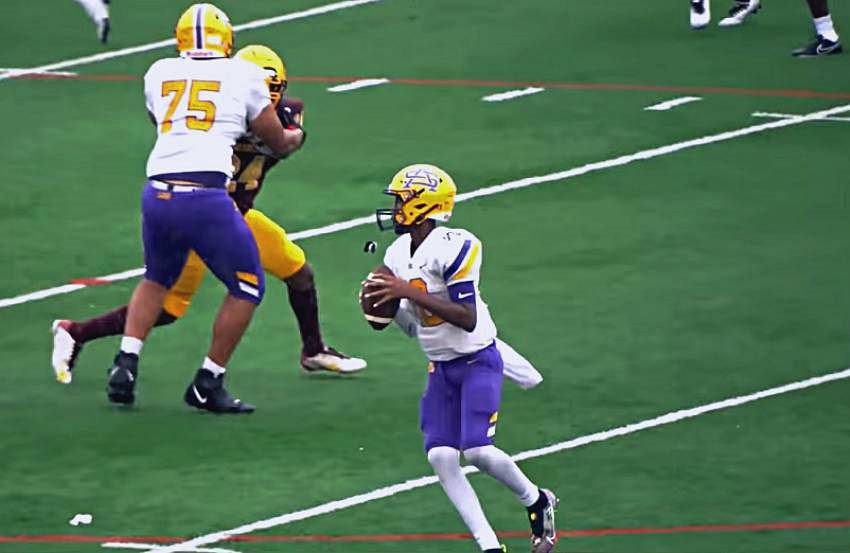 It is matchup pitting the teacher vs. the pupil.

Karr battles St. Augustine at 6 p.m. Saturday night at Tad Gormley Stadium, in a showdown you can watch live and via replay at Crescent City Sports.

Foster coached with Brown at Karr for six years before moving on to St. Augustine.

In 2020, the pupil got the best of the teacher as the Purple Knights edged the Cougars 27-26 in what was an upset.

The impact of the emotional win was felt the following week when Rummel beat St. Aug 31-19.

Which team responds best after such last week’s victories is likely to be victorious Saturday night.

This time around, it is a district game as Karr has joined the juggernaut that is 9-5A and it is the district opener for both teams.

What a way to start.

In 2020, St. Augustine athletic director Barret Rey was searching for a head football coach. Rey concentrated his efforts solely on Brown, trying to lure him away after Brown guided Karr to four consecutive state titles.

Brown was flattered, listened intently and ultimately decided to stay at Karr.

The Karr program has been as successful as any in Louisiana. St. Augustine has tapped into that success. Both teams are 3-0.

Karr has been dominant, demolishing Landry, Scotlandville and Easton by a total of 153-34.

Senior quarterback A.J. Samuel has been terrific, and the Cougars running game has been superb, led by senior Deantre Jackson and Christopher Vazquez.

“Playing our first game in the district against my best friend is special,” Brown said. “We went to high school together. We are running the same offense, the same defense and the same special teams. I’m looking for forward it.”

With a huge crowd expected, it will be easy to get caught up in the emotion of the moment.

You can’t put too little in each game and you can’t put too much in it,” Brown said. “You have to play with emotion but not with too much emotion. The alumni are probably the most excited people of all on both sides. If Cooper is their backup quarterback, that is really impressive. Their defense is really lights off.”

St. Augustine has as many Division I prospects as any team in Louisiana.

The Purple Knights are led by junior quarterback Amare’ Cooper, who has stepped in and played extremely well in the absence of Dawson Simmons, who has been injured.

Michael Malone has been good in the secondary for the Purple Knights while junior defensive lineman Cornell Harris is a force.

“It is just one game but it will be a fun one,” Brown said. “We know it will be a challenge and we are ready for the challenge of this new district and class.”