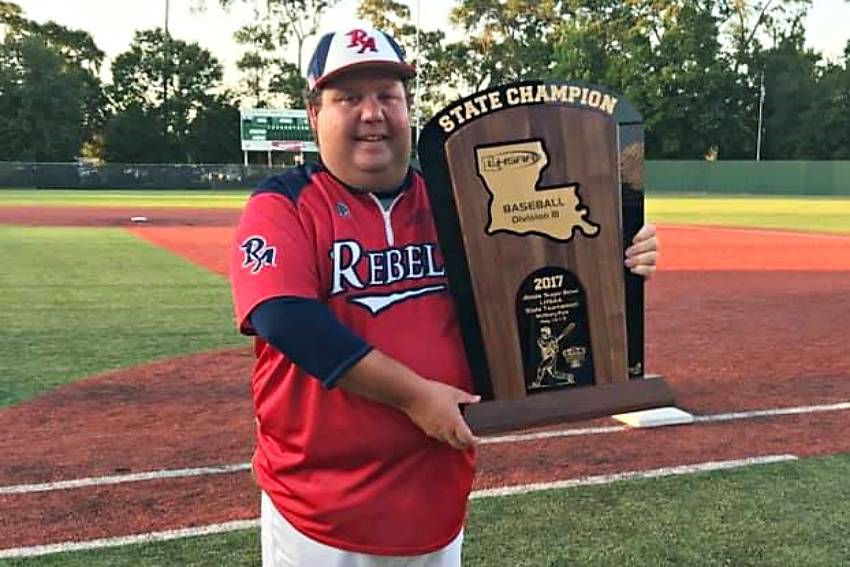 At Riverside, Collins was an integral part of Frank Cazeaux’s staff which won a state championship in 2017 in Division III.

Cazeaux is also a former head baseball and football coach at St. Martin’s.

“Johnny is a great baseball guy who knows and loves the game and will do a great job at St. Martin’s,” Cazeaux said. “He will fit in very well and will get the most out of his players.”

Collins was the head coach at Grace King (2018) and he was the Director of Baseball Operations at Southeastern Louisiana in 2004.

Most recently, Collins has also worked at The Good Shepherd School (2018-21) on a full-time basis while serving part-time at St. Martin’s.

“I am humbled and honored and very appreciative of the opportunity,” Collins said. “I am very thankful for Coach Benoit for bringing me there. We are long-time friends and former roommates. The bond is strong. I never saw it turning in this direction. I am so grateful that St. Martin’s has the trust in me to handle this position and I value it greatly.”

The Saints went 9-18 this past season against a tough schedule, facing the likes of Holy Cross, St. Augustine, John Curtis, Newman, Archbishop Shaw and South Lafourche.

“We were young last season so we like our future,” Collins said. “We played a tough schedule last year. We have a multitude of young players who helped us last year and we have a good crop of young kids joining us this year who played this summer who will make an immediate impact. We are positioned to compete in the long-term.”

Collins truly believes that he can succeed at St. Martin’s.