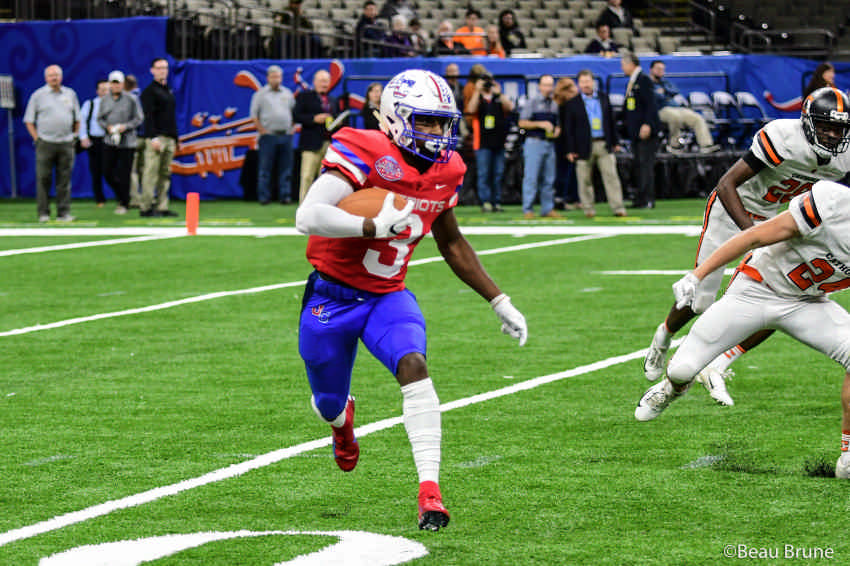 John Curtis speedster Corey Wren is considered the fastest high school player in the state of Louisiana, with a 10.4 100 meters and 4.31 40-yard dash.

Speed and the SEC are synonymous, so it was no surprise with Wren committed Friday to the Georgia Bulldogs.

The 5-foot-10, 176 pounder is the 15th pledge for the upcoming UGA signing class. The decision came down to Georgia, Arizona State, Houston, Florida State and Kansas. The Jayhawks had assistant coach and former Warren Easton head coach Tony Hull putting on some pressure.

“Tony Hull has been talking to me,” said Wren. “I know Pooka (Williams) is there. I knew what they are doing. I know Les Miles will do some good things there.”

Wren was waiting for his birthday in July to commit but pulled the trigger early. He wanted to put it behind him well before the 2019 season. Wren holds a 3.0 GPA and will take his ACT soon.

Even though Corey played football in both eighth and ninth grades, he made a jump his sophomore campaign.

Wren had 886 yards rushing last season with an impressive 10.8 yard average and 10 touchdowns. He added 95 yards as a receiver in the run-heavy Patriots veer offense under the legendary Curtis, entering his 51st season on the sideline with 582 victories and 26 state titles.

Wren will look to play his senior season at 185 pounds, Curtis noted while explaining how the senior has become more physical.

“Three quarters through the 2018 season, we saw him begin to drop the shoulder,” Curtis said. “He began to also develop into a good pass blocker. He will continue to work on his receiving skills. If he gets the ball on the corner, you won’t catch him. But he needs to continue to fine tune his skills as a runner and not just rely on his speed.”

A light seemed to come on last season for Wren, and the added confidence led to more production. It was a simple inside zone running play that sparked his season.

“I hadn’t been doing great,” Wren recalled with a smile. “I got the ball, put my shoulder down and ran over a guy. That play turned me into a more physical runner. Once I knew that I could run over someone, I tried to become more inside conscious.”

Wren is very open when critiquing his game and where he must be better. “I’d like to improve my vision, my cut backs. I’ve been a straight-up runner. I want to run through a tackler, catching the ball in traffic. We work on pass blocking. We take it seriously. We take all special teams seriously, too.”

Meanwhile, Curtis has experimented with Wren on the defensive side of the ball at free safety during recent spring drills. “He has potential. He can flip his hips. Playing defense has given him a different dimension. He has worked on being more physical. He has concentrated on attacking as a ball carrier, working as a blocker and receiver. He does have good hands.”

Wren has welcomed the experimentation. “I love it,” he said. “It’s a great opportunity. It’s all about learning.” 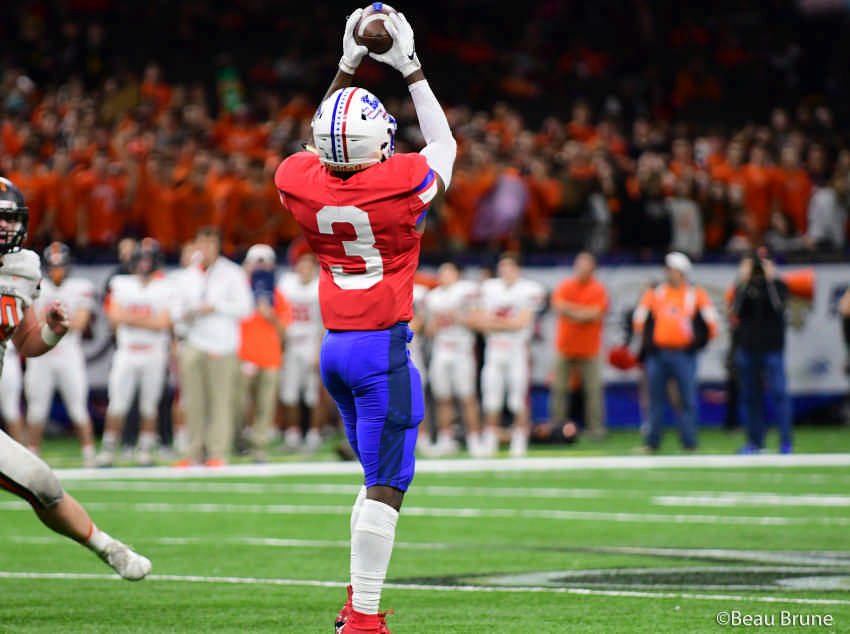 Seven-time Pro Bowl receiver Antonio Brown is someone Wren admires. “I like (Brown), great work ethic. I try to mold myself the way he plays.”

Now that the recruiting process is behind him, Wren is also striving to improve as a member of the Curtis track squad, closely watching elite runners such as Trayvon Bromell and 2016 world indoor 60 meter champion Andre DeGrasse and former University of Tennessee sprinter Christian Coleman

“They all run (hard) through the race. They all finish,” Wren added.

Wren received offers from dozens of Power 5 programs including Oklahoma and Florida State. Although he chose a current elite program in Georgia, he didn’t base his decision solely on the biggest stadium or best facilities.

“Loyalty is what is important to me and where I feel that he can make a big impact,” he said. “Take the program to a different level.”

Wren also stressed that he will head to Athens with no preconceived notions of where will play. “I’ll play slot, running back, defensive back, wherever they need me,” he said.

However, college track is something Wren intends to pursue as a sprinter. His 10.41 timing in the 100 meters equals Jeryl Brazil’s time that set the Louisiana record in 2012. Only former Evangel star Jonathan Wade, the former Tennessee and NFL defensive back who ran a 10.29 in 2002 is better among state prepsters but Wade’s time was set in the state of Texas.

Wren has his goals set with a realistic vision of being the fastest ever high schooler on Louisiana soil. And that’s only the beginning.