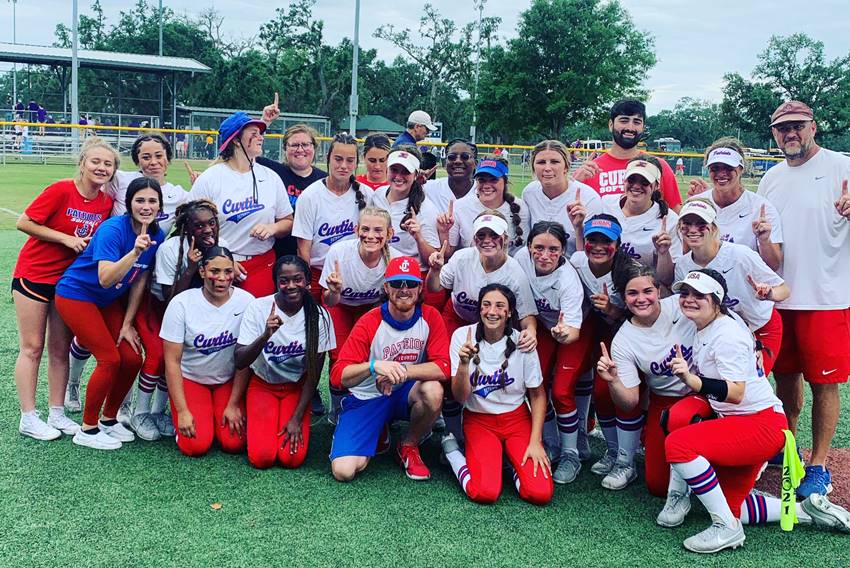 Denied a state title in 2019 in a championship game loss to Dominican, John Curtis Christian did not get a chance at redemption in 2020, due to the pandemic cancelling the season before the playoffs could commence.

Determined to return to championship status, the Lady Patriots marched through the regular season, earning the top seed in Division I.

After walloping district rival Archbishop Chapelle in the semifinals, John Curtis had to beat another 9-5A rival in the title game and had no trouble doing so, blanking No. 3 Mount Carmel Academy 7-0 Saturday afternoon at Frasch Park in Sulphur.

Kai Goodman pitched a two-hitter for the Lady Patriots, striking out one.

Goodman got all of the support she needed in the first inning with the Lady Patriots scoring three runs with the key blow being a two-run double by Danielle McCartney.

Katie Kempton homered in the third inning to make it 4-0 before an error scored another run in the fourth inning and it was 5-0. Megan McCartney capped the scoring with a two-run home run for Curtis.

The title is the 11th state championship for John Curtis (24-4) and the first since 2018. The 11 titles are second in the history of LHSAA softball history to Vandebilt Catholic, who has captured 14 titles.

In Division II, top seed Archbishop Hannan ended the Cinderella season of No. 3 Haynes Academy one step short of a dream with a convincing 12-2 victory in a game shortened to six innings by the mercy rule.

The Hawks made it two straight state titles, having won the championship in 2019 but were unable to defend it with no winner crowned a year ago.

Hailey Peterson homered to put the Yellow Jackets on top in the top of the first inning but it was all Hawks the rest of the way.

Hannan (22-8) answered with five runs in the bottom of the first and never looked back. The Hawks scored two in the second and two in the third to make it 9-1.

Haynes got its final run in the top of the fourth on a home run by Aubrie Claverie before the Hawks scored single runs in the fourth, fifth and sixth innings.

Peterson added a double for Haynes.

Baugh picked up the win, allowing two runs on three hits. Baugh walked no one and struck out 10.

Delaney Walker took the loss for the Yellow Jackets (22-7).