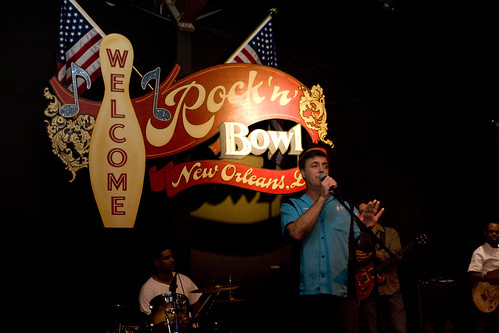 Born in the New Orleans area, it has been, in the words of a great popular movie at this time of the year, a wonderful life for John Blancher.

A native of the New Orleans area, Blancher attended St. Louis King of France and Archbishop Rummel High School and was a baseball player. He attended Loyola and Northwestern State.

In 1988, Blancher was meandering in the business world in education and selling insurance but he was still searching for fulfillment.

A deeply religious man, Blancher went on a pilgrimage to Medjugorje and prayed for divine guidance and inspiration.

Despite not being a bowler, Blancher decided to make a bold move and purchased venerable, aging Mid-City Lanes on Carrollton Avenue and Tulane Avenue.

After initially trying to make it in the bowling business, Blancher, realizing that was not going to work with so many more modern bowling centers to compete with, opted to create an entertainment venue to go with bowling.

Three decades later, the iconic institution survived Hurricane Katrina, survived relocating further down Carrollton Avenue to the corner of Earhart Blvd. and has thrived, even opening another location in Lafayette.

In 2016, Blancher had a difficult year, undergoing triple heart bypass surgery. Blancher went through the procedure and recovery period, publicly stating that he accepted it as the Lord’s purpose for everything.

Blancher and his wife, Deborah, have been married for over 42 years and have two children (John, Eve) and several grandchildren.

Come hear an inspiring message of hope and perseverance from John Blancher at the weekly Life Resources Bottom Line Luncheon this Wednesday, Dec. 19 at noon at Piccadilly Cafeteria, 2222 Clearview Parkway in Metairie. All are welcome to attend.