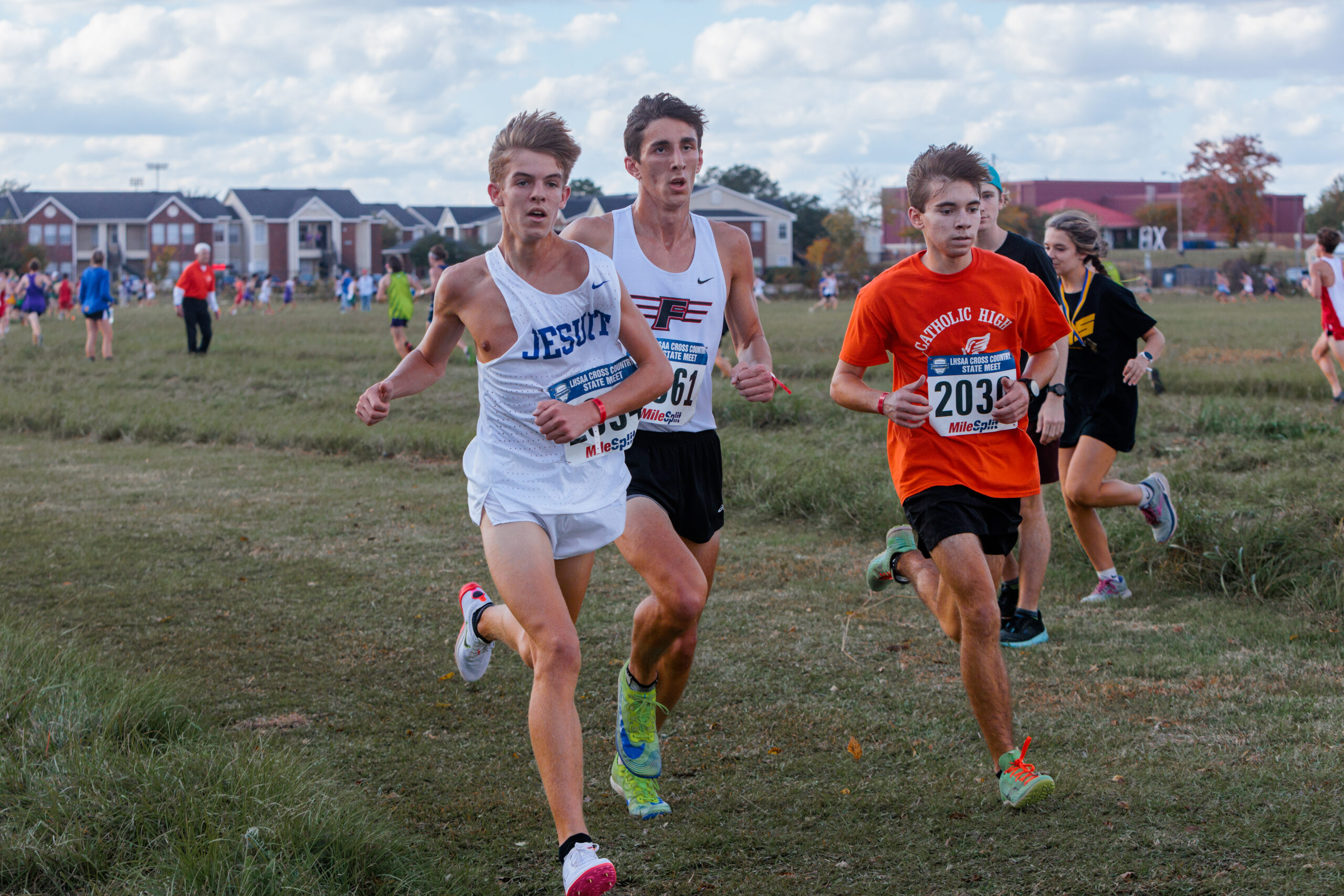 Michael Vocke of Jesuit has been named the Louisiana Gatorade Boys Cross Country Runner of the Year, the first runner in the storied history of the Jesuit cross country program to earn the award.

A sophomore, Vocke captured the individual state championship and led the Blue Jays to a team title in the process.

With the honor, Vocke becomes eligible for the Gatorade national runner of the year award, including the honorees from all other states.

Vocke also stars in track and field for the Blue Jays, where he earned all-state honors from the Louisiana Sportswriters Association last year after winning the 1,600 meter run at the state meet in a time of 4:17.27.

The award, which recognizes not only outstanding athletic excellence, but also high standards of academic achievement and exemplary character demonstrated on and off the field, distinguishes Vocke as Louisiana’s best high school boys cross country player.

The 6-foot-2, 170-pound sophomore distance talent broke the tape with a time of 15:26.30 in the 3-mile LHSAA 5A State Championship this past season, leading the Blue Jays to the state team title. Vocke also won the 9-5A District Championship meet with a personal-best time of 15:06.44—the state’s No. 2 boys clocking in 2021. A 2021 LSWA All-State selection, he was unbeaten at the 3-mile distance last fall and clocked a personal-best 5K time of 15:22.72 as the top Louisiana finisher (13th overall) in the Championship race at the Southern Showcase, where he lifted Jesuit to the meet’s team title.

An altar server at St. Catherine of Siena since 2016, Vocke has also donated his time by assisting the needy in association with service initiatives at his school. “Michael Vocke, along with his Jesuit teammates, is rewriting what it means to be a competitive distance runner in Louisiana,” said Justin Cochran, head coach at Ruston High School. “Only a sophomore, he has already won or shared in two state outdoor titles and has added one in cross country. Everything I see and hear about Vocke leads me to believe he will challenge for many more in the next two-plus years. He is an example of what can happen when legit talent meets dedication and work ethic. The bar for Louisiana distance running success has been reset, and the guy who’s doing it is Michael Vocke.”

Vocke has maintained a 3.86 GPA in the classroom. He will begin his junior year of high school this fall.

Gatorade has a long-standing history of serving athlete communities and understands how sports instill valuable lifelong skills on and off the field. Through Gatorade’s “Play it Forward” platform, Vocke has the opportunity to award a $1,000 grant to a local or national organization of their choosing that helps young athletes realize the benefits of playing sports. Vocke is also eligible to submit a short video explaining why the organization they chose is deserving of one of twelve $10,000 spotlight grants, which will be announced throughout the year. To date, Gatorade Player of the Year winners’ grants have totaled more than $3.5 million across more than 1,300 organizations.