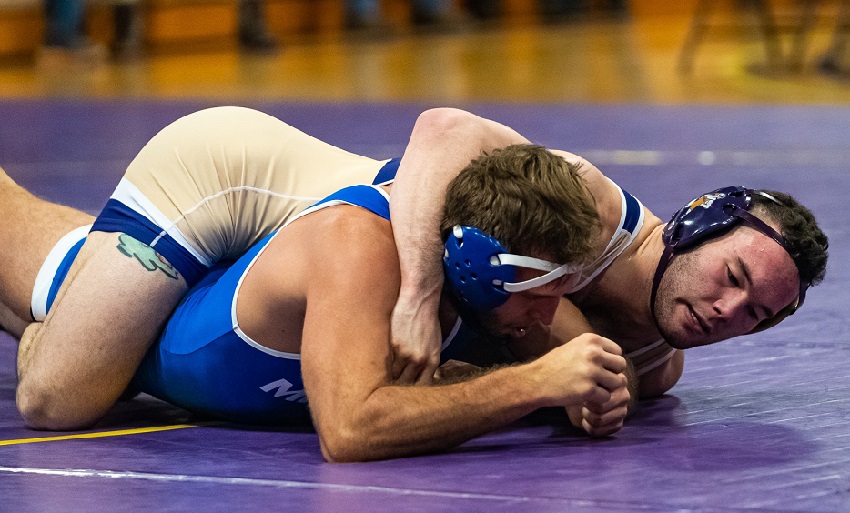 Patron Jr. graduated from Jesuit High School in 2016. Patron won an LHSAA individual state championship in his senior season at 195 pounds and was a 2-time runner up for the Blue Jays.

Patron has continued his superb wrestling career at Loras College in Dubuque, IA, where he competes at 197 pounds.

Patron has had quite the career with Loras ever since he arrived in Iowa.

Appearing in the starting lineup his freshman year, Patron Jr. qualified for the national tournament. Patron Jr. was unseeded and lost his first match then wrestled back to capture third place with All-American honors.

Sophomore year he obtained All-American honors again while finishing second in the nation with a phenomenal record of 34-4 overall.

In his junior year, Patron had another successful season but fell short of winning a national title. Patron Jr. finished sixth in the nation, achieving All-American honors once again with a record of 22-5 overall.

His senior year has a chance to be special. Patron Jr. can become the first ever 4x All-American in Loras College school history.

Patron currently ranks number one in the nation at 197lbs. in the NCAA division III rankings.

Since 2003, Wartburg College has been a powerhouse in division III.

Loras, with the help of leader Patron Jr. finally had their chance to show the nation on February 14th as top-ranked Wartburg and No. 3 Loras squared off in a dual meet at Levick Arena in Waverly, IA for the American Rivers Conference championship.

Patron Jr. did his job by dominating his opponent 14-0 for a major decision, which turned out to be the difference in the dual. The team score was 19-14 going into the last match of the night at heavyweight.

Wartburg won the last match in overtime but fell short of winning the dual as Loras prevailed 19-17, defeating its rival.

Defeating wrestlers that are ranked in the top five throughout the year. Patron defeated second-ranked Taylor Mehmen of Coe College by pin and scored a major decision over fourth-ranked Kobe Woods of Wartburg in the dual meet.

Patron Jr. helped capture the conference title but is not the end goal. The regional tournament to qualify for nationals is February 28th and 29th. The national tournament will be held on March 13th and 14th.

Loras has never won a national championship and has a real shot to do so with the help of its motivated senior leader from the Blue Jay country, making all of Louisiana wrestling proud.