Jesuit rebounds with shutout of Rummel 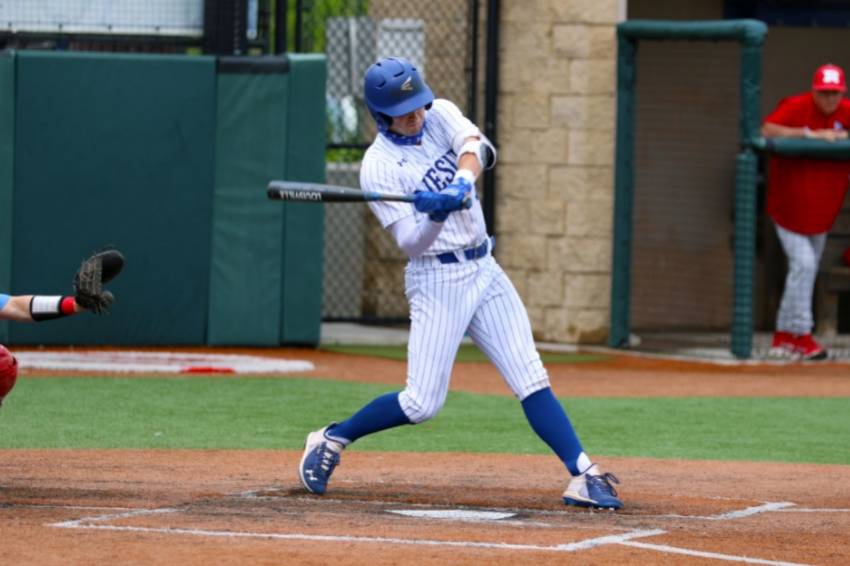 METAIRIE – Coming off of a very tough nine-inning loss to Brother Martin, the question for Jesuit was how the Blue Jays would respond against Archbishop Rummel Sunday afternoon at John Ryan Stadium.

The answer was clear, profound, distinct.

Jesuit was outstanding in all phases in a 5-0 victory in a game heard live on 106.1 FM to complete a two-game sweep in the series.

“I am happy with the kids and how they responded,” Jesuit coach Kenny Goodlett said. “We were really good in all phases.”

“Porche pitched extremely well and we played outstanding defense behind him,” Goodlett said. “When you get good plays like that and good pitching, your confidence definitely goes up.”

Porche got the only run he would need in the top of the first inning as UNO commit Collin Loupe was hit by a pitch, stole second, advanced to third on a groundout and scored on a two-out single by Hadded and it was 1-0.

The Blue Jays extended the lead with three runs in the third inning, using small ball to come up big to make it 4-0. Preston Berggren started it with a single to right before Loupe and Giovanni Licciardi each had perfect bunt singles to load the bases.

“It’s something we’ve working on and it goes to the kids’ credit,” Goodlett said. “It’s one of those things where the positioning of the bunts were simply great. Both legged out the hits and that led to a three-run inning which helped a lot.”

Dartmouth commit Zack Casebonne produced a sacrifice fly to right to score Berggren and Casebonne reached on an error as the fly ball was dropped to make it 2-0. Haddad followed with a two-run single and it was 4-0.

Jesuit completed the scoring in the top of the seventh inning as Licciardi walked, Casebonne singled and Haddad doubled home Liccardi.

Rummel got only one runner to second base against Porche and that was in the bottom of the second inning when Logan Bertucci singled and Tyler Cook doubled down the left field line.

The Raiders had runners at second and third with no outs but Porche struck out the next three hitters to strand both runners.

“Getting out of that inning was really big for us,” Goodlett said. “You saw when our kids came off the field, they were ready. That was as huge lift. Porche made some great pitches when he needed to and he did so all day.”

With four RBI Sunday, Haddad now has 41 RBI on the season.

“Tripp been good for us all year long,” Goodlett said. “That is great production and he has been so consistent for us. Tripp has been talking with Wake Forest, Notre Dame, Nicholls and others. He can definitely help someone at the next level.”

Rummel (14-9, 2-6) has lost six straight games and the Raiders will play a doubleheader at Archbishop Shaw at 4 p.m.