It was a very good night on the mat for Jesuit.

In the win over Teurlings Catholic, Jesuit won seven of the 13 matches in a tightly contested dual.

In the best matches of the dual, Brandt Babineaux of the Rebels downed Luke Columb of Jesuit 9-7 at 138 pounds, Winn McDonald of Jesuit defeated Reid Bourgeois of Teurlings 5-3 at 182 pounds and, at 195 pounds, Eric Levert of the Rebels edged Dominic Loguidice of the Blue Jays 7-6.

In the win over De La Salle, the Blue Jays won nine of the 12 matches contested.

Winning by fall for the Cavaliers was Shane Barbarin (126).

In the best match of the dual, Liam O’Connor of De La Salle edged Columb 3-2 at 138 pounds. 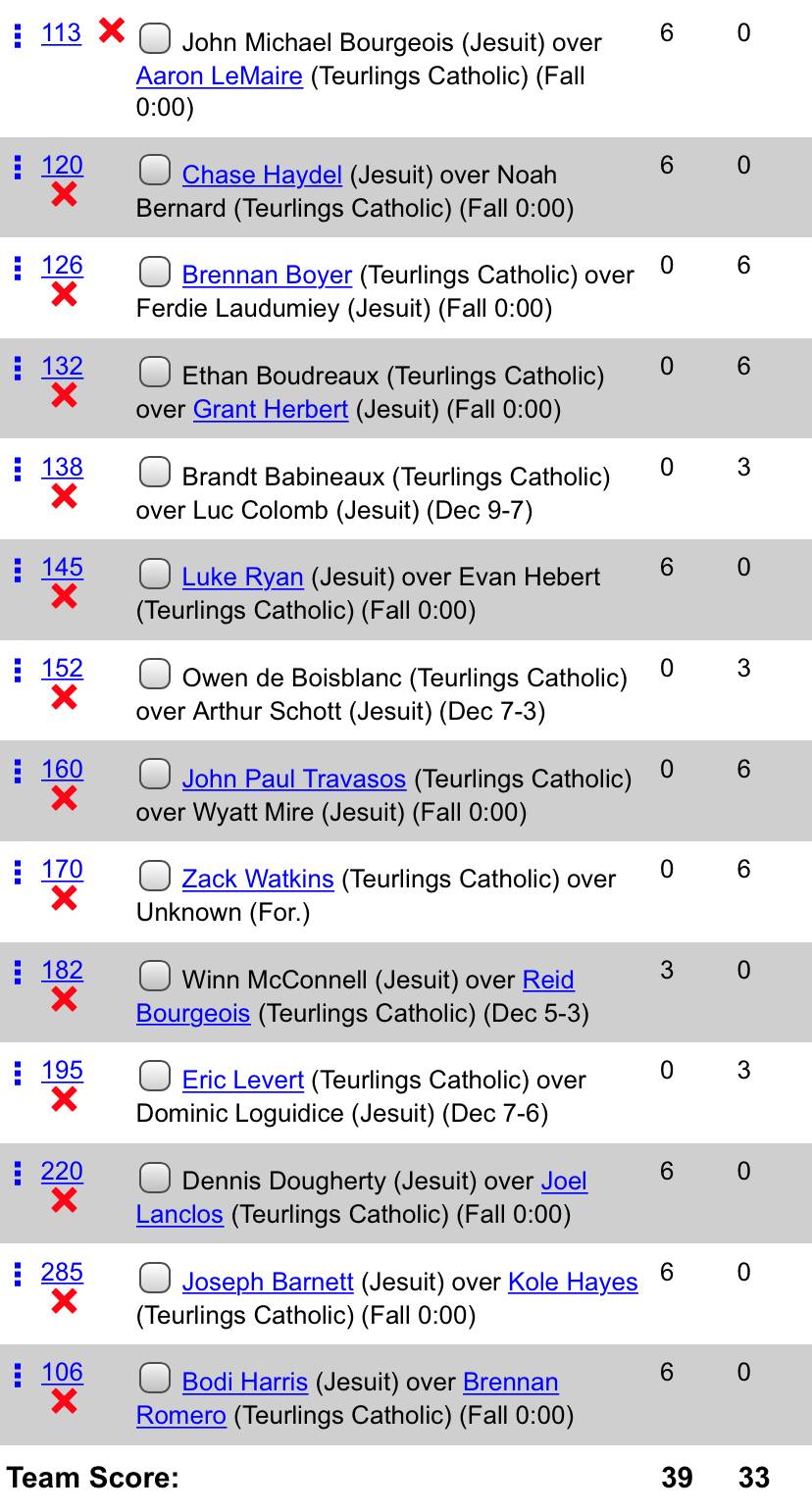 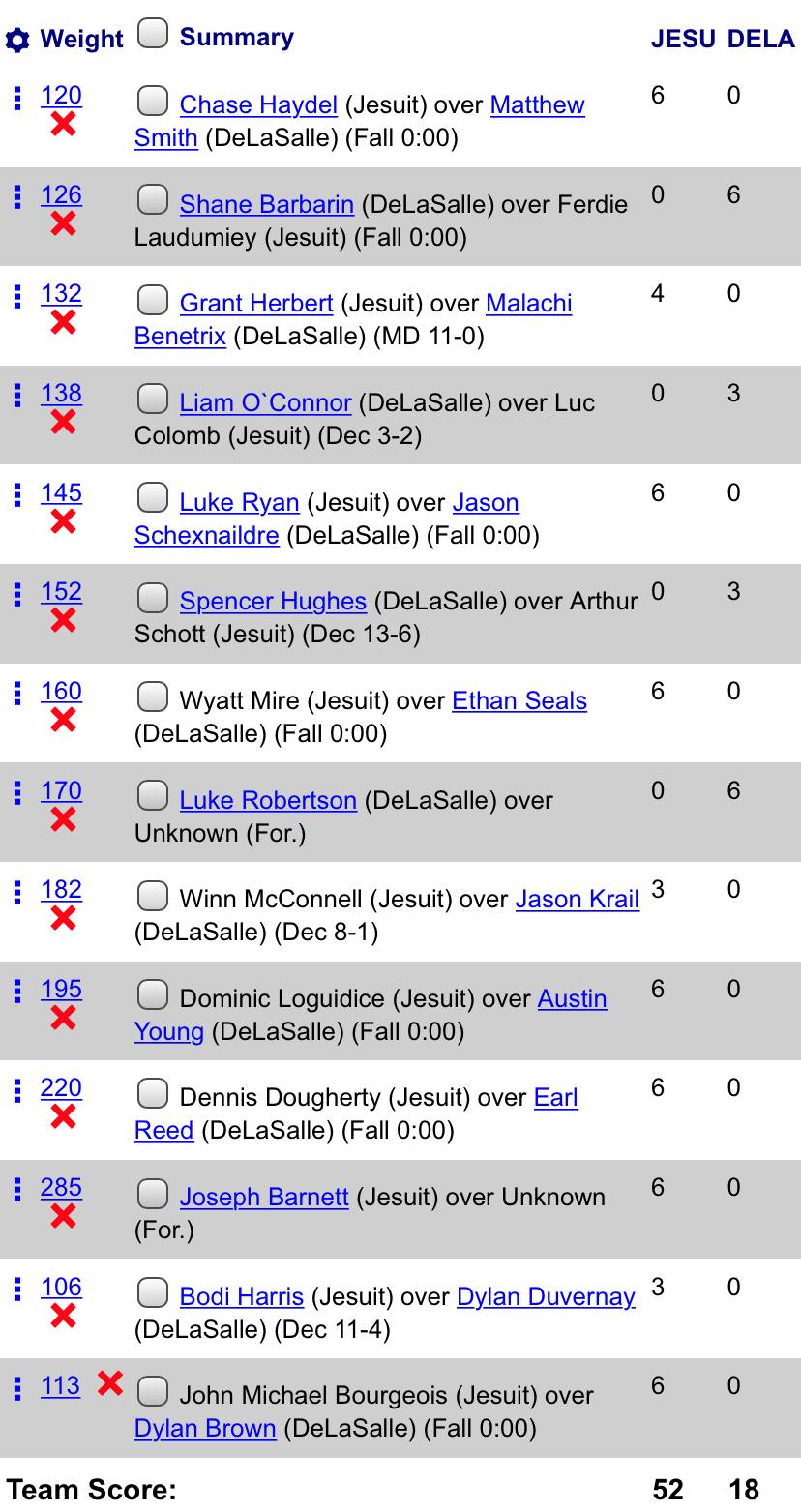