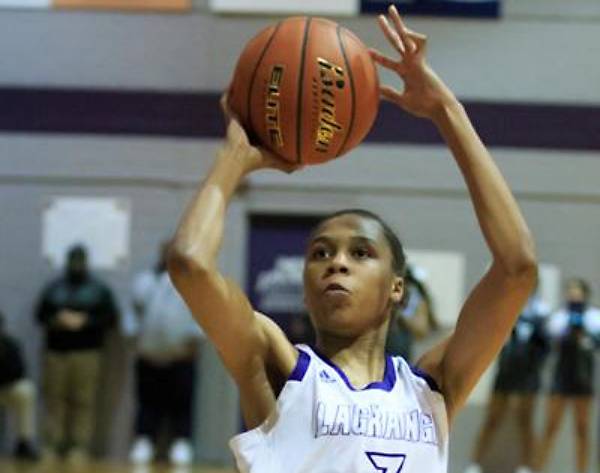 The award, which recognizes not only outstanding athletic excellence, but also high standards of academic achievement and exemplary character demonstrated on and off the field, distinguishes Warren as Louisiana’s best high school girls basketball player.

The 6-foot senior guard led the Gators to a 21-0 record and a second straight Class 4A state championship this past season. Warren averaged 19.0 points, 12.0 rebounds, 6.0 steals, 4.0 assists and 2.0 blocks per game, netting 19 points and pulling down 14 rebounds in the Gators’ 49-42 win over Huntington High in the state title game. A two-time First Team All-State selection, she was the 2021 Louisiana Sports Writers Association’s Class 4A State Player of the Year. She is ranked as the nation’s No. 95 recruit in the Class of 2021 by Prospects Nation.

Warren has volunteered locally assisting with Hurricane Harvey recovery efforts and as part of a fundraising campaign to benefit breast cancer research. She has also donated her time as a youth camp counselor. “Jeriah Warren is a special player,” said Casey Meador, head coach of North Vermilion High. “I have rarely seen a player that can have an impact on the game in all aspects. She is a very skilled guard for her size, and she’s the leader of the Gators on offense at all five positions.”

Warren has maintained a weighted 3.95 GPA in the classroom. She has signed a national letter of intent to play basketball on scholarship at the University of Florida this fall.

Through Gatorade’s cause marketing platform “Play it Forward,” Warren has the opportunity to award a $1,000 grant to a local or national youth sports organization of their choosing. Warren is also eligible to submit a 30-second video explaining why the organization they chose is deserving of one of twelve $10,000 spotlight grants, which will be announced throughout the year. To date, Gatorade Player of the Year winners’ grants have totaled more than $2.7 million across 1,117 organizations.