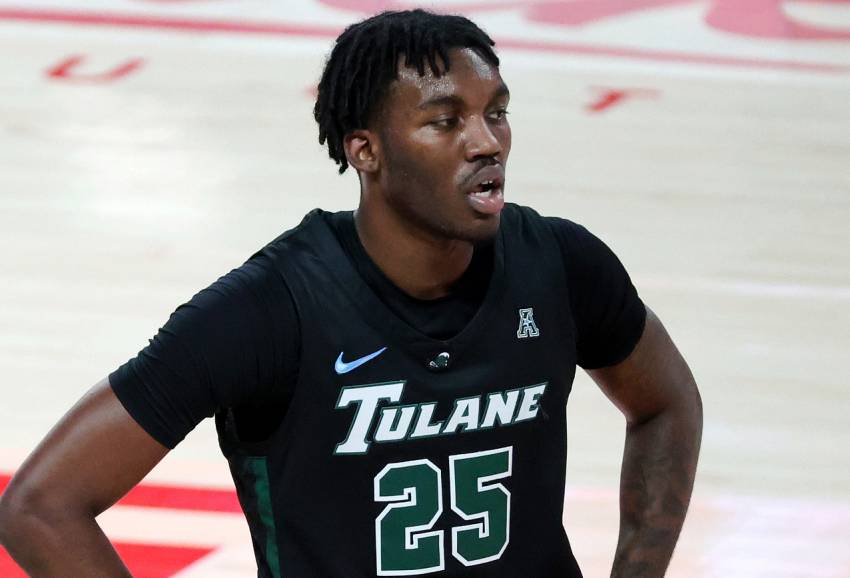 Forbes is one of just 10 players in the American Athletic Conference to receive an all-district nod this season, which was voted on by member coaches of the NABC. He is the Green Wave’s first all-district selection since Melvin Frazier received the same distinction in 2018.

The announcement comes less than one week after Forbes was named an All-American Athletic Conference Third Team choice on March 10.

The Florence, Mississippi native enjoyed a breakout debut campaign at Tulane to the tune of a team-leading 16.4 points and 5.3 rebounds per game. In 23 starts, he made 56 shots beyond the 3-point arc at a 37-percent clip.

Forbes was the Green Wave’s leading scorer 14 times while reaching double-figures in 19 of the team’s 23 contests. He tallied at least 20 points on seven occasions and eclipsed 30 points twice. His career-high 37 points at Cincinnati on Feb. 26 were the most in a single game by any player in The American this season.