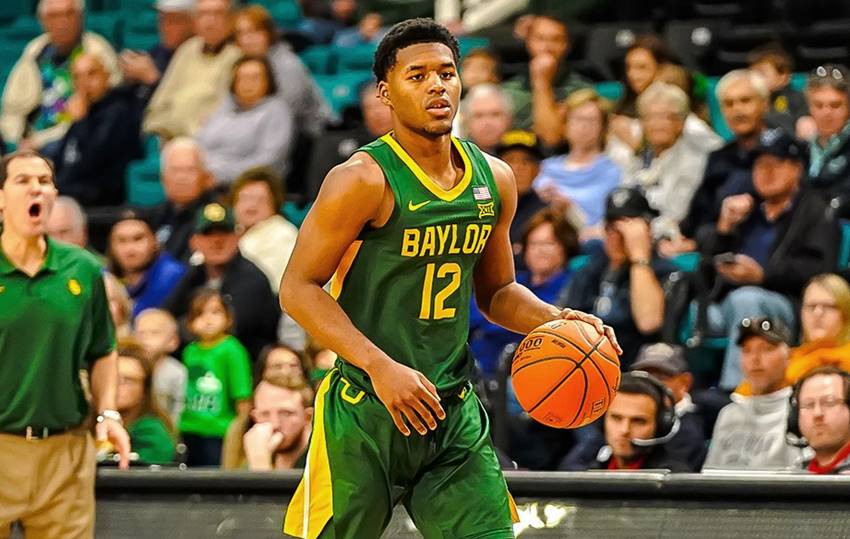 He has come a long way from the River Parishes.

A Laplace native, Jared Butler arrived at Riverside Academy in eighth-grade, choosing Riverside after considering Jesuit, among other schools.

That decision made legendary Riverside coach Timmy Byrd smile and he smiles even wider today when enthusiastically talking about his former star.

“Jared had a good handle, could make the fancy passes and had the pocket pass down off the pick-and-roll when he was 13,” Byrd said. “He was about five-foot-7. We saw the ability and the potential. He had a growth spurt in his sophomore year.

Butler chose Alabama because of his relationship with Avery Johnson, who left the school after the first summer session.

Butler subsequently transferred to Baylor, a safe haven and very successful spot for Riverside players who played for Timmy Byrd.

It turned out to be the best move Butler has ever made.

“The Lord had a plan for me and I had a plan,” Butler said. “The Lord always wins. I think ending up at Baylor was a no-brainer when you look back at it with Tweety going to Baylor and Ricardo going to Baylor. It worked out for the best for me and what I wanted to be in life, on and off the court. The community is tremendous and the Christian aspect of it was tremendous and helped me grow. The coaches and players have been great.”

A junior, Butler has improved yearly at Baylor.

As a junior this season, Butler is averaging 17.1 points, 3.2 rebounds and 5.0 assists while shooting 44 percent from 3-point range, improving in all areas.

“The improvement is in three phases, including my athleticism, offensively being to be able to attack downhill and defensively, getting steals,” Butler said. “I’ve been able to get my teammates the ball. I’ve been playing point guard a lot more which I think I needed. I like the ball in my hands. I’m shooting the ball well, honing in on trying to take the best shots.”

“It’s pretty cool, I’m not going to lie,” Butler said. “It’s the first (Big 12 Player of the Year) ever at Baylor. That’s heavy. To be part of the first team ever to win the conference championship is special. I’ve always wanted to do great things at Baylor and this is just a part of it.”

Baylor (21-1) is ranked is ranked second in the nation. The only loss was to Kansas (71-58) on Feb. 27, shortly after the Bears from a 21-day layoff due to COVID-19 protocols. Baylor was able to come back despite several players having the virus. Baylor had beaten the Jayhawks 77-69 on Jan. 18.

“It’s been extremely hard,” Butler said. “It’s like a mental game and you kind of have to be in this mode of being ready to play. For a while, I kind of felt like there was a void in my life. We could not work out and had to stay home and the more you stay home, you get lazy. Once we started playing and lost to Kansas, we knew we could not let this season get away because of COVID. We had to overcome adversity and we did.”

The expectations for Baylor were huge entering the season. Losing to Kansas eliminated the possibility of going undefeated which took some pressure off, though Butler said that was not the ultimate goal.

“There was a lot of pressure going into the season with everybody coming back,” Butler said. “We kind of sacrificed for the good of the team which was extremely important. It was hard to do with so many distractions. We found a way to win and hopefully we can continue to do that. I am so glad we got to play this year.”

All season long, Gonzaga and Baylor have been at the top of the national rankings and the Zags remain unbeaten and are No. 1 with Baylor No. 2.

The two teams were supposed to play and were within an hour of playing on Dec. 5 when the game was canceled due to a pair of members of the Gonzaga travel party testing positive for coronavirus.

“They (Gonzaga) have been able to go undefeated,” Butler said. “As a competitor, yes, it would have nice to play them. I know what it’s like to be in a state championship. I would rather worry about a first-round opponent in the NCAA tournament, rather than Gonzaga. We’re trying to win a national championship. I don’t care who it is that we face. If we see them, that would be great.”

Butler has never lost sight of or contact with his roots at Riverside.

“It was one of the top three phases of my life,” Butler said. “When I think of Riverside and Coach Timmy, I just remember my fifth-grade year, going to a high school basketball game and seeing Ricardo play. They were playing John Curtis and it was the most electrifying high school basketball game I’d ever been to. I was like, ‘yeah, I’m coming to this school.’ It was where I needed to be.”

The experience was a great one for Butler.

“It was all I ever wanted it to be,” Butler said. “Coach Timmy was a great role model, a great coach. I was just in the right environment for I wanted to do. The best thing Coach Byrd gave me was confidence. We would be in a tight situation game. He would look at me with a stoic look with no fear at all. That’s what I felt. When he walked in the gym, everyone was like, ‘oh, here’s the Byrd man.’ He’s a winner. I took on that persona.”

Byrd has very high esteem for Butler is not surprised by his success.

“He is the whole package,” Byrd said. “Jared is a great student. He left Riverside with 24 college credits. He has flourished academically. He has obviously achieved athletically. Jared has tremendous character and is so well liked by everyone. He is the best player I have ever coached and he and Tweety are the two best high school players I ever coached. It has been such a pleasure to watch him.”

The Bears went 26-4 and would have been a top seed in the NCAA Tournament before the pandemic canceled the postseason a year ago. It was disheartening, disappointing, difficult to absorb for Butler and so many other players.

Butler originally declared for the NBA Draft prior to this season but opted out of the draft and returned to Baylor. It was a sound, solid decision.

Butler is projected anywhere from being a mid first-round draft pick to an early second-round pick in the 2021 NBA Draft.

Despite his success, Butler is still the same young man I covered many times in outstanding game performances and whom we interviewed on Nov. 13, 2017 when he signed with Alabama.

Butler is humble. He is smart, personable. He is the Player of the Year in one of the best basketball leagues in the country.

That is pretty heady stuff for a young man from LaPlace who leaves nothing left in reserve, if you’ll pardon the pun, on the floor presently and with regard to his future possibilities.