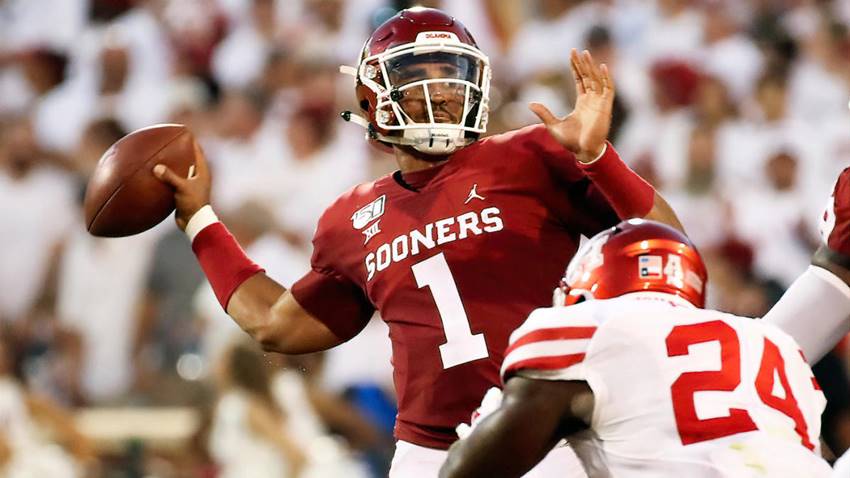 The second night of the 2020 NFL Draft did not have the drama of round one but it delivered on entertainment, surprises and regional excitement thanks to many Louisiana products prominent in the process.

The night began with the Bengals helping Joe Burrow with the pick of tall wide receiver Tee Higgins of Clemson.

Higgins has tremendous length and can go up and get over virtually everyone, which Burrow is used to at LSU with JaMarr Chase, Justin Jefferson and Terrace Marshall.

Higgins runs pretty well for his size as well and he joins A.J. Green as a prime target for Burrow, along with Tyler Boyd and John Ross III.

The Bears made a curious choice with tight end Cole Kmet, who is huge and developing but may take a little time. Kmet is as well known for his fastball as a pitcher as he is for his football exploits and he joins a team that has nine other tight ends on its roster, included free agent signee Jimmy Graham.

The second team with an elite quarterback in the fold chose to invest in another quarterback.

On Thursday, it was Green Bay, with Aaron Rodgers, picking Jordan Love in the first round.

On Friday, it was Philadelphia, with Carson Wentz, selecting Jalen Hurts in the second round.

University of Louisiana tackle Robert Hunt went early in the second round, 39th overall to Miami to take care of Tua Tagovailoa.

Hunt is, simply put, a mauler, a huge man who simply dominates players in front of him.

Hunt started at guard for the Ragin’ Cajuns before moving to tackle. Hunt missed time with a groin injury this past season but is recovered and ready to go. Hunt is all about brute force and he will work on technique. If he masters that, the ceiling for him is very high. Hunt is most likely going to be slotted at right tackle.

Delpit went 44th overall in the second round to Cleveland.

After a huge 2018 season, Delpit played hurt much of this past season, which hurt his draft stock.

Still, Delpit is a superior athlete with size and good speed. He did not tackle as well in space this past season, due to the injury, but he can tackle. He can also cover, making good reads. Delpit is also a valuable player as a zone blitz threat off the edge.

Speaking of getting value, Tennessee certainly did with the 61st overall pick in Kristian Fulton.

One wonders what other teams were thinking, given Fulton’s obvious skills. Perhaps the suspension after his freshman season hurt, even though he came back strong and had zero issues and is a really fine young man.

The former Archbishop Rummel star is a true cover-corner with good size (6-0, 197), who is excellent in press coverage and can play well in off coverage as well. Fulton is a competent tackler and he has ball skills.

Fulton received Pro Football Focus’ best coverage grade among draft eligible corners and yet he lasted as long as he did. He is a smooth athlete, sneaky fast, not blazing fast.

Alabama had three players chosen in the second round while LSU has two, giving each school seven players total selected in the first two rounds.

The third round opened with Washington choosing dynamic Antonio Gibson of Memphis, no relation to the former New Orleans Saints safety.

Gibson is a player who can take it to the house on any play as a wide receiver or lining up at running back.

Julian Okwara, the outside linebacker of Notre Dame, went in the third round to Detroit. The storyline is simple—Julian joins his brother, defensive end Romeo, with the Lions.

LSU guard Damien Lewis was picked by Seattle in the third round at pick 69.

Lewis is a good run blocker who improved his pass blocking in the spread principle offense employed by Joe Brady this past season. He was an improved player who has the ability to start in the NFL.

An integral part of an offensive line which won the Joe Moore award as the top offensive line in the country, Lewis plays under control and gains good leverage in the running game.

The Saints traded up with Cleveland to get their much coveted linebacker. It turned out to be Zach Baun of Wisconsin, an outside linebacker who is a good pass rusher and penetrator who makes plays behind the line-of-scrimmage, getting Baun at No. 74 overall.

A former Dutchtown star, Cushenberry is a natural leader. He was the first offensive lineman in LSU history to receive the coveted No. 18, symbolic of a team leader. Cushenberry is big with really good size (6-3, 312). His improvement as a pass blocker helped lead the offensive line rated best in the country. Cushenberry has big hands, long arms and clear NFL-level athletic ability.

Cameron Dantzler of St. Thomas Aquinas High School went 89th overall to Minnesota, where he will join former LSU and Destrehan star Justin Jefferson and former Brother Martin star Irv Smith to give the Vikings a lot of local flavor. Dantzler has good size and is physical.

An outstanding player at quarterback at St. Thomas Aquinas, Dantzler is a versatile kind of athlete who found a home as a top SEC cover corner. He played well against LSU and its elite receivers this past year.

New England traded up to the 91st overall pick with a specific target and may have finally got its potential replacement for Rob Gronkowski in tight end Devin Asiasi of UCLA.

Asiasi is a transfer from Michigan, who is a very good athlete who can run and make yards after the catch. Asiasi has wide receiver skills, which should translate well to the pro game.

LSU had yet another player picked as linebacker Jacob Phillips went 97th overall to Clevleand.

Phillips is a natural linebacker who pursues to the ball and tackles well. Phillips joins former Tiger teammates Williams and Delpit, along with former LSU stars Beckham and Landry in Cleveland.

Phillips (6-3, 229) is not the biggest inside linebacker but he plays big.

A three-year player and a two-year starter for LSU, Phillips can certainly contribute on special teams for Cleveland as well. The best skill of Philips is that he is a sure tackler.

The Patriots again traded up to get the 101st overall pick in a deal with the Jets and New England selected yet another tight end of Dalton Keene of Virginia Tech. another huge tight end and another receiving tight end with a slim build who is a receiver, rather than a blocker. Keene is also used lining up at running back, at times.

Finally, the Saints traded their remaining four picks to move up to 105th pick in the third round to select tight end Adam Trautman of Dayton, a player that has size and huge upside as well.