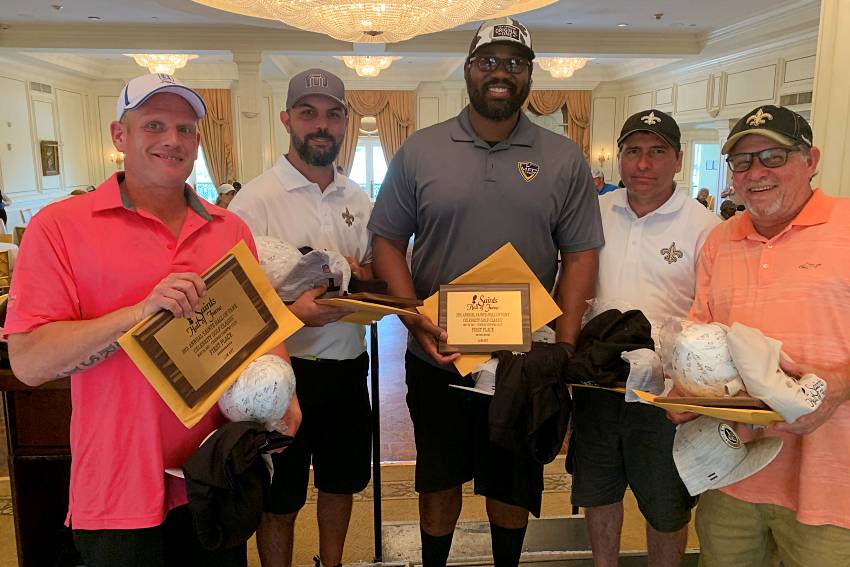 It was an unusual year for everyone in 2020, to say the least.

That was the case for former New Orleans star Jahri Evans.

Early in the year, I had the pleasure of informing Evans that he was unanimously elected to the Saints Hall of Fame, joining his teammate and 2006 draft mate Roman Harper in the new class to be honored.

Then came the pandemic.

Then came a shutdown.

The induction that was to be part of a special weekend surrounding a New Orleans Saints home game never happened.

Now, with things improving across the board and restrictions relaxed, the induction will finally happen during the 2021 New Orleans Saints season at a date to be announced soon.

Evans and Harper returned to the scene of their great success as teammates on the Super Bowl XLIV championship team of the 2009 season Monday for the Saints Hall of Fame Celebrity Golf Classic at Chateau Golf and Country Club in Kenner (See photos from the event here).

Sorry Sean, but there was no Juicy Fruit on hand.

The team of Cajun Breakers, based in southwest Louisiana, took home first place in the event, carding a 48 in the scramble, best-ball event where par was the player’s friend.

That team featured Evans as its captain, along with Taylor Bourque, Mike Johnson, Charles Licciardi and Jake Jarmecki.

The Closest to the Hole prize, valued at $1,000 in merchandise, was won by Bobby Leonard of the Hard Rock Casino Hotel team from Biloxi. On the par three 11th hole, Leonard landed his tee shot three feet, 11 inches from the hole for the victory.

Additional monies were raised through the Beat the Pro competition put on by Charity Golf International and long drive professional Andrew “Thor” Herbert, who dazzled those challenging him with massive drives on the par five first hole.

The event was a great success, selling out with all proceeds benefiting the Saints Hall of Fame Museum. 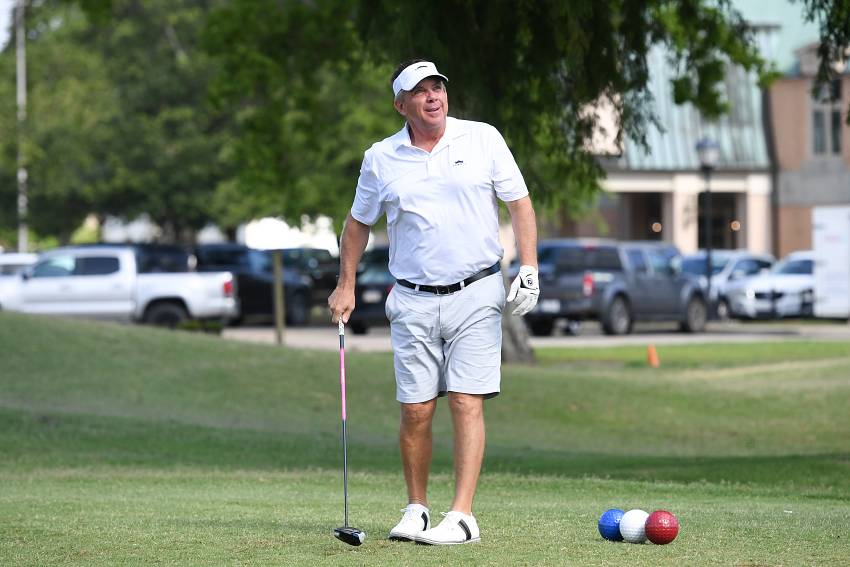 Saints returning to normalcy, but not all the way there

The Saints Hall of Fame golf tournament returned Monday morning at Chateau Golf & Country Club after being canceled last year because of COVID-19.