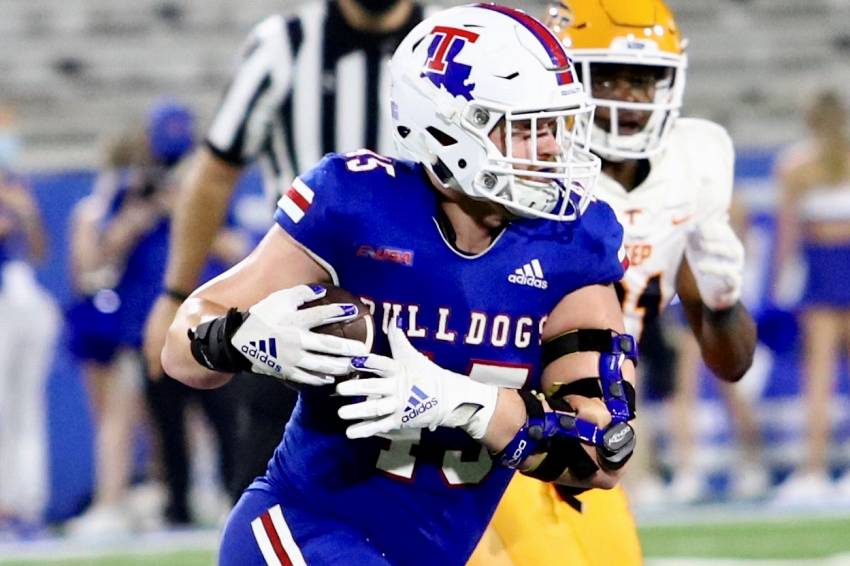 RUSTON, La. – Louisiana Tech junior fullback Jacob Adams has been named to the 2021 Paul Hornung Award presented by Texas Roadhouse as it was announced by the Louisville Sports Commission on Thursday.

Adams has had his number called to fill several roles over the course of his Louisiana Tech career. The West Monroe, La., native started his Tech career at linebacker before eventually making the switch to the offensive side of the ball. Adams primarily plays fullback and has a role on special teams, but he will also play tight end or halfback when needed.

Adams appeared in all 10 games, including four starts at fullback, in the 2020 season. He had four receptions during the season and caught his first career touchdown at UTSA on Oct. 24. Adams posted a tackle against both UTEP and Marshall in the 2020 campaign.

Over the course of his LA Tech career, Adams has appeared in 23 games where he has registered five receptions, three tackles and one kick return.

The 2021 Watch List players represent 53 universities from all 10 football conferences, plus four independent schools, that are part of the NCAA Division I Football Bowl Subdivision. The SEC leads the conferences with nine players; the Big Ten and Big 12 each landed eight players; C-USA, Mountain West and Pac 12 each have five players; the AAC and ACC have four; and the MAC and Sun Belt have three each. Independents Army, BYU, Liberty and Notre Dame each have one player on the list.

Three-game mini plan tickets for the 2021 LA Tech football campaign are also on sale and available for purchase here.