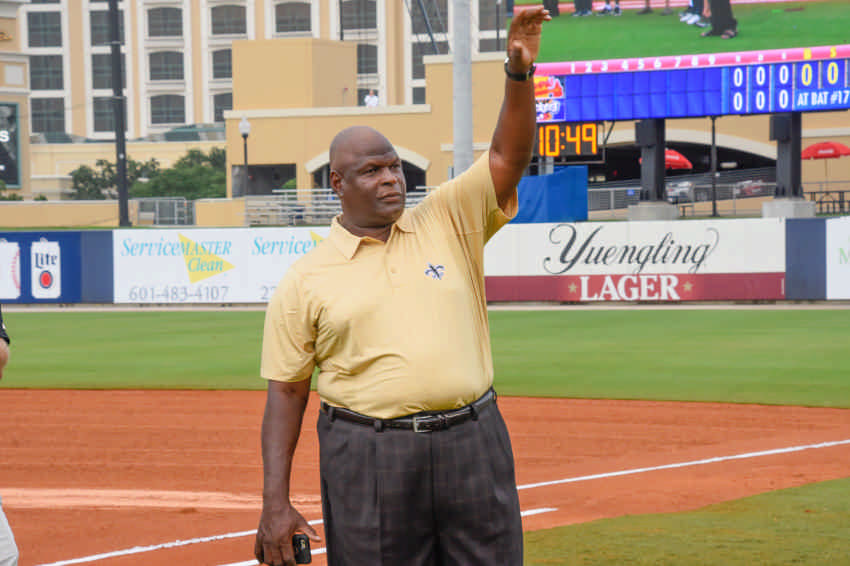 A significant group of 25 prominent New Orleans Saints alumni are set to appear at the fourth annual Saints Hall of Fame/City of Biloxi Celebration at events this Thursday and Friday, June 6-7.

On Thursday night, it is the second annual Saints Hall of Fame reception/auction from 7 p.m.-10 p.m., presented by IP Casino Resort Spa at 850 Bayview Avenue in Biloxi.

The event will take place in a third floor ballroom at IP and will include 26 prominent former New Orleans Saints players.

If you are interested in purchasing a ticket to attend, contact Cory Counselman at IP Casino Resort Spa at (228) 216-1703 or at CoryCounselman@boydgaming.com.

The Shuckers will wear New Orleans Saints jerseys which will be auctioned off during the game to lucky fans.

Other Saints Hall of Fame inductees set to appear include Bobby Hebert, Dalton Hilliard, Tyrone Hughes, Joe Johnson and George Rogers, who will have his Heisman Trophy from 1980 with him.

Marques Colston, the all-time leading receiver in all categories in New Orleans Saints history, will be on hand.

Along with Colston, a pair of players who played pivotal roles in the Saints winning Super Bowl XLIV will appear, including Randall Gay and Courtney Roby.

The father-son combination of Rich and Michael Mauti will be on hand while New Orleans natives include Fourcade, Hughes, Michael Mauti and Louis Oubre.

Steve Korte of the New Orleans Saints Radio Network is attending as well.

All of the same will appear at the reception/auction, along with former Saints running back Reggie Bush.

For more information on purchasing your ticket and attending, contact the Biloxi Shuckers at (228) 233-3465 or visit www.milb.com/biloxi.

Here is the list of New Orleans Saints alumni scheduled to appear at the events: