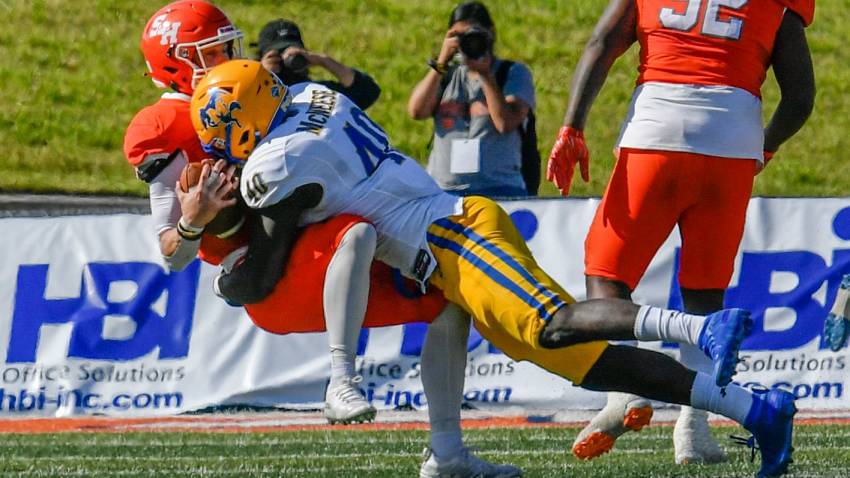 A two-time all-academic honoree, Chambers boasts a perfect 4.00 GPA as a graduate student majoring in criminal justice. Named first-team all-America by Stats Perform, FCS ADA and AP, he also repeated as the league’s Defensive Player of the Year after leading the league with 15.5 TFL and 10.5 sacks.

All six football-playing members were represented on the academic all-league list, led by Southeastern with seven selections, followed by UIW with six. McNeese and Northwestern State garnered four spots each, and HBU rounded out the squad with three honorees.

Eight student-athletes are returning all-academic selections, led by three-time honoree Taron Jones of Southeastern. The junior running back owns a 3.29 GPA in finance and tallied 771 all-purpose yards and eight total touchdowns as a piece of the Lions’ high-powered offense this season.

Chambers is one of four honorees with a perfect 4.00 GPA, along with McNeese quarterback Cody Orgeron, UIW offensive lineman Reid Francis and Southeastern defensive back Matt Wright. Another eight individuals posted GPAs of 3.50 or higher, and the average GPA of the team is 3.47.

The team was voted upon by the head coach, sports information director and an academic/compliance staff member from each school. Student-Athletes of the Year are voted upon by an awards committee which consists of one administrator from each member school. Voting for one’s own athletes is not permitted.

To be eligible for all-academic distinction, an athlete must hold a minimum 3.00 cumulative GPA through the semester prior to the sport’s championship, completed at least one full academic year at the school prior to the current season, and participated in at least 50 percent of the team’s competitions during the most recently completed season.

Student-Athlete of the Year nominees must have at least a 3.20 GPA and have completed at least two years of athletic competition at the nominating school, including the current season.