Interesting facts about the Super Bowl you may not know 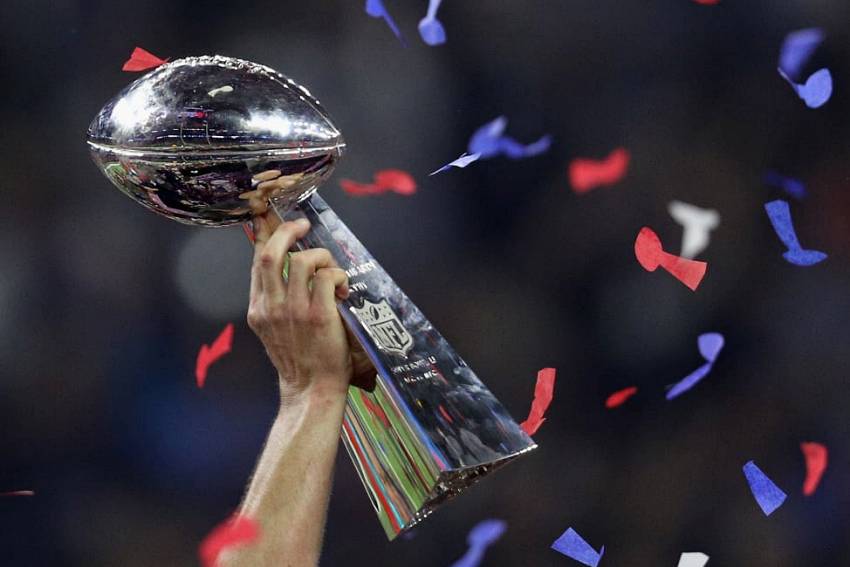 On Super Bowl week, it’s good to be armed with outstanding conversations pieces until you view this Sunday’s game with family and friends.

– This year’s contest is the eighth Super Bowl played in Los Angeles.
– The cheapest ticket for Super Bowl XLVI is $6,600. The most expensive can go upwards to $104,400.
– Super Bowl I tickets went for $6.00 each, and the game was not a sellout.
– Super Bowls II and III saw the ticket prices double to $12.
– Super Bowl IV, the first in New Orleans, was a $15/ticket event when the Vikings and Chiefs played in one of the coldest Super Bowls ever (39 degrees).
– The next game that landed in the Big Easy, Super Bowl IX in 1975, featured tickets at $20.
– When the Vikings and Dolphins squared off in 1974, it marked the final NFL game where the goal posts were located in the front of the endzone on the goal line. The posts have been on the back line of the endzone ever since.
– Tails have been called 29 times for the pre-game coin toss out of the 55 Super Bowls so far.
– The Lombardi Trophy weighs seven pounds and costs $50,000.
– Peyton Manning and Tom Brady are the only QBs to have won Super Bowls with two different franchises.
– This year’s starters, Joe Burrow and Matthew Stafford, were both No. 1 overall draft picks.
– This year’s game will be the first time to match up a pair of No. 4 playoff seeds.
– Neither team features a top-ranked defense; the Rams are ranked 17th and the Bengals are #18th in total yards.
– The Rams won a Super Bowl while located in St. Louis (XXXIV) but also won a pair of NFL titles before the Super Bowl era in Cleveland (1945) and Los Angeles (1951). The Rams originally moved from Cleveland to L.A. in 1946.
– The ’48 Rams became the first NFL franchise to add an insignia on each side of the helmet when the familiar pair of Rams horns were first featured.
– The New England Patriots boast the most Super Bowl appearances (11). The Steelers have been to eight.
– The Patriots and Broncos have each lost five Super Bowls.
– The Bengals are one on 12 NFL teams seeking their first Super Bowl titke (Bengals, Browns, Texans, Titans, Bills, Jaguars, Chargers, Vikings, Lions, Falcons, Cardinals and Panthers have no Lombardi Trophy wins).
-The Lions, Browns, Texans and Jaguars have never made it to the Super Bowl.
-In Super Bowl XLVI, the Bengals will serve as the home team and wear black jerseys, white pants and orange socks. The Rams will don a “throw back” uniform with white tops and yellow pants.
– A 30-second TV spot for this year’s game will cost $7 million each. That’s up from $5.5 million for a 30-second commercial last year. Anheuser-Busch has bought four minutes. Most commercials will focus on automobiles, travel and technology.
– In Super Bowl I, a 30-second spot cost $37,500.
– Rams head coach Sean McVay is 36 years old, and Cincinnati’s Zac Taylor is 38 years old. Two of the youngest in the league have guided team to the title game with McVay reaching his second Super Bowl already.
– The college football program with the most starting QB’s all time in Super Bowls may surprise you. Alabama (Bart Starr, Joe Namath and Ken Stabler), Purdue (Drew Brees, Bob Griese and Len Dawson), Notre Dame (Daryle Lamonica, Joe Montana and Joe Thiesmann) have had three. But the California Golden Bears boast a high of five former signal callers who have started at least one Super Bowl (Aaron Rodgers, Jared Goff, Joe Kapp, Craig Morton, and Vince Feragamo).
– The Super Bowl winning team members all receive $150,000 for the victory this year. The losers receive $75,000. Add to those amounts for previous playoff wind that each player received ($65,000 for conference championship game, $42,500 for divisional round and $42,500 for wild card round).
– A Super Bowl ring costs a minimum of $35,000. The most expensive ring belongs to the Patriots who won Super Bowl XLIX. New England owner Bob Kraft doled out $36,500 per ring.
– Each franchise pays for 150 Super Bowl rings with help from the league ($5 million).
– Tom Brady owns seven Super Bowl rings with a total value of $2,414,489.
– New York Giants legend Lawrence Taylor sold one of his Super Bowl rings for $230,000.