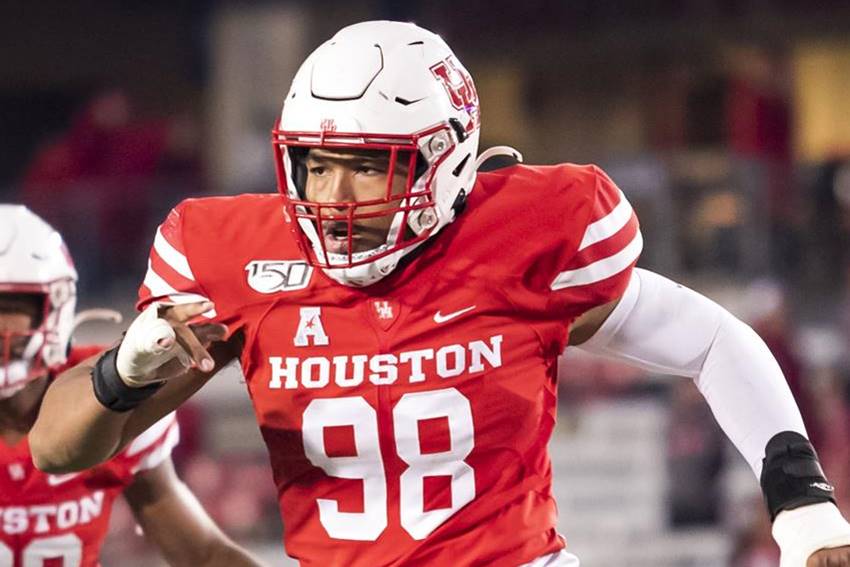 A sleeper type prospect who had risen up the draft board, he has shown improvement throughout his college career. He has the size, speed and strength for the defensive line at end or even tackle. Turner showed flashes of his versatility at the Senior Bowl, matching his use in scheme changes at Houston. He is very long and strong. He had 18 tackles for loss and 8.5 sacks in his final 17 games. The negative is a history of injuries. Turner played in only five games in the 2020 season. Foot, knee and calf injuries plus COVID-19 at the college level cost him time. As a senior in high school, he had an ACL injury as well.

I think Werner may prove to be the best selection of this draft. If you remember the Sugar Bowl this year, you know why I think that. He made plays all over the field. A sideline-to-sideline player with size and speed, Werner is the hard-working linebacker who has the ability to stay on the field all three downs. Instinctive, he locates the ball quickly and flows to the action. A pursuit linebacker with closing speed, he is effective dropping into pass coverage. Werner does need to shed blockers better, tending to run around them instead of taking them on but the same is true of most modern linebacker prospects.

Adebo has speed and a quick burst to the ball. His length and elite ball skills are attractive. He shows soft hands for the interception and plays the ball In the air well with a wide receiver background. He has the size to win contested balls. Adebo made 8 picks and an eye-popping 38 pass defelctions in two years. On the negative side, he gets beaten by double-moves and gives up too many big plays with his aggressive nature. He does not have a very quick change of direction due to footwork and not athleticism so struggles a bit in off-man pass coverage. He could be coached up to end up performing like a first rounder.

Book is a good college quarterback who has been a productive winner for the Irish. He is an undersized prospect with the ability to control the game, but lacks arm strength and consistency with his reads. He may not be as effective at the pro level as he was in college. Book is accurate making the short to medium range passes but his long passes are too often off the mark. He may not have the arm strength to make all the throws needed at the pro level. the three-year starter is a leader and a winner who shows good field vision enough to hope for more. An accurate timing passer at his best, Book has a bit of a wind-up delivery that may need to be tweaked. The 4th round was a bit too high for him in my opinion.

Young is big and physical with a rugged playing style. He shows good initial quickness and enough mobility to close space on a defender. A sturdy and strong prospect with a wresting background, Young is a good and effective run blocker who gets good movement. He has been a starter at left tackle for the Wildcats for 2.5 seasons but may benefit from a move to guard. A better run blocker than pass blocker at this time, has shown steady improvement but still needs development in that area. He missed the 2018 season with a torn ACL but came back to start every game the past two seasons and earn All-SEC recognition.

Baker has good run after the catch ability. He tracks the ball in the air well and has enough speed to get deep. Versatile as a strong player with great initial burst, he can play in the slot and outside. Baker has the size and the length to win contested balls. He is not elusive, however, and doesn’t get to top speed quickly despite his tested time (fastest 10-yard split among 2021 receivers tested). He will body catch too many balls instead of securing with his hands. Baker’s highlights show glimpses of a receiver who can do it all if consistency can be found. 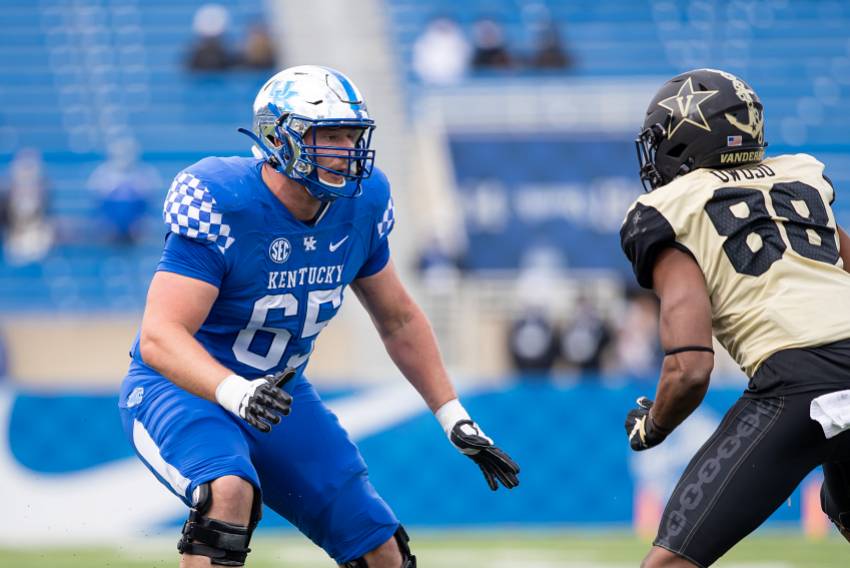 It’s player development, not a draft grade, that’s most important for Saints