No. 7 Houston uses strong second half to down Tulane in AAC Quarterfinal 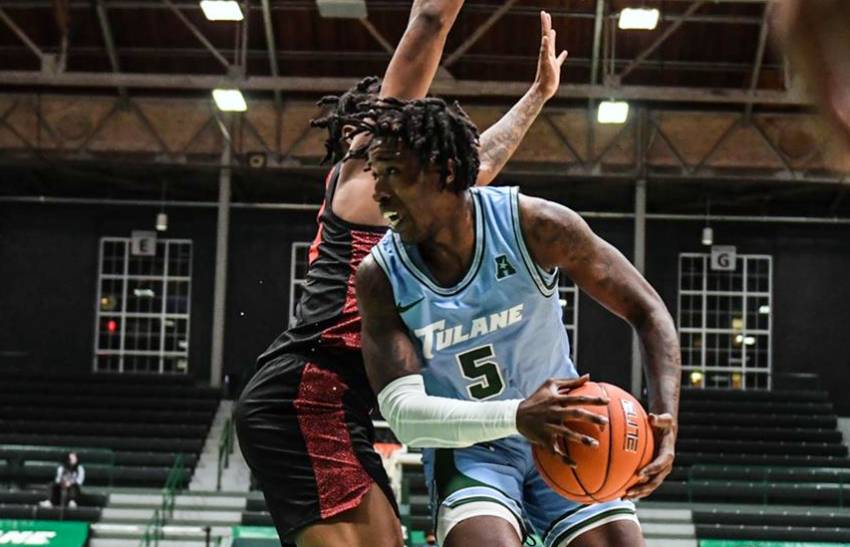 FORT WORTH, Texas – Seeded 10th, the Tulane men’s basketball team had its season draw to a close in a 77-52 loss to second-seeded and seventh-ranked Houston in the quarterfinals of the 2021 Air Force Reserve American Athletic Conference Championship on Friday evening at Dickies Arena.

As a team, the Wave dished out 15 assists and committed just nine turnovers on the night.

Tulane surrendered the first five points of the game in less than a minute, but the offense came out ready to attack as the Green Wave made their first four shots from the floor after a layup by Sion James with 15:49 remaining cut the deficit to two, 10-8.

Houston extended its lead to as many as six points, but the Wave were there to respond and keep things close for the duration of the first half. Tulane pulled within one, 26-25, on a tough layup by Jaylen Forbes at the 5:49 mark, however, the Cougars were able to hang on to take a 33-29 advantage into the locker room at halftime.

The Green Wave committed just one turnover while the Cougars did not have one and owned a 21-17 rebounding margin.

The Green Wave made some tough baskets on drives into the heart of the Cougars’ defense, but Houston proved to be more efficient with its shot selection and opened up its first double-digit lead of the night, 51-40, on a 3-pointer with 11:43 remaining.

Tulane got the margin back down to single digits briefly, but Houston kicked it into another gear offensively with ball movement along the perimeter, making seven second-half 3s at a 64-percent clip to pull away. The Cougars closed the game with 11 straight points as part of a 13-2 run.

DeJon Jarreau recorded a triple-double with 15 points, 10 rebounds and 10 assists, while Quentin Grimes added 15 points of his own.