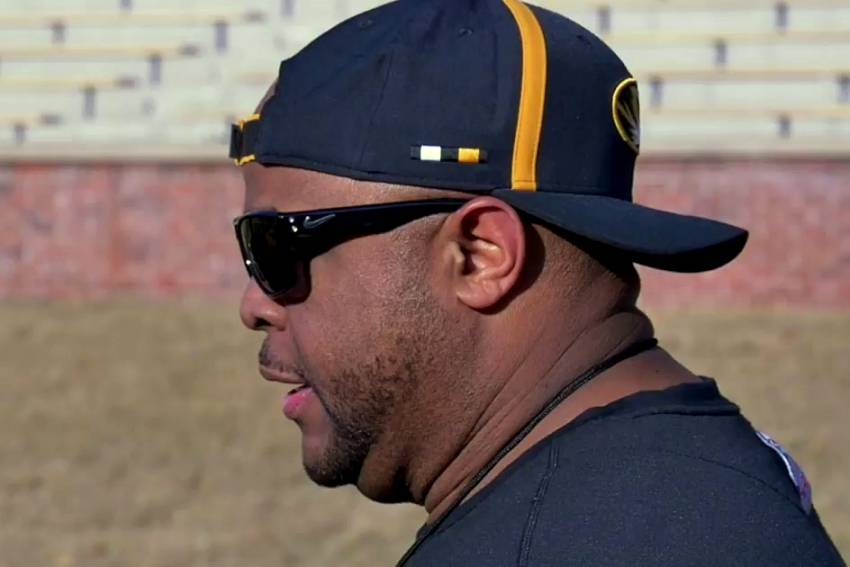 With recruiting in college football ratchetting up significantly beginning this weekend after a year or so of dealing with COVID, it was vitally important for LSU to make a smooth, quick transition following the dismissal of offensive line coach James Cregg.

LSU will be hosting a camp as well as some key recruits who have already have their stops scheduled. The Tigers may have one chance to make a big impression. You want all of your coaches on board.

The Baton Rouge native has made 11 different stops during his college football coaching career to date. He has doubled as a run game coordinator at five of those school.

Sometimes the best players don’t make ideal coaches. Occasionally, they find it challenging to accept that every player can’t be a star. Others simply exceed expectations through sheer effort and diligence to detail, displaying solid technique and a non-stop, snap-to-whistle approach. Brad Davis fits comfortably in the last category.

During the Class of 1998’s recruiting process, Davis had primarily been a lead blocker on a running plays at Belaire High School. He opened eyes with his quickness downfield to make blocks ahead of the play. Far from a lightly-regarded prospect, he was recruited by Oklahoma, Oklahoma State, Tulsa and Mississippi State. Davis chose the Sooners.

As a 6-foot, 306-pound guard at Oklahoma, he was a redshirt in 1998 and spent 1999 on the scout squad. In 2000, he played in one game for the eventual national champions of head coach Bob Stoops. In 2001, Davis replaced an injured Mike Skinner in the starting lineup against Texas Tech. He also served as a backup center.

“I like playing anywhere,” Brad Davis told the Oklahoman back then. “Anywhere I can get on the field and make an impact, I’ll play there. I come out here everyday and practice like it’s my last play.”

“He is going hard as anyone. He’s playing physical. He’s tough and he’s got a good attitude,” Wilson commented.

Even as a player at that time, Davis was on the path to his coaching journey, attempting to help a player competing for his spot. Redshirt freshman Kelvin Chaisson was an individual who the OU staff regarded highly but he was not meeting expectations. Chaisson needed a boost.

Overlooking his own desire to play, Davis recognized the potential of Chaisson.

“He’s got such talent, raw talent. (Chaisson) is going to be a great player. I’ve kind of taken him under my wing because I’m a senior,” explained Davis at the time. “He’s one snap away from being a starter. Some of these guys, they just don’t know how much capability they have. I’m an old, short, fat guy. He is very talented, man.”

The 2002 Sooners were a special group, finishing 12-2, beating Colorado to capture the Big 12 Championship and taking down Washington State in the Rose Bowl. Starting quarterback Jason White won the Heisman the following season (2003). Wide receiver Mark Clayton was the first round pick of the Ravens in 2005.

Brad Davis played on a top ranked offensive line. Left tackle Jammal Brown was the first round pick of the Saints in 2005, playing eight NFL seasons and making two Pro Bowls. Davin Joseph, a first round choice of the Buccaneers in 2006 lasted nine years and also made a pair of Pro Bowls). Interior lineman Wes Sims also spent two seasons in the NFL.

But guess who was voted the team’s most valuable offensive lineman in 2002? None other than Baton Rouge native Brad Davis.

Fast forwarding to now, Davis shares a close bond with Arkansas head coach Sam Pittman, once recognized as college football’s premiere offensive line coach. Their relationship goes back to 1998 when Pittman was the offensive line coach at Oklahoma and recruited Davis for the Sooners. Pittman was the first person Davis called when he considered a coaching profession. USC made a strong run at Davis back in January of this year but Davis stayed in Fayetteville.

Many speculated that the bond was too solid to split up after just one season. The allure to return home was just too strong or Davis to ignore.

Davis is a hands on coach. He has demonstrated the ability to raise the productivity of his players, concentrating on hand placement, footwork, technique and effort. He has a tireless work ethic. His troops have shown improvement in pass blocking skills everywhere he has been.

Also an excellent recruiter, Davis can zone in on player strengths and weaknesses, projecting on how a prospect can fit into his offensive line.

The 41-year old is not much of a traveler during his free time. Davis always considered returning to Baton Rouge as an ideal vacation. He is now back home, tasked with the responsibility of resurrecting the Tigers offensive line after a subpar 2020 season. Call it an extended vacation.