Homecoming contest versus HBU doubles as 2021 Strawberry Stadium debut for No. 11 SLU 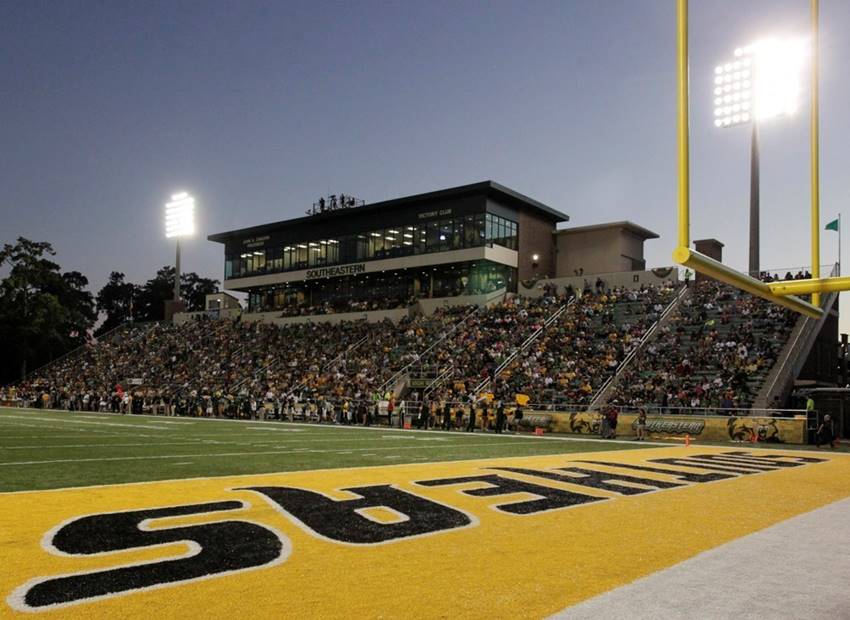 HAMMOND, La. – The No. 11 Southeastern Louisiana University football team will officially open its home schedule with a 4 p.m. Southland Conference contest versus HBU for Homecoming Saturday in Strawberry Stadium.

This year’s Homecoming has special meaning for the Lions (4-1, 2-0 Southland), who have opened the season with five straight road games due to the effects of Hurricane Ida. SLU has responded exceptionally to the adversity, as head coach Frank Scelfo’s squad is off to the program’s best start since 1980 and has achieved the highest ranking for Southeastern since 2014.

“We can’t wait to play in front of our fans this week,” Scelfo said. “We have a special group of guys and are playing an exciting brand of football. We want to invite everyone out to Strawberry Stadium to enjoy the product we’re putting on the field. If you’re a college football fan, we expect that you’ll like what you see.”

Southeastern extended its win streak to three games with a 58-48 shootout win over No. 25 Nicholls last Saturday. The Lions finished with 573 total yards and recorded 32 first downs in the victory. Senior quarterback Cole Kelley, who was named the Stats Perform FCS National Offensive Player of the Week, CFPA FCS National Performer of the Week, as well as the Southland Conference and Louisiana Offensive Player of the Week, threw a career-high five touchdowns to go with 406 yards on 29-for-38 passing, while also rushing for a pair of scores.

Alexis Ramos was named the Southland Conference Defensive Player of the Week after finishing with a game-high 12 tackles versus the Colonels. Zy Alexander and Alphonso Taylor each recorded interceptions in the win.

Larvadain made the game’s biggest play on Saturday in Thibodaux. His 100-yard kickoff return for a touchdown late in the third quarter quelled a Colonel rally and earned him conference Special Teams Player of the Week accolades.

Gifted with a vast array of weapons at the skill positions and a consistently excellent offensive line, Kelley leads the FCS in completion percentage (74.5), points responsible for (152) and total offense (440.4 ypg), having thrown for 1,999 yards and 18 touchdowns, while also rushing for a team-high seven touchdowns.

Southeastern is 11th in FCS with eight interceptions. Taylor and Alexander lead the team with two picks apiece, while Justin Douglas, Justin Dumas, Ferlando Jordan and Terrell Carter each have one apiece.

Buoyed by his record-tying return on Saturday, Larvadain is second nationally with 35.6 yards per kickoff return. Mateo Rengifo has made both of his field goal attempts, is 31-33 on PAT’s and has 17 touchbacks to his credit, while Austin Dunlap is averaging 42.8 yards per punt, having punted just eight times in five games.

The Huskies come to Hammond in search of their first win of the 2021 season. A fourth-quarter touchdown allowed Northwestern State to edge HBU, 21-17, last Saturday in Houston.

Opponents are averaging 438.2 yards and 35.6 points per game versus the Huskies. Brennan Young paces HBU with 47 tackles and 6.5 tackles for loss.

Saturday will be the seventh meeting between the two teams. Southeastern has won the previous six games versus the Huskies.