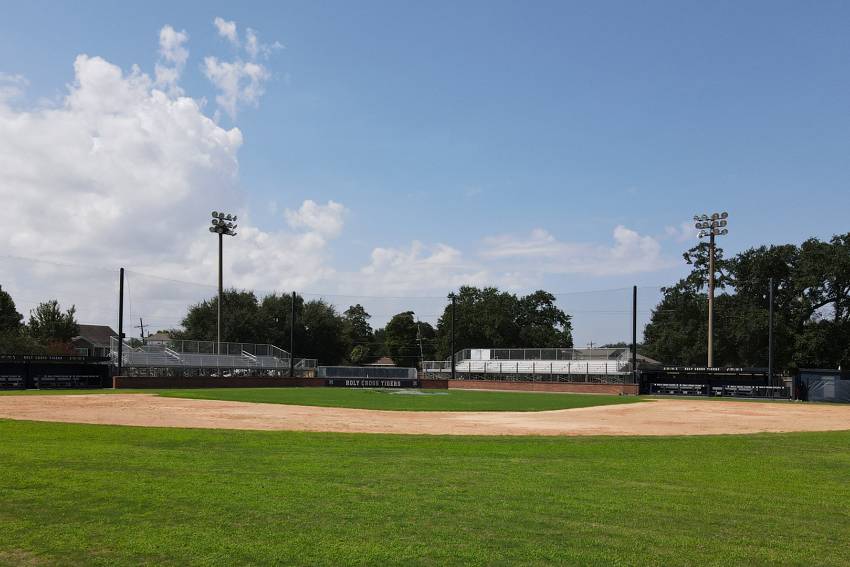 Coach Barras is a St. Bernard Parish native and graduate of Holy Cross School doing so with a 4.2 G.P.A. and being awarded the Holy Cross Man award. In his high school career, Barras was awarded all-district, all-parish, all-metro and all-state honors for his performance on the baseball field as a senior.

He continued his baseball career at Spring Hill College where he was a two-time first-team all-conference performer and won the freshman of the year award in the Gulf Coast Athletic Conference. In the classroom, he graduated with a degree in Public Relations/Journalism and minors in Business Management and Finance.

After college, Barras moved to the Philadelphia area where his first coaching job was with the St. Joseph’s University baseball team. There, he coached for two years alongside head coach Shawn Pender and lowered the team’s ERA by two full runs. One of his pitchers signed with the Washington Nationals. He also worked with the team’s infielders, resulting in the Atlantic 10 conference’s highest fielding percentage. Barras finished his second season at St. Joe’s as the interim head coach and posted an 8-2 record with wins versus Georgetown and Seton Hall.

In his next stop, Barras became the head baseball coach at Episcopal Academy where he helped resurrect the program by raising its winning percentage 40 percent and going to the second round of the playoffs three consecutive years. Ten of his players went on to play college baseball — six in Division I and four in Division 2.

In the last two years while coaching at Episcopal, Barras was the field manager for Phillies Youth Baseball Academy in western Pennsylvania during the summers. After two summers, the Phillies promoted him to general manager full-time where he oversaw the entire operation. This included a territory of New Jersey, western Pennsylvania, and Delaware. His primary responsibilities were budgeting, marketing, working with community youth groups, speaking at local elementary schools, managing a staff of 150 employees, teaching all those employees the programs and proper techniques to execute, interacting with the parents and players that participated in the Phillies’ programs and coordinating the interaction between the Phillies’ players and campers. Barras also worked with Phillies players, former and current, in Clearwater, Florida.

Barras returned to the New Orleans area and helped start the baseball program while teaching Physical Education/Health and Emergency Medical Responder at Kenner Discovery Charter High School. The team won the school’s first varsity game in school history. In year two, the team went 8-2 in junior varsity play and the varsity team went to the playoffs in the team’s first season playing a district schedule.

“I am humbled and honored to come home to Holy Cross School as the new varsity baseball head coach,” said Barras. “I can’t wait to meet the players, parents, faculty, staff and Holy Cross community.”

Coach Barras is married to Nicole Barras, and they have a nine-month-old son named Brooks.

“Holy Cross School is fortunate and blessed to have a fine coach, leader, and role model join our Holy Cross faculty and staff,” said Headmaster William J. Gallagher. “He will be a tremendous asset to the team.”