Hannan looks to return to winning ways in 2022 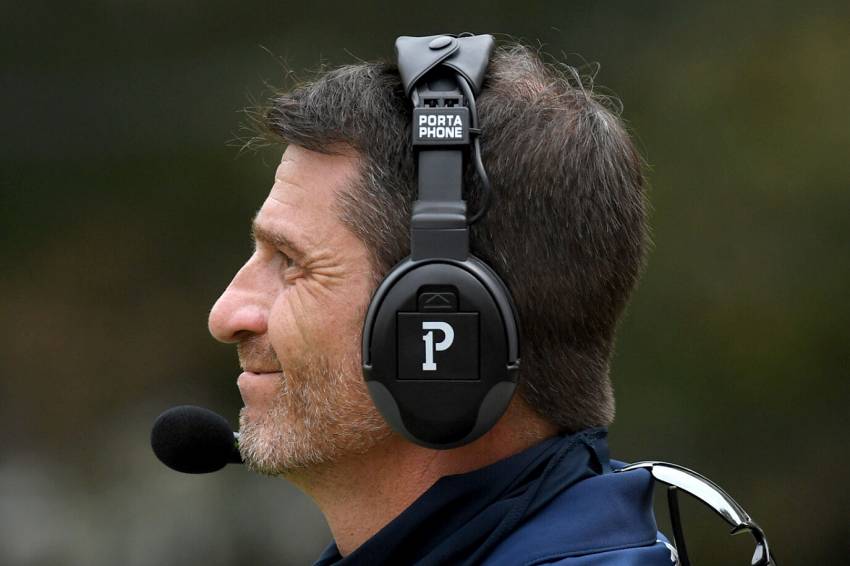 It was not the season that anyone envisioned.

After a good 2020 season in which the Hawks went 6-3 and reached the state quarterfinals, things went south in 2021 with Hannan falling to 2-7 and losing an opening round playoff game to Liberty.

Archbishop Hannan has been a solid program overall. In his second stint as the head coach at Hannan, Corey Bordelon is determined to return the program to winning ways in 2022.

“We had to replace a host of players, quite a few who went on to play in college and provided great leadership,” Bordelon said. “Last year was a young, inexperienced squad. This season is considerably more experienced than a year ago.”

The prognosis is good to do so.

The Hawks are an experienced team with 14 starters returning from a year ago.

That includes seven on each side of the ball.

Senior quarterback Billy Colomb (5-11, 200) is back to lead the way. Colomb completed 101 of 161 passes for 1,116 yards and six touchdowns with six interceptions and rushed 60 times for 185 yards and seven touchdowns a year ago.

Still, there is no guarantee that Colomb will start.

“The competition at quarterback is good,” Bordelon said. “Billy is a very competitive person. He was a wide receiver as a sophomore and filled the gap at quarterback last year. Brody Smith, who is a sophomore, is pushing Billy and they are competing week in and week out.

Senior Josh Alonzo (6-2, 200) returns as the primary ball carrier. Alonzo was an all-district performer a year ago, when he accounted for 1,300 yards of offense with 14 touchdowns.

“Josh is big and had a good season last season,” Bordelon said. “He got better as the year went on. He’s a young senior. He grew up from week one to playoff week one in awesome fashion. He really figured it out. He was a huge part of our team a year ago and will be huge this season.”

“Hayden was excellent for us last year, a bright spot,” Bordelon said. “He developed and grew into our best wide receiver as a freshman. He has a great future. The brothers watch and pull for each other and celebrate with each other. It is exciting to watch.”

The Hawks are bullish up front, with four starters returning on the offensive line.

“We’ve got great kids back,” Bordelon said. “Beau Armstrong moves from left tackle to left guard. Nolan Byer was a second team all-district player last year and is a brilliant student. He is our strongest player on the team and one of our smartest kids.”

The defensive line, like the offensive line, is a clear strong point, with all three starters returning from a year ago.

“We have three key players back up front,” Bordelon said. “Corey Charleston was all-district a year ago and there are not enough adjectives to describe how good he is as a player, person, leader and student. He anchors our defense. We are strong in the middle.”

The same is true at linebacker, where all three starters return.

“Wade is the energy guy,” Bordelon said. “He gets people in line and does not miss a call. As a sophomore, he was the swing guy two years ago who learned.”

“Obey was lights-out as a freshman,” Bordelon said. “He will play free safety for us. He will also play some offense. He is such a good athlete.”

Ethan Bearden is the kicker while Columb is the punter.

The schedule opens with Chalmette at home before road trips to E.D. White, Ascension Catholic and Northlake Christian. The final non-district contest is against St. Thomas Aquinas at Strawberry Stadium.

“We are excited to play Chalmette,” Bordelon said. “That was the root or our school, in St. Bernard Parish. E.D. White is next and so good and played in the title game last season.. Ascension Catholic, Northlake Christian and St. Thomas Aquinas are worthy, challenging opponents.

“It is a very competitive, well coached district. Guy Lecompte and Brent Indest are proven successes. Eric Chuter has gotten it going at Salmen. Eric Collins is a Wing-T guru and Sam Messina has always been outstanding. It is going to be a fun district.”

With an experienced coach and team who are determined to put last season behind them, look for the Hawks to take a definitive step forward in 2022.

“We are extremely motivated to erase the memory of last year,” Bordelon said. “When you lose, it teaches you and reminds you of where you don’t want to be. We fell short and we have grown and improved through it. We feel we have weathered the storm and are ready to win. We were ahead in six of the seven losses. We know we can win.”