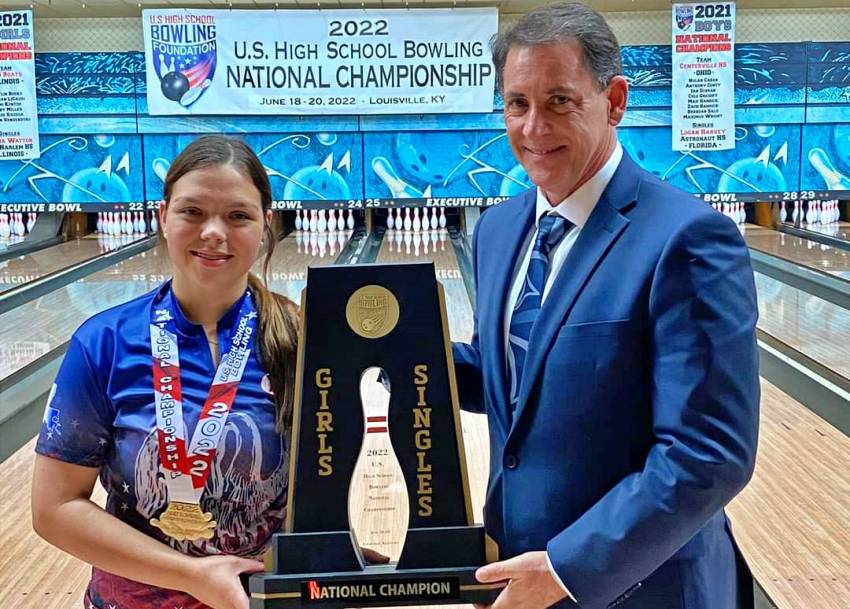 LOUISVILLE, Ky. – Jayden Hauck of Hammond proved to be the best when it mattered most Monday.

Hauck fired her best game of the tournament in the championship match to claim the girls singles title at the U.S. High School Bowling National Championship at Executive Strike and Spare.

No. 2-seeded Hauck defeated top-seeded Cara Beissel of Seabreeze, Florida, 249-222, for the title, after advancing out of a one-game rolloff against the third and fourth seeds.

Hauck, who qualified third for Monday’s elimination rounds, never dropped below the No. 3 position. She moved into second place after the third elimination round and remained there, averaging 225.9 for 11 games over the two-day singles event.

Hauck claimed the first national championship for Louisiana since the event began in 2016.

Two other southeast Louisiana bowlers finished in the top 35 of the event, which attracted 258 girls competitors from 20 states. Allison Olivia of Dutchtown got into the third elimination round before finishing 21st, averaging 199 for the week, while Layla Legendre of 2022 girls state champion Denham Springs was 34th with a 192 average.

On the boys side, senior Ricky Carmona of four-time defending boys state champion Brother Martin was the high finisher from Louisiana, reaching the third elimination round and finishing 29th of 356 boys competitors. Carmona averaged 211 for seven games.

Three of Carmona’s Crusader teammates – Ashton Catalinotto, Dylan McDonald and Carson Colletti – made the initial cut but were knocked out in Monday’s first elimination round.

The singles competition wrapped up the three-day event, which began Saturday with the boys and girls team event. Brother Martin’s boys finished 16th, while Dutchtown was 14th and Denham Springs 18th in the girls division.