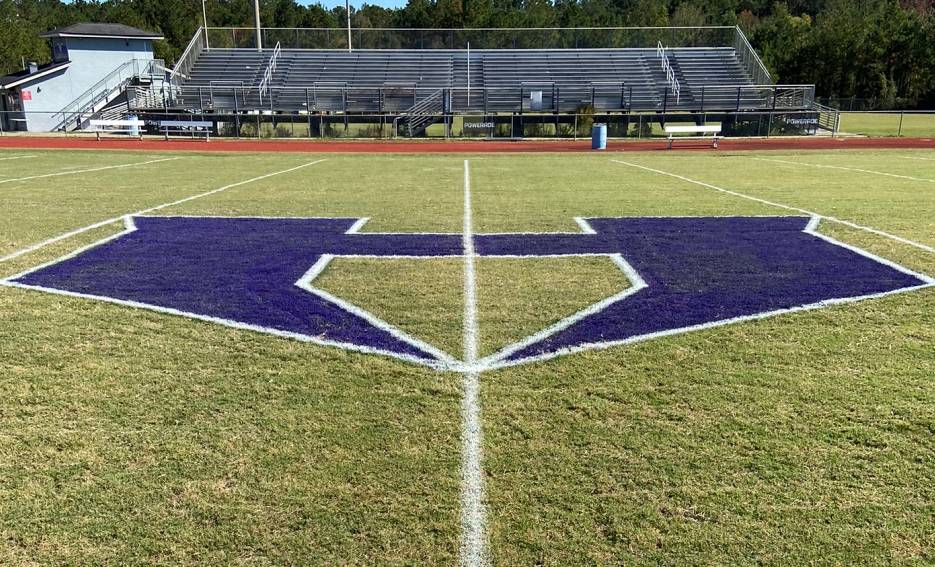 Hammond High has been a hammer of a program in previous times. The Tornado won a state championship in 1970 and made deep playoff runs on several other occasions.

That has not been the case in recent years.

As a linebacker at LSU, Buckels won a national championship in the 2003 season under the ultimate winner in Nick Saban.

In high school, Buckels won a state championship at Amite under another superb coach in Donald Currier.

Buckels previously served as the head coach at Capitol High.

Entering his third year on the job, Buckels has taken the essential steps necessary to rebuild a program and to build a winner.

Buckels comes from a family of coaches, with three of his brothers having ventured into that profession as well.

The Tornadoes must replace quarterback Devin Daniels, a two-sport star in football and basketball.

“Devin is a big loss,” Buckels said. “He is special. Junior Caden Jacobs hurt his elbow last year and he is the person to replace Devin and he is working hard, stepping up to the challenge.”

Hammond returns four starters on offense and four on defense in 2022.

The top player is senior Jahiem Johnson (6-0, 185), who is a standout at wide receiver and defensive back.

The wide receiver position is a real strength as it includes senior Ray May (5-9, 175), senior Bradney McGary along with junior Leon Winsbury (5-7, 145).

“We have Johnson, May and McGary who have stepped up for us and are returning starters,” Buckels said. “Winsbury will start as well. It is all about timing with a new quarterback.”

Senior Tyrese Wilson is a talented running back.

“Tyrese was in the rotation a bit last year and he has been working really hard,” Buckels said. “Chris Dunn is the backup and he will play quite a bit.”

“Adelison is a returning starter for two years now,” Buckels said. “He is our leader. Jamir Francis moved over from defensive line to left guard and he’s transitioned very well. Cannon is our center and he played a lot at right guard last year. Jaden Roberts is our right tackle and this will be his first year of varsity. Deldrin played a little last year and he will be our left tackle.”

Up front on defense, the starters are all new, including Earl Merrell and Roy Parker on the outside, along with Israel Amacker and Darius Servick on the inside.

“We have all new starters up front on defense,” Buckels said. “Merrell and Parker will play the end spots. Servick moves from offensive tackle to defensive tackle. Amacker is new as well. This group will have to grow up early as we are inexperienced but all those guys are working really hard.”

Inside linebacker Dustin Foster returns to anchor the second level and he will be joined by Bradley Abron .

“Foster is a returning starter while Bradley is a first-year starter,” Buckels said.

“Jermaine started the final three games for us last season,” Buckels said. “Darin Sibley will play corner for us while Jaheim Johnson will play safety, as will Ray Mays, who will play some there as well. Bryce Carter will also start.

In he secondary are Johnson, along with returning starter Jermaine Davis and Javion Jones.

The schedule opens with Class 3A power Amite at home at Tornado Alley on Sept. 1 before a home game with Riverdale. A trip to South Terrebonne follows.

District 6-5A play begins in week four at home against Fontainebleau on Sept. 23 before a home game with St. Paul’s. Then comes a road trip to Slidell and a home game against Covington. The Tornado then heads to Northshore before hosting Mandeville. The regular season concludes at Ponchatoula on Nov. 4.

“I expect my guys to go out and compete,” Buckels said. “Amite is always tough and is a defending champion. The league is always tough. That will be no different. It is very competitive. I feel we will compete a lot more than last year. Our team motto is ‘team over me’ and that is what we are doing here.”

Coming off a 2-5 season, the Tornadoes are looking for improvement in the building process. With patience and with a coach accustomed to winning big, Hammond should have a bright future.

“We are trying to build something special,” Buckels said. “We had an opportunity to go to the TCU camp and things started to come together for us as we trusted one another. There is clear team bonding now which took time to build, on and off the field. Everyone is working together to be great. That’s our goal.”