Robison, a transfer from Vandebilt Catholic, was ruled ineligible for his senior season based on the LHSAA’s “undue influence” recruiting rule. Former Vandebilt head basketball coach and assistant football coach Drew Robison ‘s contract was not renewed by the Houma school in April. The family moved to St. Charles Parish.

Robison, his parents, Saltaformaggio and Hahnville principal Brian Lumar all pleaded their cases on the circumstances regarding the quarterback’s move to Hahnville. The LHSAA violation centers around Robison’s use of a Hahnville jersey given to him by Saltaformaggio for a photo shoot while not officially a student at his new school. 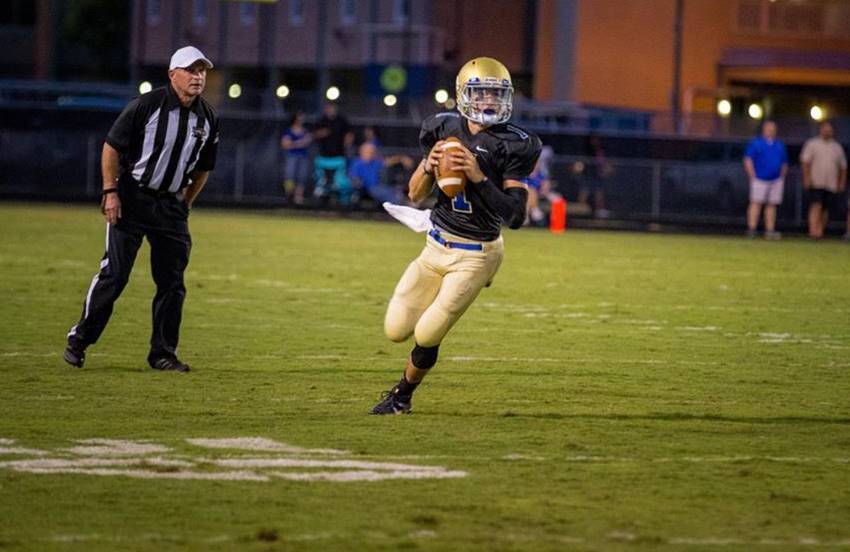 The family of Hahnville quarterback Andrew Robison - who lost an appeal on Thursday with the Louisiana High School Athletic Association's executive committee - will "explore all legal options available to them."

“Today is not only a disappointing day for Hahnville High School, Andrew Robison and the entire Hahnville community, but it’s a sad day for high school sports across the state of Louisiana. The school is dismayed at the LHSAA Executive Committee’s decision to uphold the Executive Director’s original ruling that resulted in penalties against Andrew, Coach Saltaformaggio, and the school. The facts presented to the LHSAA’s Executive Committee at today’s appeal showed the ruling was based on assumption without fact or merit. This has left a senior student-athlete distraught and heartbroken without the hope of playing football during his senior year. This is an injustice and goes against everything LHSAA claims it stands for in its constitution which states that the LHSAA is “vitally interested in the welfare of every boy and girl participating in its athletic contests.” This committee has overturned or reduced penalties for actions far more egregious than the conduct at issue in this case. We are disappointed by today’s decision and are considering all options available to us, including arbitration.”