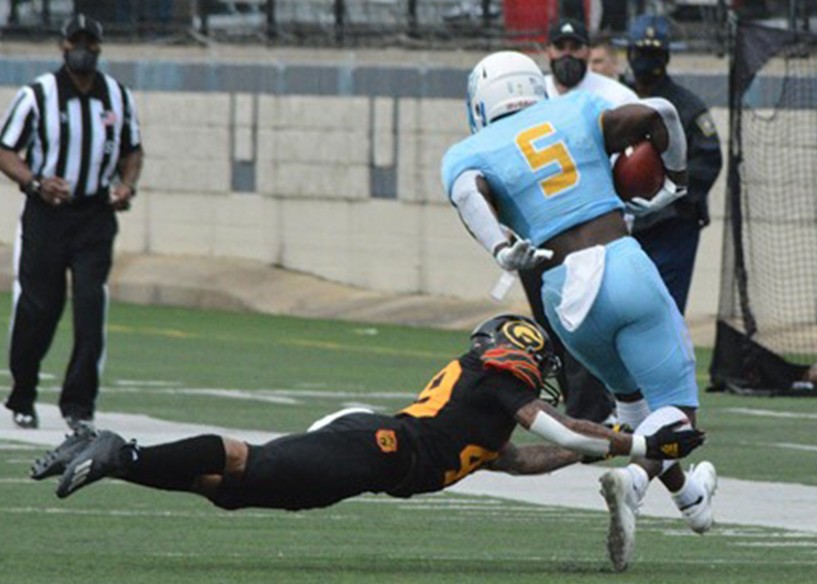 Do you know what it means to miss New Orleans?

The Billie Holiday and Louis Armstrong song was in my mind’s eye Saturday as I followed the Bayou Classic.

That is most likely the feeling of players, coaches and supporters of Southern University and Grambling State.

Normally the ultimate holiday for followers, this year’s event was a mere afterthought to most casual observers.

The strong following typically associated with the game was not present, kept at arm’s length by the continuing pandemic that has continued to be the scourge, the bane of our existence.

There was a football game played at Independence Bowl Stadium in Shreveport Saturday.

If you did not, you were not alone.

Playing college football in mid to late April is certainly not typical, expected or familiar to sports fans, unless, of course, it is a spring football game, such as the one at LSU Saturday.

The Bayou Classic was anything but a classic on and off the field.

On the field, Southern demolished Grambling 49-7.

The series has now tilted in favor of Southern, who now leads the Bayou Classic by a 24-23 margin since the creation of the event.

It was not expected to be a competitive game and, unfortunately, it was not.

There was not the week of events, the fanfare building up to the big game.

Glaring in their absence were the tremendous bands of each school.

There was no drama.

The game was over almost as soon as it began as Southern scored on its first three possessions.

Ladarius Skelton is a superb running quarterback and that was on full display again Saturday.

Skelton rushed seven times for 76 yards and two scores and completed 6-of-8 passes for 102 yards and a score and earned the game MVP award for the third straight year.

The Tigers averted a shutout on a 13-yard touchdown pass from Elijah Walker to Rayton Richardson.

Grambling (0-4, 0-4) had not played in nearly a month and remained winless.

There were limited expectations with the limitations of the game which were imposed.

The limited expectations were met across the board and that has nothing to do with Shreveport, which did, by all accounts, a nice job of hosting an event which could continue its wonderful tradition.

This was not the first time the Bayou Classic was held in Shreveport. That was also the case in 1973.

After that contest, the game was moved to New Orleans and played at Tulane Stadium in 1974 before the opening of the Superdome in 1975, which has been the permanent home of the game since that time.

In 2005, the Bayou Classic was played in Houston after Hurricane Katrina, which did substantial damage to the Superdome.

While the game was not good and the pageantry was clearly absent, it would have done damage to the great tradition not to play the game so credit goes to both schools for opting to play in the spring despite losing several players due to the pandemic and postponement of the regular fall seasons as both sided adapted, adjusted and overcame.

The game is virtually always a good game, the culmination of a week-long celebration, of a year-long expectation.

Seeing the cars flock into New Orleans with Southern and Grambling flags protruding from vehicle windows is always a welcome sight. Walking around New Orleans and seeing folks dressed in school colors is a sure sign of a good time coming and good times for tourism in the area. The Battle of the Bands is a one-of-a-kind event, hard for any others to match.

Now, we await the fall and November to see if we can once again experience the full, complete experience of a great game between the two storied HBCU schools of Louisiana playing in Louisiana’s premier building, in Louisiana’s entertainment and tourism-rich city.

For now, let’s be happy that the rivalry continued, that the game took place as we continue to return with great vigor to a sense of normalcy in our lives, collectively.