Grambling pulls away late for home win over UNO 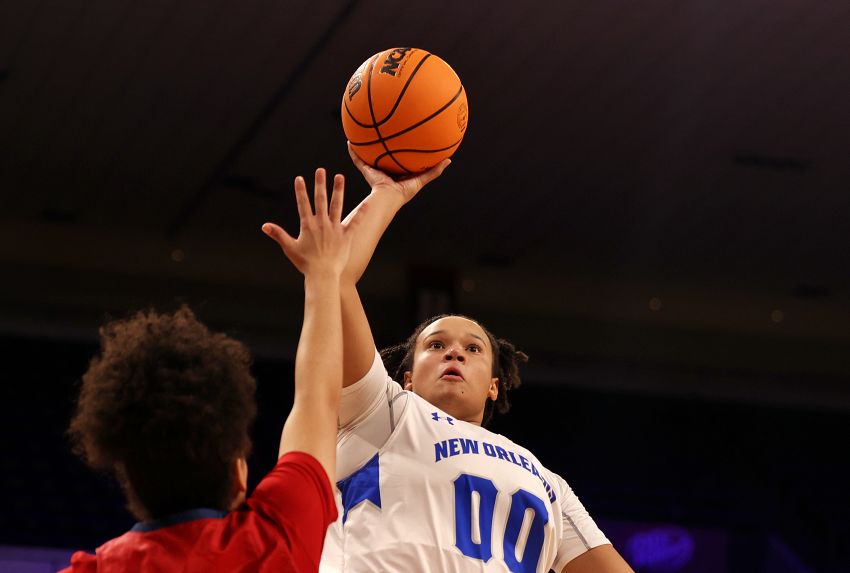 GRAMBLING, La. – The New Orleans Privateers (1-2) battled through a tight game for most of the night but fell victim to a late Grambling Tigers (1-3) run in a 69-59 loss on Friday evening at the Frederick C. Hobdy Assembly Center.

HOW IT HAPPENED
Though the Privateers controlled the boards for a good portion of the game, Grambling got key rebounds in a critical late possession. With the Tigers leading 62-59, Miracle Saxon got a rebound on a missed free throw. The Tigers then got three offensive rebounds and drained 1:12 off the clock before Phylicia Allen scored on a layup to increase the Grambling lead to 64-59.

The Tigers hit five late free throws to seal their first win of the season.

Grambling raced out to a 10-4 lead but the Privateers settled in and started getting paint touches. 10 of their first 15 points were in the paint and the other five were at the free throw line. The Tigers wound up leading after one quarter by the score of 19-15.

Neither team could gain any separation throughout the first half. After the initial burst by Grambling, neither side led by more than four points for the entire second quarter. New Orleans grabbed the lead on a couple of occasions but an Amanda Blake layup inside the final 10 seconds of the half gave the Tigers a 31-30 lead at the break.

DeArica Pryor, who picked up her third foul late in the second quarter, had 10 points and four rebounds in the opening 20 minutes. Pryor finished the game with 14 points and seven rebounds.

Grambling had three in double figures, led by Saxon who had 17 points. Colbi Maples finished with 12 points.

NEXT UP
The Privateers travel to Lorman, Miss. to face Alcorn State on Tuesday, Nov. 22.