Golden Age of Saints football truly all about Payton and Brees 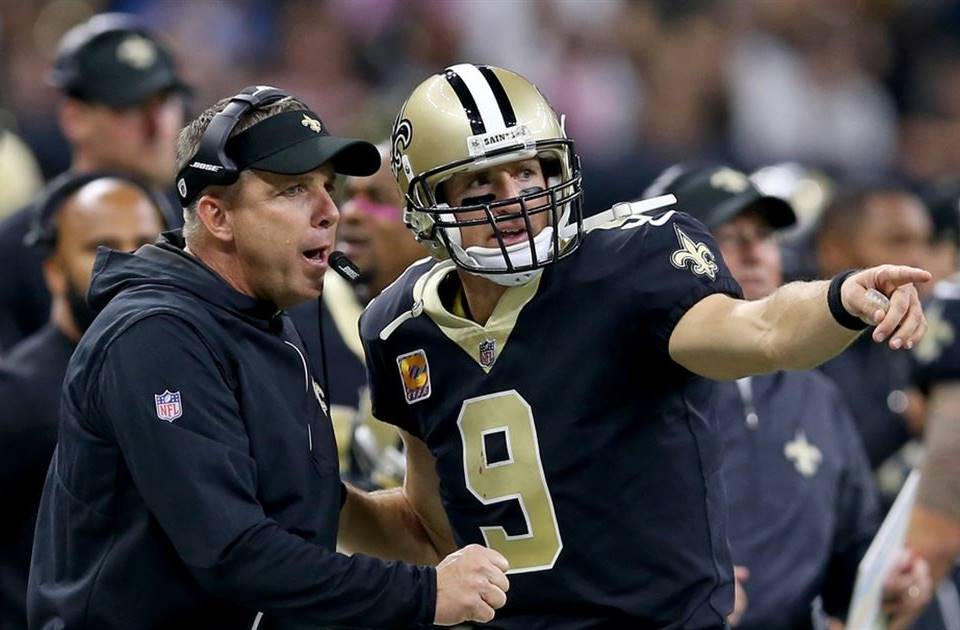 For those of us blessed to have been born and raised in this area and now in the senior citizen category, we have been privy to the complete 55-year history of the New Orleans Saints.

Though the journey has been fun, it has often been an exercise in both futility and frustration.

Of course, in the first 21 years, the franchise languished in losing and ignominious failure with no winning seasons.

Finally, Jim Finks and Jim Mora formed a dynamic duo which provided New Orleans with a winner, credibility and a sense of pride. “Who Dat?” became as household phrase that remains both viable and popular.

After Finks got ill and eventually passed away, the core group of players who helped the Saints to four playoff appearances from 1987-1992 aged and eventually departed. There was an organizational leadership vacuum and ultimately, the franchise slowly faded into mediocrity and eventually into oblivion.

Randy Mueller and Jim Haslett had a special season in 2000 when the Saints won their first-ever playoff game.

Through the awful season of 2005, the Saints had enjoyed just five playoff appearances and one playoff win in 38 years.

Sean Payton arrived in the midst of devastation to a city and region with mass departures of citizenry.

Mickey Loomis had the foresight to take a chance on a young assistant who had never been a head coach previously. Loomis struck gold for the black and gold.

Payton and Loomis took a chance on Drew Brees when no one else would. It was a career-making, franchise-making decision.

Brees and Payton became joined at the hip.

They were inevitably, inexplicably tied together.

The feeling here was that the two who came in together would likely depart together.

Payton lasted just one season without Brees, whom he tried to talk into returning in his final season.

Thankfully, Brees resisted the urge to play with a woefully inadequate offensive unit in a Monday night game in Miami.

The 2006 season was special and so was Payton.

The 2009 season is the remembrance of a lifetime, a magical job and time for Payton.

So were the nine playoff appearances and three NFC title game appearances.

This past season, Payton did not have Brees for the first time.

Payton had to relocate his team after Hurricane Ida.

The Saints had to play a “home” game in Jacksonville to start the season.

Then came COVID issues which crippled the team’s chances to win at least one game, if not two.

Then came a slew of key injuries, before and during the season which torpedoed any chance the team had of contending for a championship.

Having to use four quarterbacks, four kickers and several players who are clearly not the caliber of NFL starters, Payton coaxed nine wins out of a very limited offensive team whose numbers and productivity clearly reflected that. Payton even had to miss a game.

The Saints drilled the Packers and swept the Buccaneers. The Saints had the Titans beat and should have won that contest.

There were the disappointments, including the 2011 team, arguably the most talented in franchise history, which lost in the final minute at San Francisco.

The 2012 season was a tough time, a terrible memory and it took a season away from a group that had a chance to win with Roger Goodell’s iron-fisted, harsh judgment and punishment levied on Payton and his football team.

There was the “Minnesota Miracle” in the 2017 playoffs which really stung.

Then, there was the “Nola No-Call” in the 2018 NFC championship game which will always linger.

The critic will always point to winning just one Super Bowl.

The supporters will always point to winning a Super Bowl.

To take a franchise from the vast failure over most of 38 years and from the destruction of Hurricane Katrina to the pinnacle of success stands very strongly on its merit.

Payton did a terrific job in New Orleans.

While my media requirements had me interact with Payton, particularly in the early years, our relationship was developed through another entity which I am deeply involved with.

Payton was an ardent, enthusiastic supporter of the Saints Hall of Fame, something each and every one of our board members, volunteers, Saints alumni and Media Selection Committee members deeply appreciate.

In the ultimate ironic twist, Tuesday was a day where we scheduled our Saints Hall of Fame Media Selection Committee meeting to nominate and consider our Hall of Fame Class of 2022.

We were in the midst of the meeting when the word came down about Payton deciding to depart his job of 16 years with the New Orleans Saints.

Since he arrived in 2006, Payton was fully engaged in helping rebuild the community and helping to rebuild a franchise in the midst of a stadium basically being rebuilt.

Payton was fully engaged in the history of the franchise, in the former players, and he went a long way to establish strong relationships with most of those individuals, who were not always on the best of terms with the organization.

As such, Payton was fully engaged in the Saints Hall of Fame.

Every year, Payton would provide his opinion on those under consideration for induction. That was not the case this year and now we know why.

Then, Payton would attend as many press conferences and inductions for the Saints Hall of Fame.

Additionally, Payton helped plan and execute press conferences at the team facility to introduce our Hall of Fame classes.

Beginning in 2006, Payton, Loomis and the Saints became full sponsors of our annual Saints Hall of Fame Celebrity Golf Classic, playing in the event annually and delivering many of his current players to participate in the events, making them inherently better and more attractive to the general public participating in the events.

When Payton arrived, he asked me about Tom Dempsey, if I had contact with the Saints Hall of Fame inductee.

Upon answering in the affirmative, I put Payton in touch with Tom and they became very friendly. Payton eventually met Dempsey at the Saints Hall of Fame Museum in Kenner.

The backstory was a good one.

When Payton was a youngster, all of nine-years old, he was waiting by the gate where players exited the practice field at a Philadelphia Eagles training camp practice.

Payton got to carry Dempsey’s helmet to the dormitory at the training facility.

While many others passed by, Dempsey stopped to sign an autograph for Payton in very congenial fashion. Payton still has that autograph. It was Payton’s first autograph from a professional football player.

The seed was planted.

Rest assured, Payton will never forget New Orleans, where he is moving into a new home very soon.

In this life, nothing lasts forever. It is all temporary, fleeting in nature.

Knowing how good a coach Payton is and at his age (58), my guess is that he will coach in the NFL again while television is most likely the next step in his journey.

If he does, it will not diminish what he accomplished here and what he provided for a fabulous fan base.

If he wants to, he should as he is an excellent coach who still has game.

The time has come for a new chapter in New Orleans Saints history.

The historical perspective of the Saints was enhanced, basically re-written by Payton.

Payton’s time is gone as coach of the Saints but the memories will last forever as the Golden Age of the Black and Gold, in full concert with Loomis and Brees.