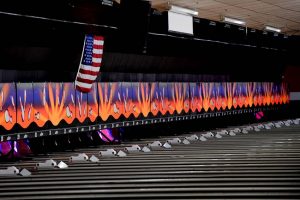 Archbishop Chapelle dominated over the final two games in a 25-2 victory over Academy of Our Lady Monday at AMF All Star Lanes in Kenner.

The Chipmunks, who have not lost a regular season match since 2018, led 6-2 after the first game and had a 48-pin edge in total pins, but fired team games of 955 and 1,006 to sweep all 16 points in the last two games, plus the three-point total pins bonus.

Laney Sasso paced the Penguins with a 485 series, including a 190 opening game.

Cabrini 13½, Kenner Discovery 13½: The match between the Crescents and Swamp Owls ended in a tie.

Cabrini, competing one player short, claimed all seven points it could earn in the middle game to take a 10-6 lead, but Kenner Discovery rallied to win 4½ points in the final game and hold on to its total pins edge to take the three-point bonus.