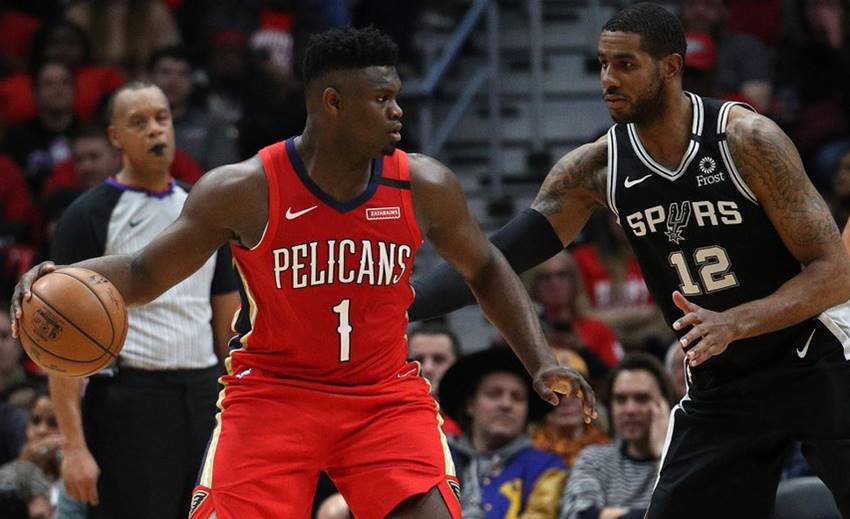 For the first time since March 8, the New Orleans Pelicans will play a league game.

For the sake of accuracy, the time between games will have been 144 days.

Young players have grown, physically and from a maturity standpoint. It will almost be like a sophomore year for rookies such as Jaxson Hayes and Nickeil Alexander-Walker.

Perhaps the biggest challenge for Alvin Gentry will be to determine how to figure out a consistent rotation with such a deep roster.

Clearly, Zion Williamson is a starter, if he is ready to go.

The same is true of Brandon Ingram, along with Derrick Favors, Jrue Holiday and Lonzo Ball.

There is no doubt that JJ Redick, Josh Hart, E’Twaun Moore and Nicolo Melli figure into the picture off the bench while Hayes will get his time as well.

That is 10 players, perhaps one more than some teams utilize in their typical rotations.

Of course, these are not typical times.

The lead-up to the seeding games was like training camp all over again.

As a result, top-shelf players may not play heavy minutes, as in 40 or more, at least, initially.

That opens the door for more, in terms of player quantity usage.

Frank Jackson was getting minutes and had some good games before the stoppage of play came in early March.

The other intriguing player to watch is Alexander-Walker.

Despite his length, penetrating ability and talent, Alexander-Walker was not playing at all prior to the season coming to a halt.

In the three scrimmage games, Alexander-Walker was the leading scorer for the Pelicans, showing the ability to penetrate and finish at the rim quite well with his left hand.

Of course, we have to temper praise for practice games. Let us not forget that New Orleans was 5-0 in preseason games.

Then came the loss of Williamson. Then came a 13-game losing streak.

Then, the Pelicans looked the part of a pretty good team getting better.

Zylan Cheatham, Jahlil Okafor, Sindarius Thornwell and Kenrich Williams are capable but will be on the outside looking in.

Matchups will certainly help dictate how Gentry utilizes his bench.

Williamson will almost certainly not play large minutes against Utah or even the Clippers.

The good news about having depth is that you have the comfort of knowing you can go deep into your bench without losing quality or dropping off in performance.

The bad news about having depth is that you have the discomfort of sitting players who can play and knowing when to push the right buttons.

That, of course, is a pleasant problem to have.

How will Utah perform without Bojan Bogdanovic?

Is their any lingering rift between Rudy Gobert and Donovan Mitchell?

How will the Clippers perform without Lou Williams?

With Williamson, the Pelicans are at full strength. They are motivated. Based on their 3-0 scrimmage game performance, they are ready.